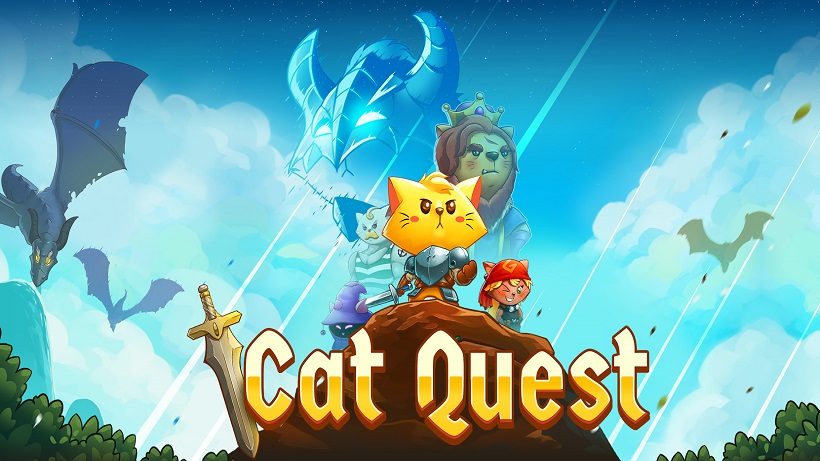 A Purr-lesant journey or another cat-napping yarn?

Ever looked at a cat and thought, what most RPGs are missing is more cats? Well, like the name suggests, Cat Quest might just be that game. After facing stormy seas, you find yourself washed ashore after your sister is catnapped – not to be confused with sleeping (which also saves the game) in this instance – by the villainous “Drakoth”. Once on dry land, you’re quickly familiarised with your new Navi-esque spirit companion Spirry; thankfully lacking annoying audible outbursts.

Things aren’t as they should be in the land of Felingard, suddenly you wonder if you’ve made a wrong stop in Skyrim as suddenly there is talk of dragons returning to the land, and it’s revealed you are apparently the last of the “Dragonblood”, meaning only you can bring an end to their return. 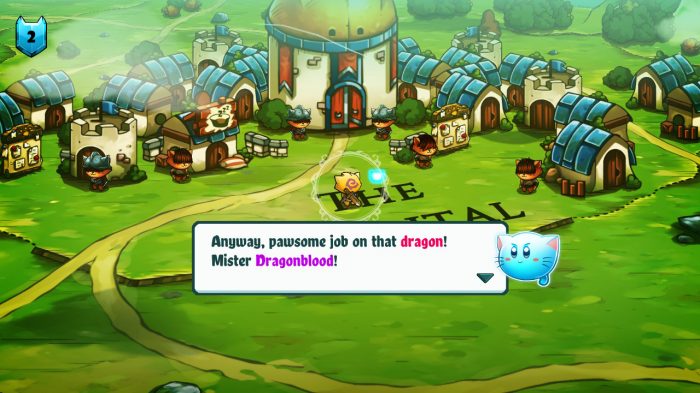 Felingard is beautifully depicted as a map like table-top diorama, and the painterly 2D characters all visually pop as they traverse the environment. Which is great, as you’re going to be running back and forwards across it a lot! Cat Quest makes use of most of the landmass that comprises Felingard, but areas of the periphery are mostly forgotten during the main playthrough of the game. Which is a shame, as these areas also bring some variety to the geography.

Combat – whilst simple – has enough depth to carry it through to the main ending. Y is used for all physical attacks, but it is the timed combination with pressing B to roll at the right time that is crucial. The true depth and learning experience come with the use of different magical spells, which can be assigned to the four shoulder buttons. Each magic type has a unique attribute that affects battle differently, and combining these enables alternate valuable strategies, especially later in the game. Attack, health, and defence are upgraded as you level up, but you extend this further via buffs gained by equipping different headgear and armour, as well which weapon you use. 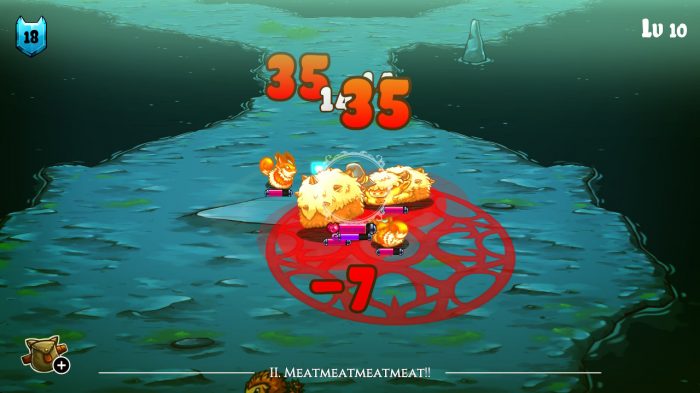 The game consists of a few main quests to move you closer towards rescuing your sister and of course dealing with that whole dragon problem. The main quests revolve around defeating individual elemental dragons, but each one is initially inaccessible, as you need to learn a specific skill necessary to reach them. However, these skills are tied to side quests, and these side quests strongly recommend that you reach a certain level, otherwise, the chances of you completing them are low, very low. 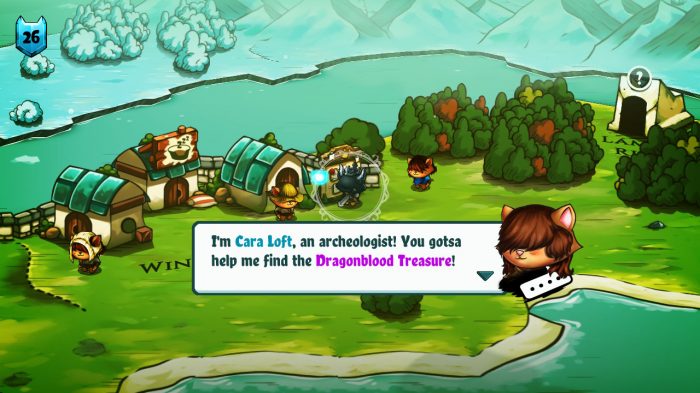 Not all side quests are directly linked to the main quest though, but they do make up the bulk of the game and are absolutely required to efficiently level up. Each cat settlement has its own quest line and completing them rewards you with a significant amount of XP and gold – in addition to the XP and gold you accrue during the quests themselves. Unfortunately, side quests are mostly variations of the same tasks, too often they will consist of going to a cave and defeating all enemies inside, or just generic fetch quests with the possibility of some combat. Thankfully, the dialogue that accompanies the side quests make it worthwhile, as it is self-aware, referential, and a-meowzing – although perhaps leans a bit too heavily on the cat puns. 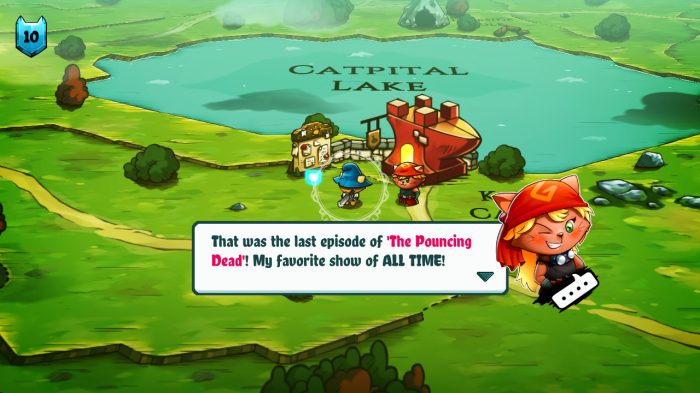 Cat Quest is a purr-leasing experience that pits cats against dragons in table-top action adventure. The combat provides engaging feedback whilst the cat-izens offer plenty of – mostly humorous – cat-based puns that both draw you into the world of Felingard.