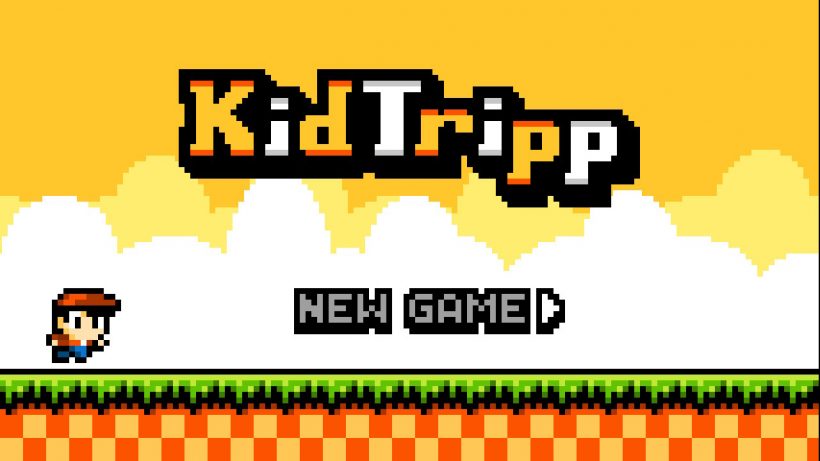 Tripping over its own feet?

Kid Tripp has found its way onto the Nintendo Switch after previously releasing on Mobile devices and the Nintendo 3DS. Given that handheld platforms have been the home for this game, it makes sense that developer Four Horses would take the time to bring it to Nintendo’s home/portable hybrid. 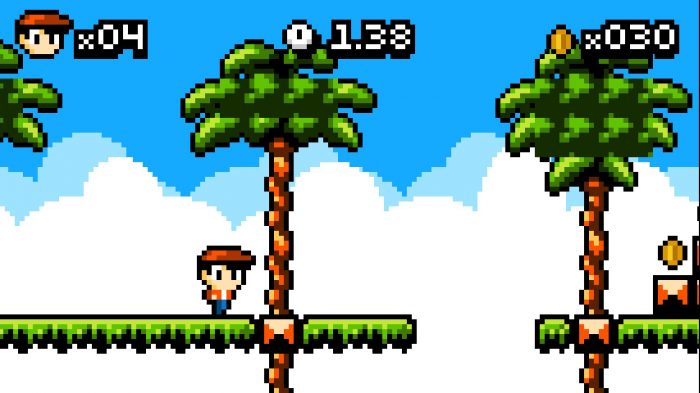 There’s no story in Kid Tripp but after some digging I found a brief synopsis online. Kid Tripp has found himself crashed on a desert island and the local wildlife hasn’t taken too kindly to his arrival, using rocks and his jumping ability he’ll need to find his way off the island. I disliked the fact that the game doesn’t include the story as a cutscene in game and that I had to search for it, as I’m personally not a fan of being thrown into a game headfirst without knowing what’s going on.

For those who haven’t experienced Kid Tripp previously, the game is essentially an auto-runner where you’ll need to jump over holes, spikes and enemies and you can also throw rocks at enemies to clear them from your path. The A, Y and LZ buttons allow you to jump and the B, X and RZ buttons are used to throw rocks. The only other input is moving the analogue stick to the right which will speed up your character. 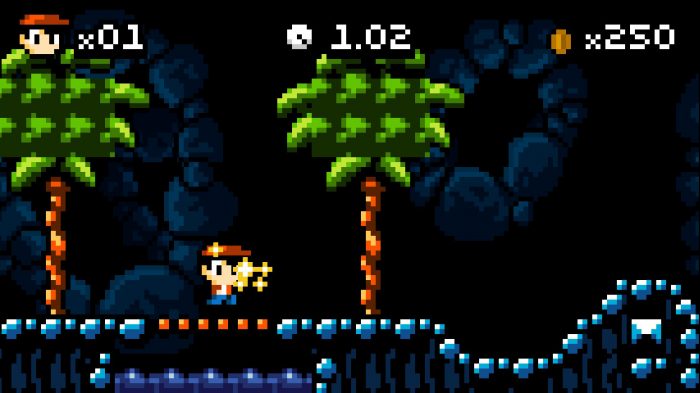 There are 4 worlds to traverse through in Kid Tripp, a forest area, a cave area, an ice area and a volcano area, they all have 5 stages in each world bringing it to a total of 20 stages, these start off relatively easy but do get progressively difficult, earlier levels will seem like a breeze and then the difficulty will eventually creep up on you and it may take more attempts than previous levels to progress.

At the start of each attempt you’ll have 10 lives, making contact with an enemy or falling down a hole will kill you and you’ll lose a life, Thankfully you can collect coins which are scattered across every stage and collecting 100 of these will reward you with an extra life. Getting a game over isn’t a big deal as you’ll be able to restart from the level you were on, however you’ll lose any coins you may have collected. 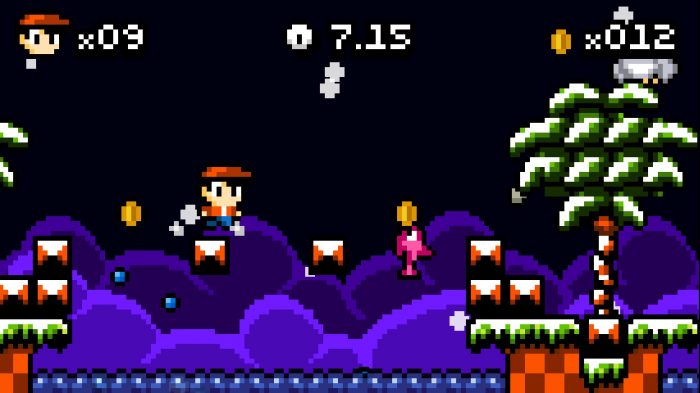 Kid Tripp is a beautiful game to look at, presented with some 8-bit visuals and some of the best pixel art I’ve seen in a Switch game to this point. There are plenty of wonderful sites to see, each environment looks unique and you can tell that the artists put a lot of time into the characters and enemies. On the flip side however is the soundtrack, each world has its own song that plays throughout the 5 levels of that world, and while they do seem catchy at first they can become quite annoying if you get stuck on a particular stage.

For its low price point Kid Tripp is also incredibly short, clocking in at around an hour to finish. As a port of a mobile title that might be expected. However, other than an in-game achievements list there’s no replay value and no multiplayer to enjoy so unless you’re a fan of beating your own scores, you’ll find it hard to enjoy Kid Tripp, in the long run. Especially when it can be bought at a cheaper price on other platforms.

Kid Tripp is a somewhat fun auto-runner game light on content but looks great and is priced generously. It has its frustrating moments, but there’s certainly worse games lingering out there on the eShop.