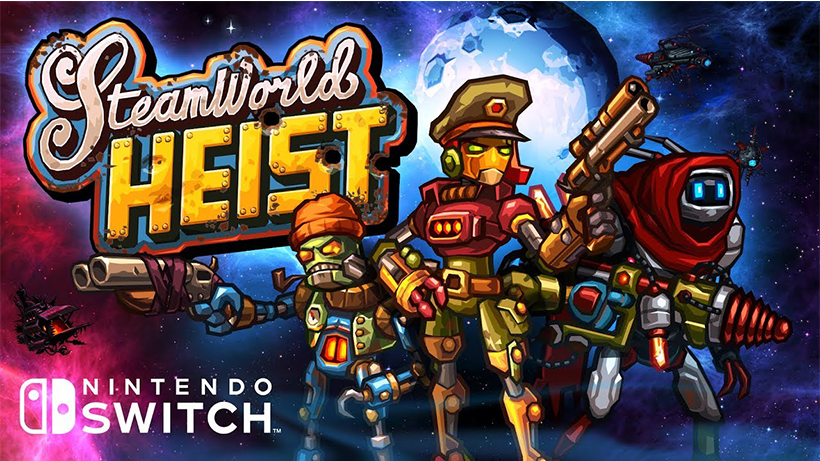 Developer Image & Form have announced that SteamWorld Heist Ultimate Edition will be coming to the Nintendo Switch.

You wont have to wait long to get your hands on the game either with the game coming out on 28th December. The game sees you in control of a group of steam driven pirates, looting procedurally generated ships via turn based shooting. For those worried about being at the mercy of the RNG gods though, fear not, SteamWorld Heist focuses on action orientated gameplay  with you in complete control of aiming your guns and taking down enemies. The Ultimate Edition will include all previously released DLC (1 new character, several missions, weapons and most importantly new hats) as well as some new optional touch controls. You can check out a trailer for the game below.

So are you looking forward to more heisting? Will you be picking up SteamWorld Heist on Switch? Let us know in the comments below.

SteamWorld Heist Ultimate Edition is out 28th December and will cost £14.99/$19.99. Stay tuned to the Switch Player for more information as we get it.