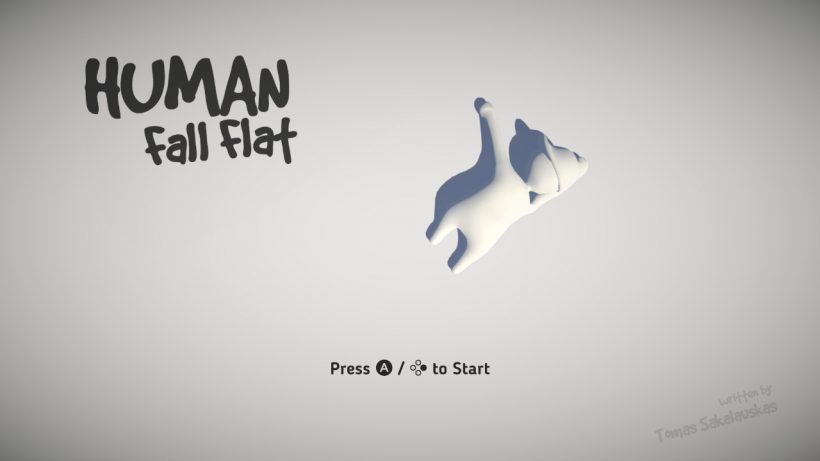 The art of breaking a game.

How often do you pay attention to recently deceased character models in games? Rarely, I presume. Unless it ends up in a humorous position it usually passes unnoticed. When a character dies and its body gets in a strange position, your experience is interrupted, as all immersion is broken – or sometimes it creates some of the funniest moments in gaming. Watching this phenomenon, some indie developers started to create experiences totally based on the possibility of playing around not only with ragdoll physics but also with game’s physics in general. Human: Fall Flat is one of these playgrounds, in which your worst enemy is the gravity itself. 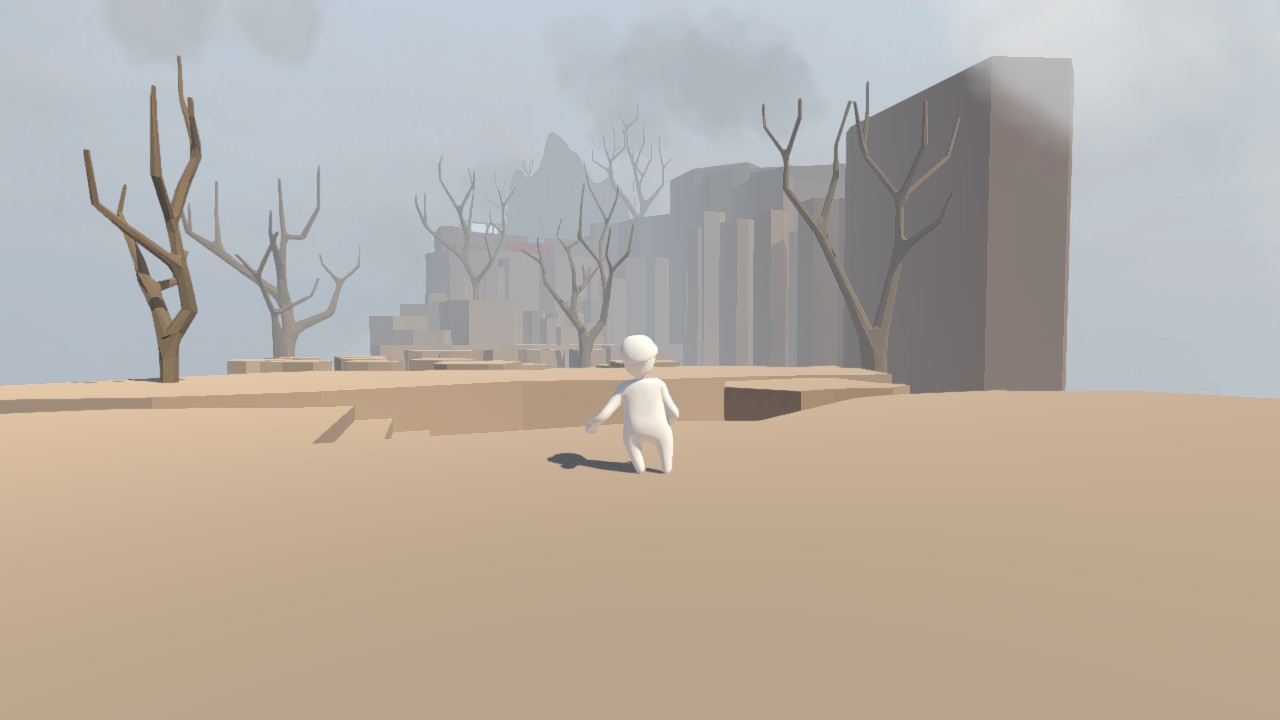 This is a rule that becomes very clear from the game’s own menus: you see your colorless character ‘falling flat’ to the ground. Gravity will do its trick once again when you choose to start a new game or resume your last save. This time, though, your character will fall to the current level you’re in. From there, without a care in the world to anything that may sound like a narrative, you’ll have to play with the game’s physics, interacting with mechanisms, pushing objects, and trying to get any kind of dominance over the wonky controls that makes everything both funny and rage-inducting. You’ll do all that in order to get to the end of the level, and literally fall to the next one.

When I say Human: Fall Flat is all about playing with game’s physics, you can consider all kinds of possibilities that come with this. As you walk, your character’s legs, hands and head will shake accordingly to the movement inertia. You can also jump with A, and the body of your character will become loose. It’s a very strange, somewhat broken, but oddly fun control scheme.

Not only will your character be affected by physics in Human: Fall Flat, but there’s also a wide range of objects and mechanisms to interact with. You can control your character’s hands individually by pressing the right and left shoulder buttons, which allows your character to hold anything that is in front of him. Used properly, you can move objects to create ramps, press buttons, activate levers, or even climb higher places. The game gets inventive with how much different stuff you can interact with, including things like catapults and ships. 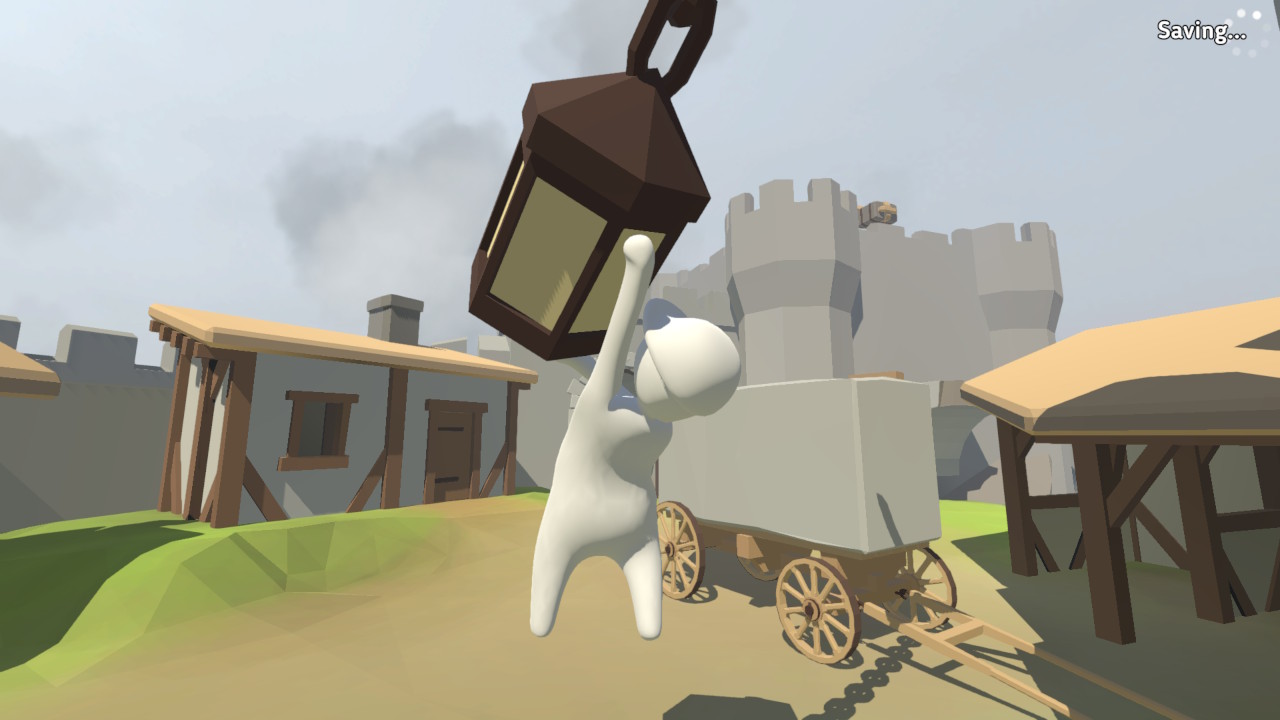 By focusing solely on creating this physics’ playground, Human: Fall Flat ends up… falling flat on some aspects. It’s very simplistic low-poly 3D art style isn’t too appealing but could be overlooked if it wasn’t for some minor technical problems here and there, consisting mainly of framerate drops. Especially when there are too many objects onscreen, the game almost seems to be playing in slow motion. They are not too frequent, though, and the overall experience is intact for the most part.

Therefore, if you like this kind of playful experience, Human: Fall Flat is a good option on the Switch. It also comes with local co-op, so at any moment a friend can joy to double the trouble.

If you think ragdoll physics are more amusing than annoying, then Human: Fall Flat will be one of the funniest playgrounds you can ever find on Switch. By allowing you to play with objects, mechanisms and all the physics that comes with that then you’ll enjoy Human: Fall Flat’s fun, if wonky experience.