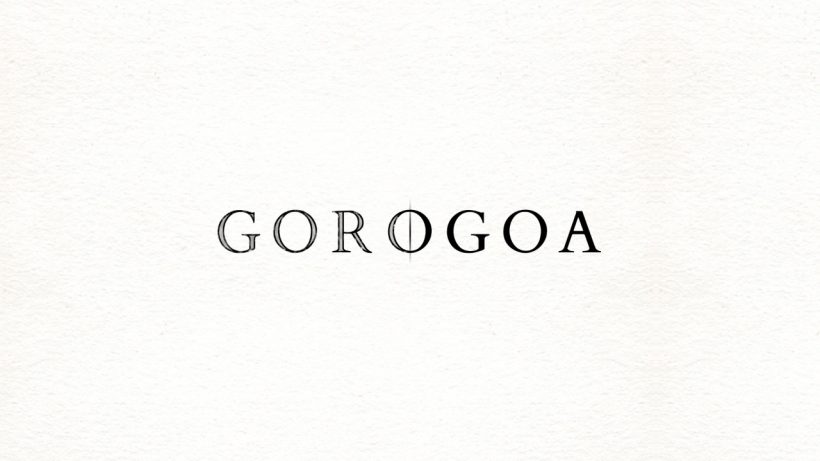 Framing a piece of art.

We have come a long way since videogames were only two sticks and a bouncing point on a screen. Now, games come in a countless different styles and genres, with graphics that goes from pixel art to the most photorealistic representations of made-up worlds. Still, even though we have such a huge myriad of different games, there is nothing quite like Gorogoa. This unique puzzler launches as a Switch console-exclusive (at least for the time being) and shows just how much room there is for innovation and creativity.

The game starts with a single small frame centered onscreen. There, you first see – with an astonishingly good hand-drawn art style – a dragon-like creature traversing in the middle of a city. Then, the image zooms out to the interior of a house, in which a boy watches the creature and reads a book about the possible meanings of that. Accompanied by a powerful and somewhat ominous orchestral soundtrack, this presentation sets up the tone of Gorogoa, with its mixture of beautifully represented urban scenarios and dream-like landscapes, creating awe-aspiring abstract compositions. After that, the screen will be divided into four empty squares, and this first frame will occupy the top left one. Intuitively, by selecting specific points of the frame, Gorogoa’s main gameplay mechanic will unfold before your eyes, as the images will zoom in into different points, revealing entire pieces of different scenarios. At first, this will sound like a kind of handcrafted kaleidoscope that you can zoom in or zoom out in order to expose entirely unique compositions that were just hidden due to your point of perspective. Gorogoa doesn’t stop there, though, and adds variety and cleverness to shape this basic idea as one of the most interesting puzzler mechanics.

As I mentioned before, Gorogoa’s screen is divided into four empty squares. This becomes an important and very interesting gameplay mechanic, because, in order to progress with the game’s puzzles (and narrative), you’ll often have to change the disposition of the frames on the screen, sometimes even disassembling and rearranging parts of them. Surprisingly, Gorogoa’s design is impeccable to a point that this may sound more complicated than it actually is. What happens is that sometimes you can literally detach things from a certain frame (like a window, a door, or other objects) to use them to reveal a new scenario, or to connect it with a different frame. This way, the resolution of certain puzzles is all a matter of finding a correct perspective that will allow two or more frames to become part of a connected, bigger composition. To achieve this, you can opt to control a cursor with your left stick, and use it to select the desired frame, pressing A to zoom in or B to zoom out your perspective. Alternatively, if you’re playing in handheld mode, you can just use the touchscreen controls to do all the required frame management, which is, in my option, the best way to play Gorogoa. This game, which unfolds as one of the cleverer, most beautiful and well-crafted puzzlers of the year, only commits the sin of not being as long as I’ve wanted it to be. After almost two hours, when I was watching its credits, all I wanted was more of this superb and unique experience.

By allowing you to play with paintings, Gorogoa takes form as one of the most impressive and smart puzzlers. By mixing up the ethereal and tangible, it plays around with your perspective in the form of a handcrafted kaleidoscope. Despite its short duration, it’s a touching experience, one of the gems of 2017.