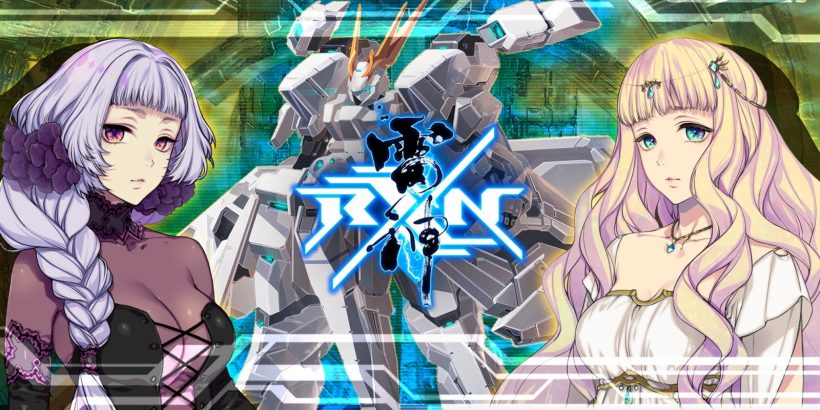 All style, no substance.

Joining an increasing number of shmups on the Nintendo Switch, RXN -Raijin- is a quintessential Japanese entry to the genre, encapsulating the typical shmup tropes including colourful graphics, big explosions and lots of bullets. Unfortunately, however, it also falls short at several hurdles, making this a title that looks good but – honestly – plays pretty terribly.

You take control of one of three characters, each of which pilot a mech powered up with various stylish weapons. The story is largely minimal, with brief lines of dialogue during gameplay. You’re tasked with hunting down the mechanical beasts known as Ulka, and that’s about it really. Thankfully, I never felt like the lack of story damaged the experience too much, and the short mission structure allowed me to pick up and play the title in shorts bursts without ever worrying about any overarching plot. However, those hoping for a more meaty experience may be disappointed. 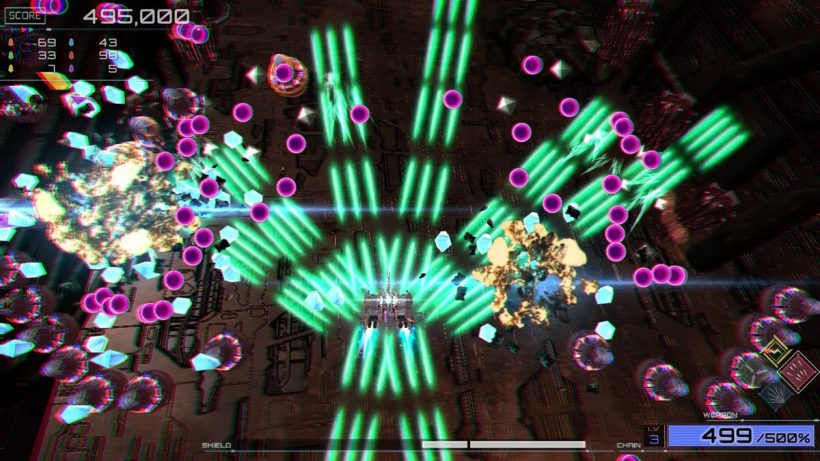 The general gameplay is pretty standard for the most part – you take flight across vertically scrolling levels, fighting off a multitude of various enemies along your way. Interestingly, because the levels themselves are so short, few of them actually end with boss battles. In fact, many levels end quite abruptly, and whilst this can be a bit jarring at times, it’s certainly well suited to the Switch’s handheld nature. Unfortunately, with only 50 levels available in the game, you can easily breeze through this experience in just a few hours.

Sadly, the game struggles with its core gameplay at the best of times – it certainly looks pretty enough, with lasers, bombs and bullets filling the screen with light and colour, but this causes the game to frequently slow down to a crawl – making the experience practically unplayable for long stretches of time. Additionally, I frequently felt like there was no actual threat during my progression – I like to feel powerful in games, but I also like to be challenged as well, and I never felt like RXN -Raijin- provided sufficient challenge during my time with the game, which – considering its genre – is a shame. 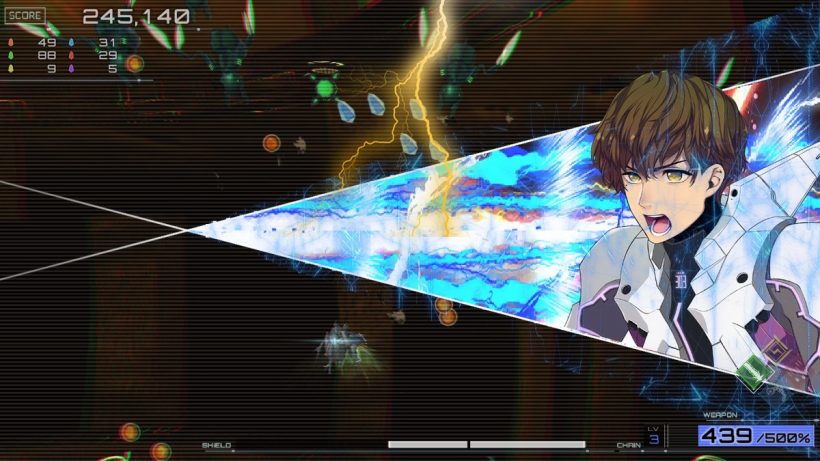 The true highlight of RXN -Raijin- is its variety of weaponry available to each character – each of which is unique enough in its function and visual effects to encourage you to swap between them at regular intervals. The primary laser weapon is fairly basic in its functionality but can cover a large portion of the screen, making it a sensible default weapon. You also have access to bombs, missiles and a rail gun to play with depending on the situation at hand. Finally, each character’s special attack unleashes a devastating wave of energy that – whilst sacrificing a third of your own health – easily dispatches of all the enemies currently on the screen. As mentioned, however, the game never really provided me with an opportunity to use the special attack – most situations can be dealt with easily with your primary weapons.

RXN -Raijin- is a game that very much prioritises its visuals over gameplay. It really does look stunning in places and can take pride a place next to Ikaruga as one of the prettiest shmups around. Unfortunately, the moment to moment gameplay lacks impact, and technical difficulties mean it falls well behind its contemporaries currently available on Switch.

RXN -Raijin- is filled with wasted potential – it looks great and sounds good, but its core gameplay is severely lacking. With so many better shmups available on the Switch, I cannot wholeheartedly recommend this game.