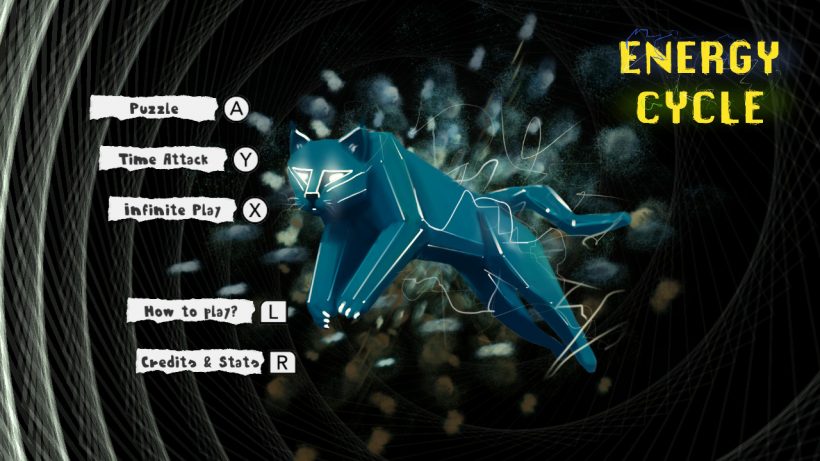 You know, I like a good puzzle game. The great thing about a puzzle game is that they can come in many forms. From the point-and-click stylings of classic LucasArts adventures to simple games that I am confident you have your your smartphone right now, and all of those in between, there’s huge scope for a good puzzler.

Energy cycle falls into the simple puzzler which feels like a mobile app in a few different ways. Firstly, the price is less than a cup of coffee. Winner. Secondly, the game is nicer to play in touchscreen mode than with a controller. Finally, the puzzles are based on the same single principle throughout. Here comes the science bit. Each screen in Energy Cycle has a 2D grid of coloured circles. When you tap on a circle, the colour of the disc changes to the next colour in a sequence. Keep tapping to “cycle” through the three different colours. Here’s where the puzzle element comes in though. Tapping on a disc will also cycle the colours of all of the adjacent orbs on the vertical and horizontal axis until it either reaches the end of the grid of there’s a gap. The objective is to make all of the colours the same. I hope that’s clear because when I watched the promotional video before playing this, it boggled my mind as to what was actually going on.

The trickiness comes in to play when you find different colours within a row that you need to match to the rest of the row, but as you’re sorting that out to run the risk of affecting other colours in the grid. The predefined levels become gradually more complex as you progress forcing to you think about how you’re going to tackle the grid as a whole.

This is where Energy Cycle falls a little short. The game makes me think of the Rubik’s Clock. Once you’re learnt a technique to work around the cause-and-effect of the puzzle, everything turns from a taxing puzzle to a mundane chore as you simply work through the stages with no real purpose. The challenge itself doesn’t change a great deal and the levels don’t differentiate themselves in any meaningful way. 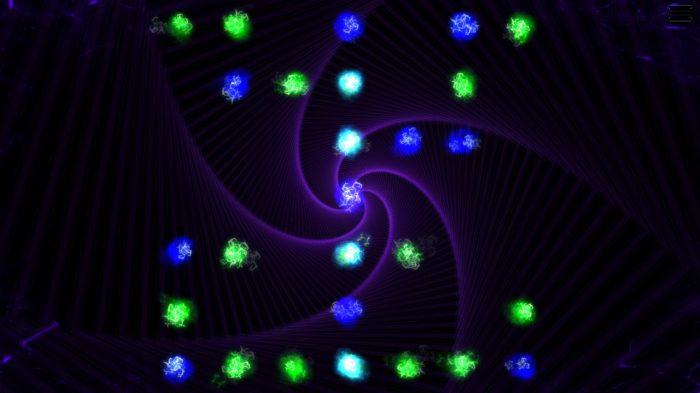 Visually, you get very little feedback to what you’re doing. Disappointingly there aren’t even any sound effects; just a looping audio track that plays throughout. Everything feels a little static and lifeless despite the glowing orbs. For Switch game icon fans, you won’t be impressed either. It’s a weird glowing blue cat. I have no idea why.

It’s worth mentioning that there are a couple of different modes in the game. Endless and timed challenge modes are basically identical but one has a clock. Each screen is randomly generated and you stop when you get bored or run out of time. I didn’t run out of time. Energy Cycle does keep track of your score so you could try to do the levels in less moves. But it all feels rather hollow as those scores are kept hidden away in the credits screen. There is nothing in the game to encourage you to try harder. 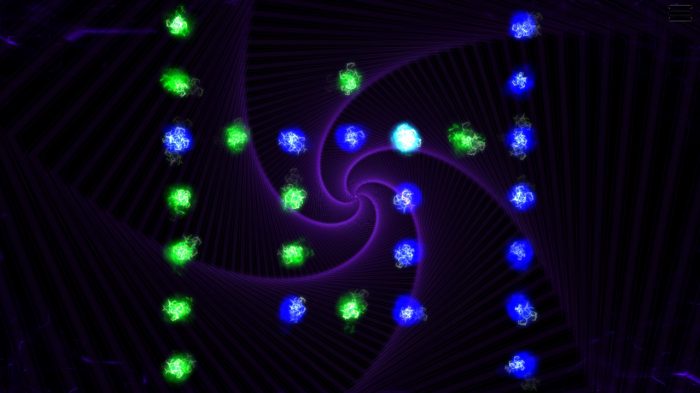 Ultimately, you have to take Energy Cycle for what it is. A mildly entertaining puzzler with a limited ability to keep you engaged.

If you’re looking for a short diversion to stimulate the mental facilities then Energy Cycle just might be what you’re looking for. Though the concept as a puzzler is sound, the overall execution is half-hearted and it won’t keep you entertained for long.