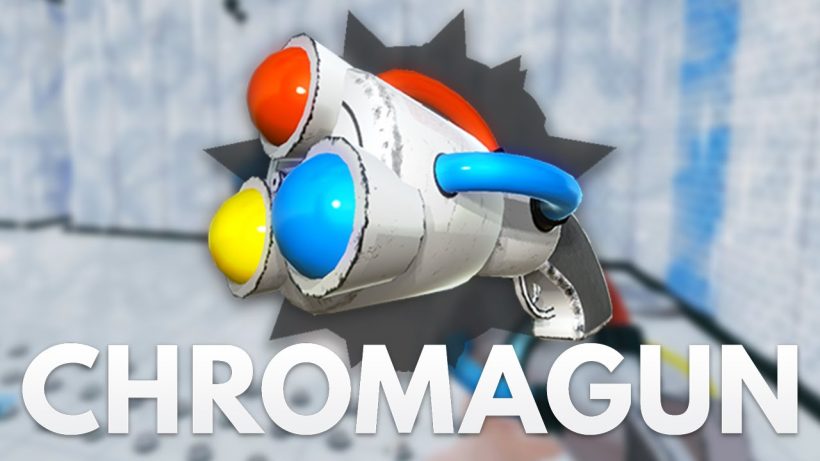 Going into ChromaGun, you’d be forgiven for initially thinking it’s just a cheap clone of a certain puzzle-based shooter. And yes, whilst it’s certainly taken a few visual cues from Valve’s Portal (and a few auditory ones in the form of a jolly, sarcastic narrator), Pixel Maniacs have managed to craft an entirely unique experience that utilises colour for its primary gameplay hook.

Set in the white, clinical backdrop of a laboratory setting, you control a first-person character who’s tasked with proceeding through the game’s 26 levels by solving a myriad of colour-based puzzles. To do so, you’re gifted with a paint-launching gun early on, powered with the ability to shoot out three primary colours: red, yellow and blue. 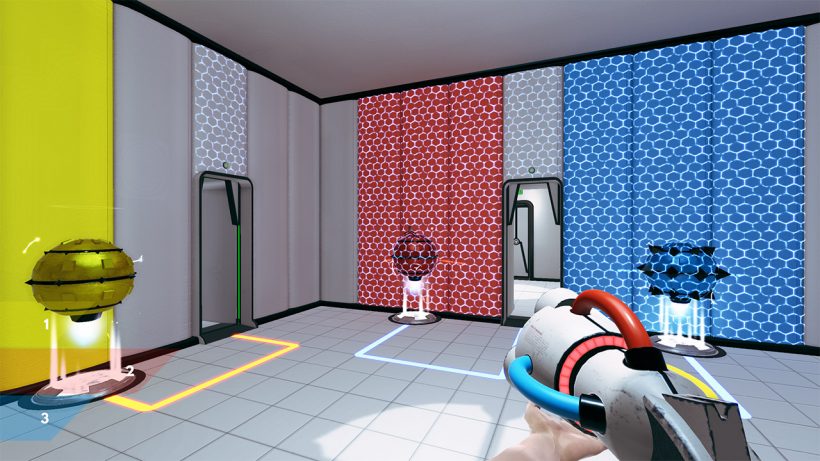 Within each room, you’ll find floating droids known as WorkerDroids. These will either be white or painted specific colours, and it’s up to you to move the droids onto switches in order to open the room’s locked doors. To do so, you must match the colour of the wall panels with the colour of the WorkerDroid, thus creating a kind of magnetic field, moving the WorkerDroid into its designated spot. This is easier said than done, particularly when the game eventually throws multiple droids at you along with non-primary colours.

Now, everyone knows that by mixing two primary colours, you get an entirely different colour. Mix red and yellow, you get orange. Mix red and blue, you get purple, and so on. This is something we all learn at an early age, but Pixel Maniacs have successfully managed to take this simple premise and use it to create some truly engaging puzzles. For some of the game’s more nefarious puzzles, the WorkerDroids are actually actively aggressive against your character, so you must figure out the solution to the puzzle before it chases you to an early grave. You’ll no doubt start the game in a state of utter confusion – I know I did – and if there’s any major criticism I can throw at the game, it’s that it doesn’t really explain some things in a clear fashion. Once everything clicks though, you’ll be creating colours left, right and centre. 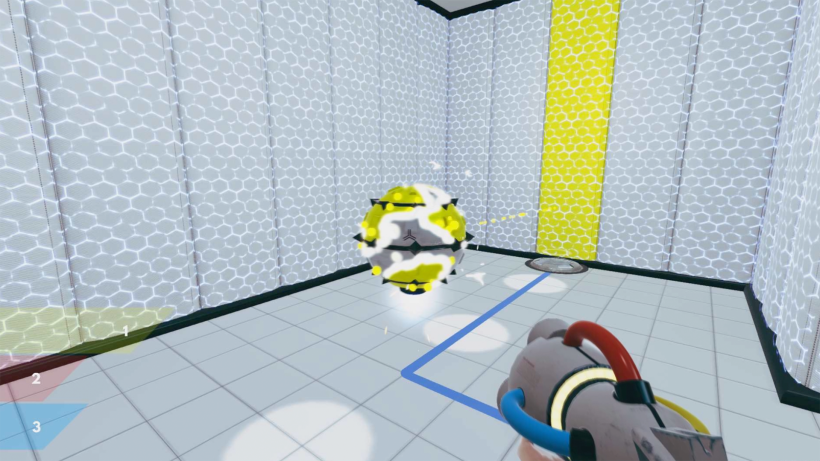 Thankfully, the game never feels too difficult or unwieldy. The various mechanics are introduced at a gradual pace, ensuring that you’re never truly stuck for very long. Granted, this means that the game’s 26 levels can be fairly easily overcome within just a few hours, and I must admit that none of the puzzles quite reach the ingenuity seen in Portal, but it’s nevertheless a fun, engaging experience throughout, and I was never bored.

Visually, ChromaGun looks serviceable enough – there’s really only so much you can so with a sterile environment and plain colours, but Pixel Maniacs should be commended for their effort. This is a game that could easily look much worse than it does, and it runs incredibly smoothly in both docked and handheld mode. There is also a colour-blind mode available that utilises symbols instead of colour – it’s a lovely little touch that helps to include as many gamers as possible.

ChromaGun is a great little puzzle game that pays homage to a puzzle classic without leaning too heavily into it or outright ‘copying’ it. Pixel Maniacs have crafted an entirely original experience that cleverly utilises colour to create some wonderfully bizarre, compelling puzzles.

ChromaGun successfully utilises colour in unique and creative ways to provide an engaging experience that puzzle aficionados will relish. It could be a bit longer, but as it is, it’s a very strong puzzle shooter.

One thought on “ChromaGun Review”