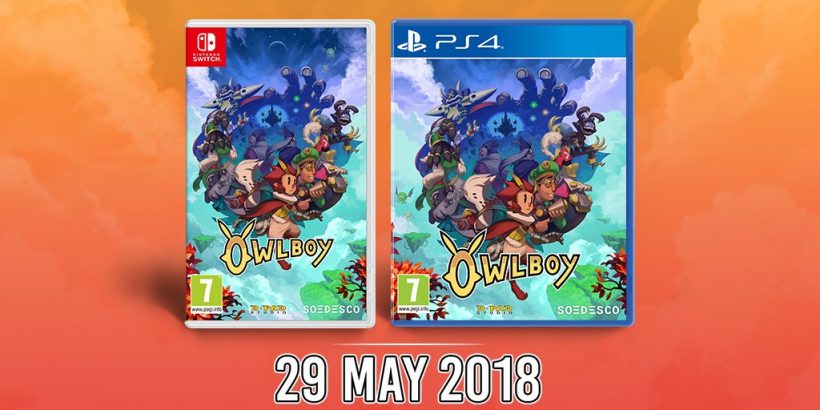 Publisher Soedesco have confirmed that Owlboy will be their first physical game on the Switch later this year.

You've asked for it… #Owlboy is soaring to the store shelves on 29 May for #NintendoSwitch and #PlayStation4! Our first physical #Switch release, who's going to get this one? @DPadStudio pic.twitter.com/fLHbuFQ7jq

The D-Pad Studio title is to arrive on the Switch eShop on February 13, but collectors will be pleased to know they can get a copy of the game in physical form in their hands on May 29.

The game mixes fantasy and Metroidvania and was originally released on PC back in 2016, and came in for critical acclaim.

With such a strong run of great eShop games in recent weeks, do you plan to pick this one up?

One thought on “Owlboy physical edition coming later this year”