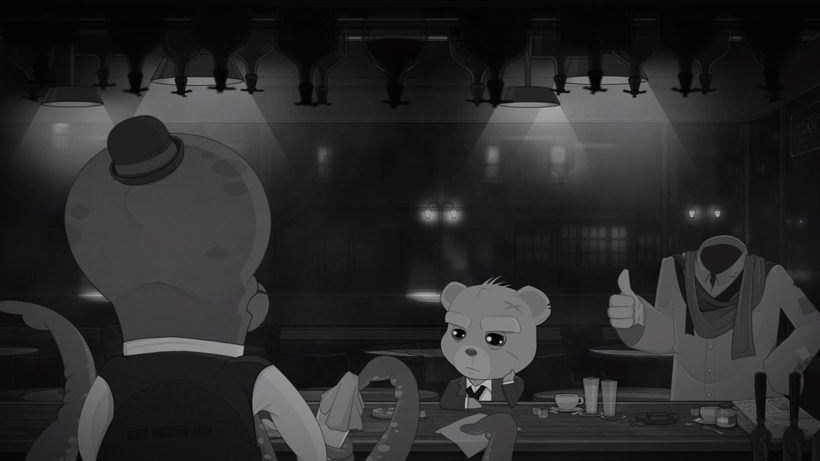 Developer Exordium Games have revealed that their point-and-click adventure game, Bear With Me, will be making its way to the Nintendo Switch later this year.

Set for a ‘Q2 2018’ release, the noire styled game will see players following the adventure of a 10 year old girl and her imaginary friends as they investigate the disappearance of her brother. Featuring a 2D art-style and dialogue full of puns, sarcasm and dark humour, players can expect a ride of twists and turns in this story driven “horror” adventure game where clues and puzzles are around every corner.

Bear With Me is an episodic game set across three episodes and the Switch release will include of them inside one bundle. The game will also feature full English voiceovers with the option for French, German, Italian, Spanish and Russian subtitles on release.

You can check out the game in the below trailer:

Will you be picking up Bear With Me when it releases? Be sure to let us know!