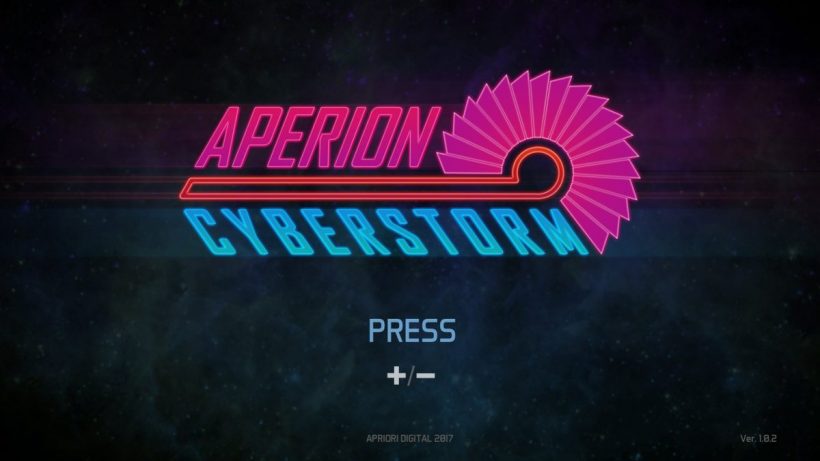 The eShop has started to compile a hefty catalogue of shooters and so it is becoming easier to spot the comparitive diamonds in the rough. Aperion Cyberstorm is a modern take on a bullet-hell style shooter with a little exploration mixed in. Lending a map system similar to that found in the Metroid series, players must navigate the various areas of each level whilst shooting everything that moves, and some things that don’t.

The level design itself is disappointing. Whilst trying to follow a text-based campaign story on the screen, each level has some requirements which pretty much boil down to reaching a certain point on the map and killing everything in your path. The last time I checked, gamers aren’t necessarily looking for a good story when playing a shooter like this. 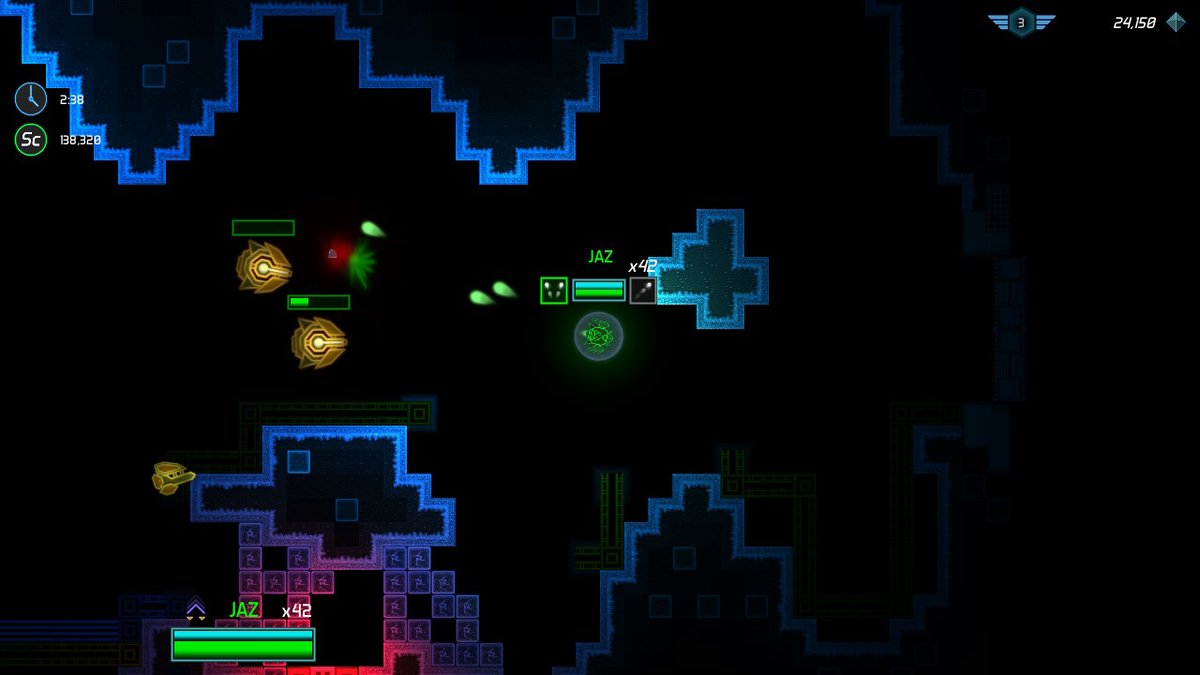 Additional unlockable ships attempt to add some depth to Aperion Cyberstorm’s core gameplay experience but in truth, whilst the numbers on the screen change for each ship, they offer little in the way of noticeable variety when controlling them. Ship upgrades, such as the fire rate and spread, do make more of a significant difference and so do give you something to aim for.

Visually, there isn’t much to write home about. Much of the real estate is completely black, meaning that you really need the “sprites” on the screen to be as neon as possible to pop out at you – much like something you’d experience in a game like Geometry Wars. They don’t, however, and it is pretty hard to follow the on-screen action, especially in handheld mode.

One thing I did absolutely love about Aperion Cyberstorm was the sound. Shooting and explosion effects are right from the 8bit-era and took me right back to what it sounded like whilst playing shooters in the late 80s. Even with my obvious nostalgia aside, the music works well and takes over when the action heats up, adding to the chaotic sensation. 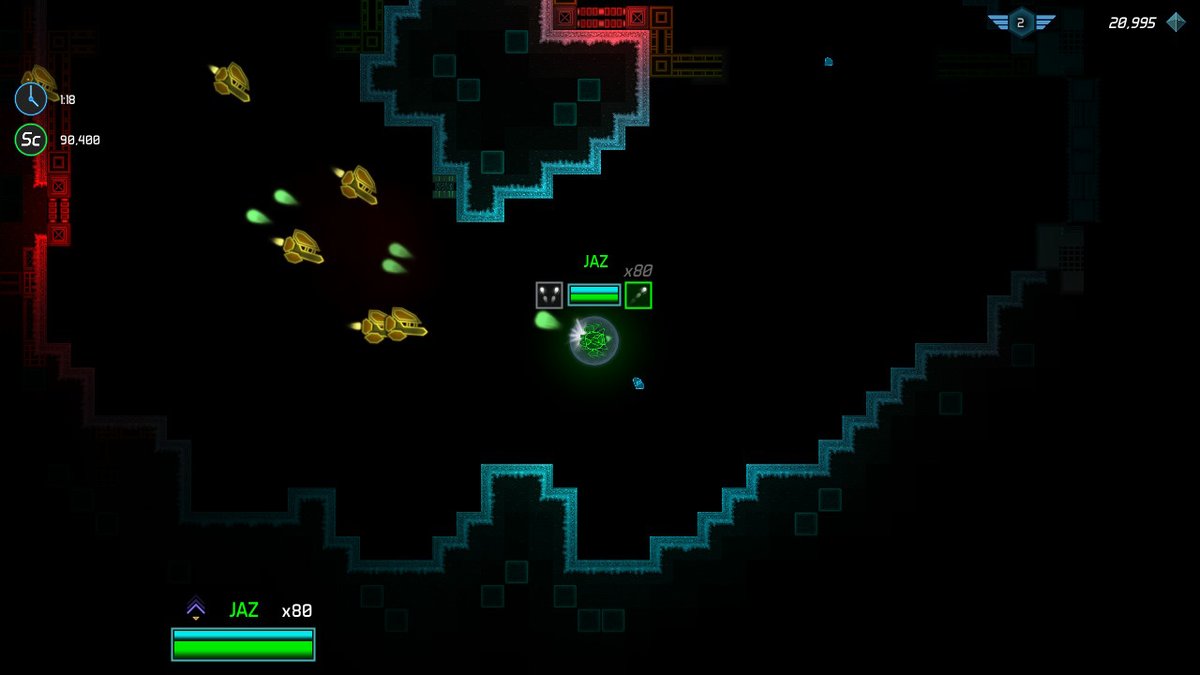 The major redeeming feature in Aperion Cyberstorm is the multiplayer it offers. Whilst the solo experience is the very definition of flat, throw 1-4 friends into the equation and this game proves once again that almost every gaming experience is better in co-operative play. Additional Versus and Onslaught (which is a horde mode with the entire map unlocked) modes add some much needed pick up and play functionality, however sharing individual Joy-Con is far from ideal and you’ll need to invest in some additional proper controllers to enjoy multiplayer fully.

In fact, I found Aperion Cyberstorm very difficult to play in general with the Joy-Con, regardless of whether they were attached to the console in handheld mode or held away from the system. Precision control is absolutely essential for a shooter and the only way I could enjoy playing with any feeling of precise control was by using the Pro Controller.

Aperion Cyberstorm is an average shooter at best which does little to keep your attention for very long. The level design is uninspiring and the visual experience is somewhat flat. When you compare it directly to a game like Geometry Wars, the whole experience is lacking and is something very difficult to recommend. Whilst great shooters keep you coming back over and over to best your high score, you’ll find yourself looking forward to finishing Aperion Cyberstorm just so you can put it down.