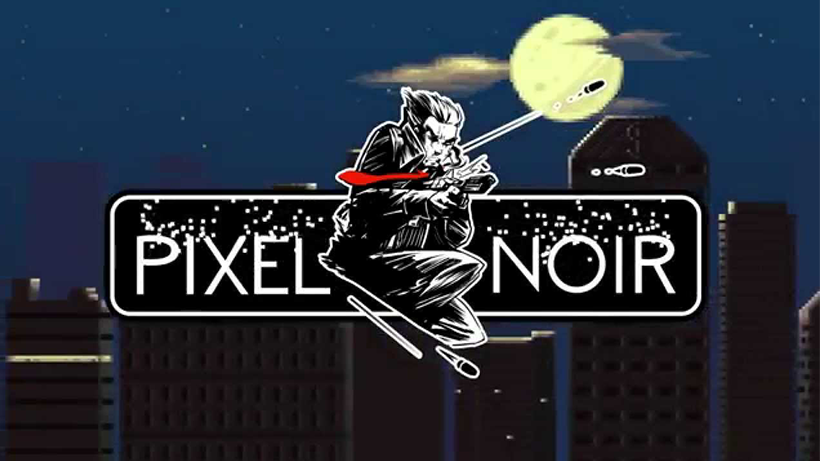 Developer SWDTech has announced that their Kickstarter game, Pixel Noir will be coming to the Nintendo Switch.

The J-RPG inspired detective game has you exploring Pinnacle City as a cheap private eye taking jobs as ranging from missing pets to murder mysteries. Think Earthbound dashed with a little Sin City. Throughout the game you’ll be using your detective skills to solve cases, as you level up you’ll be able to uncover more secrets and even new story lines. Obviously solving crimes in Pinnacle City is a touch on the dangerous side, so when the going gets rough you can take on enemies in turn based combat with your team and an arsenal of weapons at your disposal.

You can check out the trailer for the game below.

The Nintendo Switch version will feature all the content appearing in the other versions of the game so we wont be missing out on anything, on top of that the Switch version will launch on the same day as the PS4, Xbox One and PC versions, (some time in 2018). The game certainly looks promising and has even managed to bag a couple of awards for the soundtrack alone, composed by Hiroki Kikuta (Secret of Mana, Soul Calibur V) so hopefully the game is out sooner rather than later.

What do you think of Pixel Noir? Excited to take to the slums of Pinnacle City and dish out some justice? Let us know in the comments below.

Pixel Noir doesn’t have a release date other than 2018 yet unfortunately so stay tuned to the Switch Player for more information as we get it. In the mean time feel free to check out the Kickstarter here to catch up on everything announced so far.

One thought on “Pixel Noir coming to Switch”