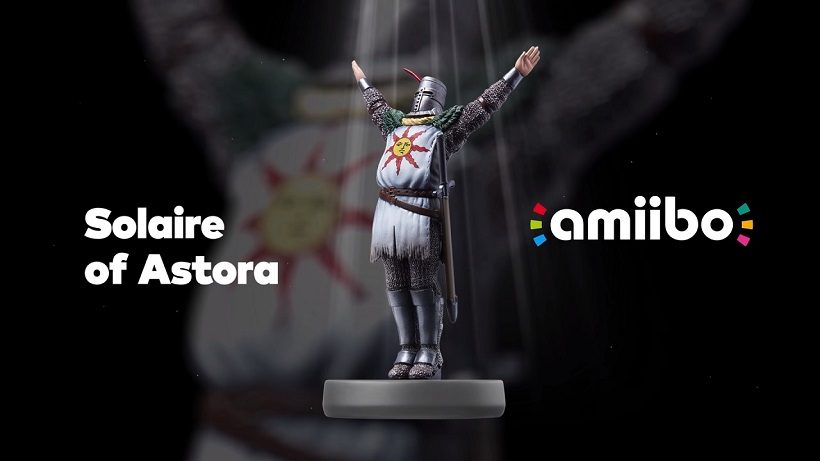 Praise the Sun! A Solaire of Astora Amiibo is Coming May 25th.

During last night’s Nintendo Direct, it was announced that everyone’s favourite Dark Souls NPC and assist character, Solaire of Astora, will be getting his very own Amiibo to celebrate the release of Dark Souls: Remastered on Nintendo Switch. It has already been confirmed that the Amiibo will release on May 25th alongside Dark Souls: Remastered itself, and has Solaire positioned in his iconic ‘Praise the Sun!’ stance, with his arms outstretched and his gaze directed towards the heavens.

Solaire’s Amiibo will allow its user to “perform the popular ‘Praise the Sun!’ gesture with reckless abandon” in-game, as well as presumably unlocking in-game content and/or features, though this has not been confirmed. The Amiibo has already proven to be a hit, with many retailers reaching their pre-order limits already, but given the incredible demand, we can hope that more stock will be allocated soon to ensure that fans of Dark Souls don’t miss out on this intricately-detailed figurine of the iconic Warrior of Sunlight.

It was also announced that prior to the release of Dark Souls: Remastered, an open ‘network test’ will be held to allow both new and old Dark Souls fans to try out the game and ascertain for themselves whether it is a worthy game to purchase on Switch. If you’d like to check out the Direct and watch the Dark Souls: Remastered segment for yourself, you can do so here and should start watching from 12:45 onwards.

More details about Dark Souls: Remastered and its network test are to be announced in the near future, so stick with us here at Switch Player for all the latest news about the game. You can also view the game’s official Nintendo UK store page by visiting this link.