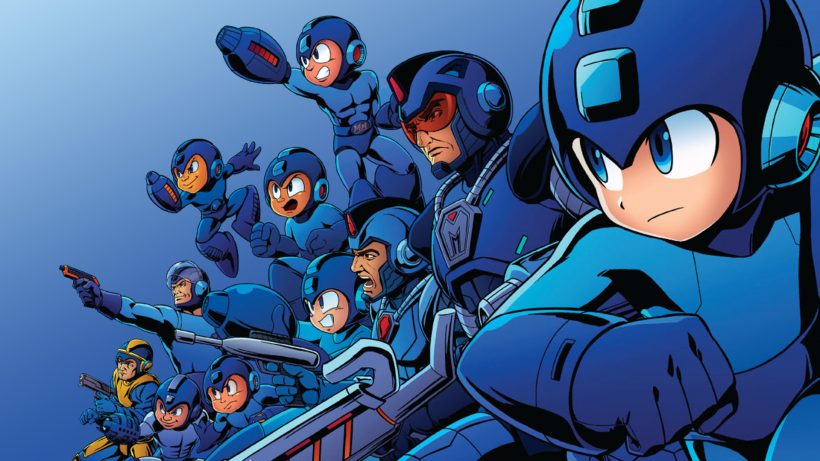 We’ve got a bumper week ahead with some returning classics heading onto the Switch along with a boatload of awesome new releases! Check out the full list below.

Mega Man Legacy Collection is a celebration of the 8-bit history of Capcom’s iconic Blue Bomber. Featuring faithful reproductions of the series’ origins with the original six Mega Man games, the Legacy Collection will remind long-time fans and introduce newcomers to what made Mega Man such a popular and iconic character.

The Blue Bomber is back in this second collection of classic Capcom titles! Featuring faithful reproductions of Mega Man 7, 8, 9, & 10, this collection spans the iconic series’ evolution and retro revolution. Take on the nefarious Dr. Wily and his diverse Robot Masters in these timeless 8-bit, 16-bit, and 32-bit adventures!

The rhythm-music gameplay of BIT.TRIP RUNNER and Runner2 is back and better than ever!
The Timbletot is determined to rid the multiverse of all its love and happiness. CommanderVideo, a lover if ever there were one, refuses to let this happen. He’s ready to jump, double-jump, wall-jump, slide-jump, slide, kick, float, drive, fly, and dance his way to victory, all across a medley of thrilling, challenging, and joyous levels!

Immerse yourself in the sprawling and fascinating world of road construction! Experience life on the construction site like the pros, and use heavy equipment and massive machinery. Enter an open world scenario to complete a large variety of assignments. There’s no way you can get bored repairing roads and doing so much more.

Discover Baobab’s Mausoleum, a retro point and click adventure in J-RPG format that you will never forget.

“TOP PLAYER’S GOLF” is a sports game released in 1990 by SNK. Three modes, STROKE PLAY, MATCH PLAY, and NASSAU GAME, are available along with two types of courses. You’ll find yourself fully absorbed in this game’s immersive graphics and strategic skill planning.

‘Ikki’ is an action game that was released from SUNSOFT in 1985.
Players control ‘Gombe’ of farmers, to go to raid evil magistrate, will defeat confronting enemies. In this work, players can enjoy ‘two coop play’. Player 2 will operate ‘Tago’.

Play as Zangetsu, a demon slayer bearing a deep grudge, who must travel through perilous lands to defeat a powerful demon lurking in a dark castle. Zangetsu will meet fellow travelers along the way, who can join your journey as playable characters.

Finally, on the Nintendo Switch, a game that lets your child enjoy studying while challenging their skills in math has entered the world of gaming.
It contains a collection of addition problems and math drills learned at the elementary level.

Finally, on the Nintendo Switch, a game that lets your child enjoy studying while challenging their skills in math has entered the world of gaming.
It contains a collection of division problems and math drills learned at the elementary level.

Finally, on the Nintendo Switch, a game that lets your child enjoy studying while challenging their skills in math has entered the world of gaming.
It contains a collection of multiplication problems and math drills learned at the elementary level.

Finally, on the Nintendo Switch, a game that lets your child enjoy studying while challenging their skills in math has entered the world of gaming.
It contains a collection of subtraction problems and math drills learned at the elementary level.

Dead Fun Pack: Penguins and Aliens Strikes Again is a collection for those who love challenges, including Run Run and Die and Mutant Alien Moles of the Dead.

You are in a beautiful villa overlooking the sea in Hawaii.
Find and combine items, solve puzzles, then escape!
After the ending, play hide-and-seek with animals!?

This is the sequel to N+, rewritten from scratch to be bigger, better, and more beautiful in every way. N++ is a fast-paced, momentum-based platformer about darting around obstacles, narrowly evading enemies and collecting gold in a beautiful minimalist landscape.

Punch Club is a boxing tycoon management game with multiple branching story lines. Your goal is clear, but how you get there depends on whether you want to legitimately climb the rankings, or take the more ridiculous, shady route.

Wrap your way to bliss in Zen Bound 2, the unique down-tempo indie game! This is an opportunity to slow down, zone out, and focus on a task that’s challenging but not stressful: a set of gentle spatial puzzles. The goal of the game is to paint wooden sculptures by wrapping them with rope.

Atomine is a twin stick procedural rogue-lite shooter set in a virtual world with minimalist design, where the player recounts on the screen the real events of STUXNET, the first weapon ever created in the form of computer virus.

Dungeon Rushers is a 2D tactical RPG combining dungeon crawler’s gameplay and turn based fights. Manage your team, loot dusty dungeons, crush armies of monsters and craft mighty equipment. Be part of an epic adventure with a colorful cast of characters in an off-beat universe.

A year has passed since the events of Maple Creek. But for the past few months, our detective has been hot on the trail of the demonic preacher she fought one year ago. Who is the mysterious prisoner she meets on the forest path – someone stalking her every move, or a possible ally? Is she merely a puppet being used in forces from outside our world, or will she finally resolve the evil events that began one year before?

Enjoy Jurassic Pinball, a perfect reproduction of a real pinball machine, with all the graphic details and sounds. Discover all the secrets, complete all the missions and become number 1 in the world or the best among your Friends, posting your high score on the online leaderboard.

Fight for the destiny of the Galaxy by completing over 50 challenging missions in exciting mech vs mech combat! Utilize various strategies, and mech-types to claim victory against the enemy. The end is drawing nigh, and the Galaxy is waiting. Will you choose to answer your call?