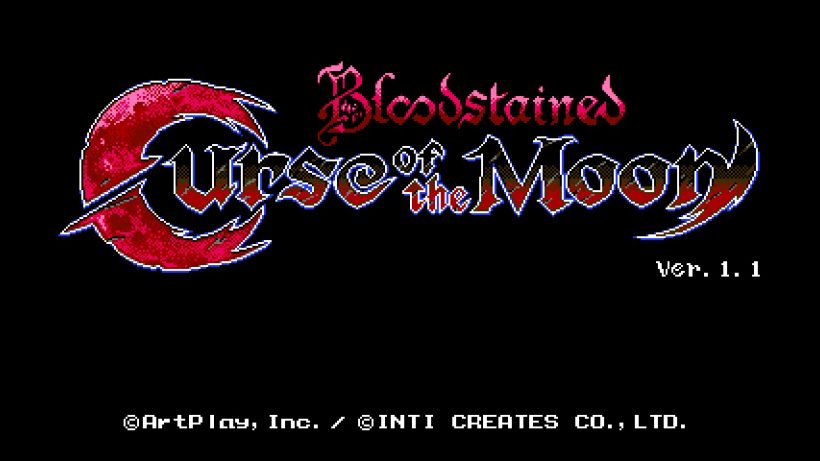 What a terrible night to have a curse!

Kickstarter has allowed many well-known developers to go back-to-roots with the promise of building their fans’ dream project. With different levels of success, games like Broken Age, Mighty No. 9, and Thimbleweed Park only became a reality thanks to their successful crowd funding campaigns. Now, it is time to see the first result of Koji Igarashi’s venture. Known for many Castlevania games, he promises to bring a modern, spiritual successor in the form of Bloodstained: Ritual of the Night. While we wait for the release of the full-bodied product, we can enjoy the smaller, nostalgia-focused Bloodstained: Curse of the Moon. 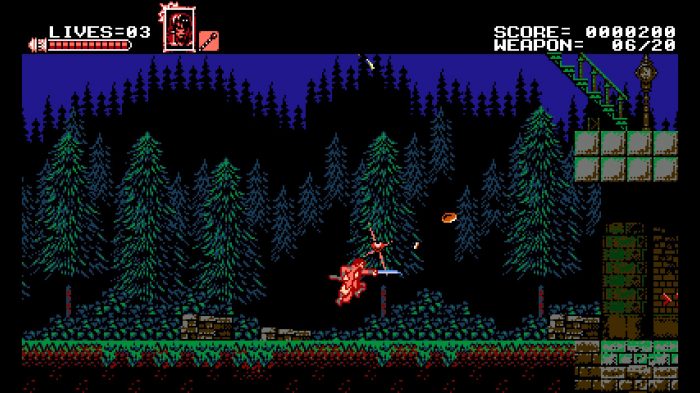 Born thanks to a “retro mini-game” stretch goal, Bloodstained: Curse of the Moon is a game that looks and feels like a lost NES game. With its 8-bit aesthetic, chip-tune-like soundtrack, and (mostly) old-school simplistic controls, it pays homage to the first Castlevania games, in particular Dracula’s Curse. It manages to appeals to a broader public, though, thanks to many quality-of-life improvements – not to mention the enjoyable level design, memorable boss fights, and smart character swapping system.

Set in the Bloodstained universe, Curse of the Moon’s narrative puts you in control of Zangetsu, a swordsman driven by the desire to completely defeat every demon. This task takes him through eight distinct levels. Zangetsu plays like Simon Belmont, so while controlling him, you can jump with B, press Y to perform a short-ranged attack with your sword, and use a special power by pressing X. At the beginning, I was thinking that this gameplay was too simplistic. However, Curse of the Moon shakes things up when you start encountering your allies. 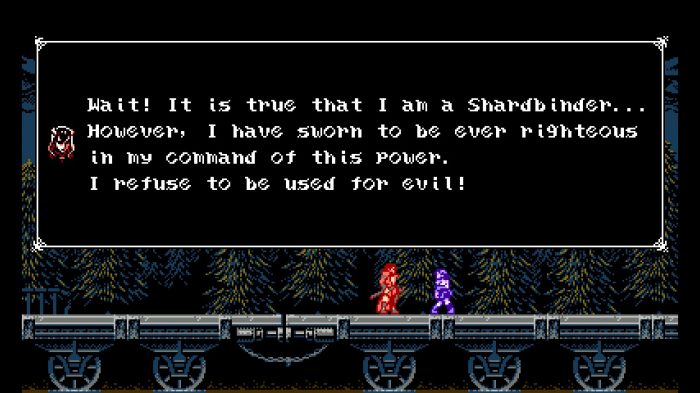 At the end of the first three levels, you’ll meet Miriam, Alfred, and Gebel, which can join you along your journey. Each adventurer you recruit comes with its distinct moveset and skills, and you’re able to swap between your characters by pressing R or L at any time. By playing correctly, this also adds up to four life bars, as you can swap a damaged character during a long boss fight.

Curse of the Moon’s level design is also built with this swapping system in mind, so the access to certain areas is restricted to one or other characters. Miriam, for instance, can perform a short dash, passing through narrow passages, while Gebel can transform in a bat, and fly during short periods. The not-so-convenient drawback of this system comes when you die with one of the characters and is obliged to play with others until the end of the level (or until all of them die).

Fortunately, Curse of the Moon is much more resilient than its inspirations. When you start a game or load a file, you can choose to play on Veteran or Casual modes. If Veteran mode is more old-school, on casual the later enemies won’t knock back your character, and you won’t have limited lives. 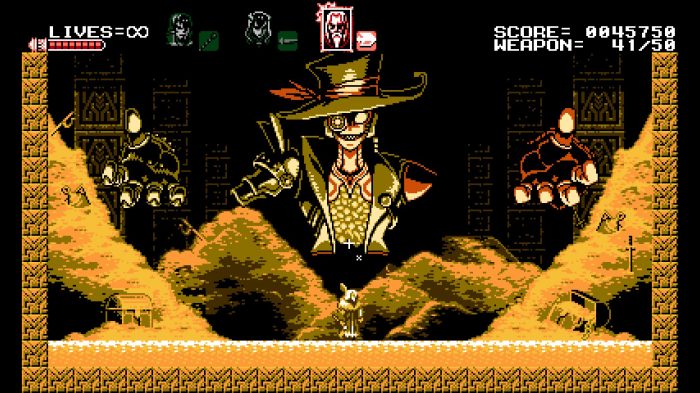 While your first run through Curse of the Moon won’t last more than two hours, the game adds lots of replayability thanks to many additional unlockable modes, which do things like changing the characters you play with, adding new levels, among other surprises. So, if you have any nostalgia for the Castlevania series, do yourself a favor and get Bloodstained: Curse of the Moon.

Bloodstained: Curse of the Moon

More than a retro-inspired mini-game, Bloodstained: Curse of the Moon takes influence from the classic Castlevania NES titles and adds many quality-of-life improvements (and a few surprises) to the 8-bit, nostalgia-driven gameplay.