For many, E3 is the annual reminder that Bethesda’s collectable card game spin-off from its popular Elder Scrolls fantasy role-playing series is an actual game that exists. During Bethesda’s E3 presentation they announced that the game client has been rebuilt. This news was accompanied by the reveal that the free to play card game will also be coming to consoles; specifically the Nintendo Switch.

The rebuilt version of The Elder Scrolls: Legends has a new interface, menu, and playmat to help make the visual experience more engaging and hopefully easier for new players to get involved. The cards themselves have also received a visual update, with new card frames that highlight the artwork found on the cards. The game itself has also been optimised so that the file size is smaller and should play better as well. 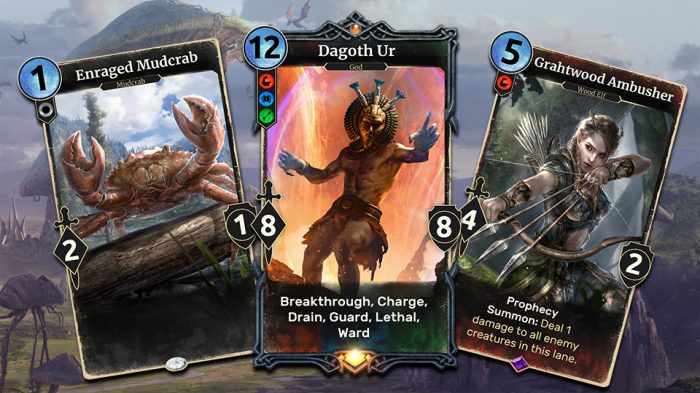 Consoles versions are still in the latter stages of development and will launch later this year. But in the meantime, you can play the game on PC or mobile devices. What’s more, progress made can be carried over to the console versions via the Bethesda Net account.

Somehow there has been a lack of collectable card games for the Switch, despite it seeming like an obvious choice for the genre, so we’re looking forward to getting out hands on the Switch version later this year.