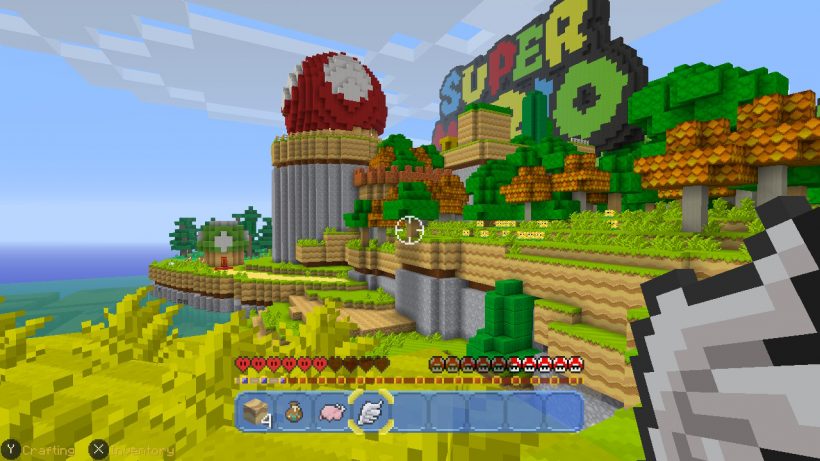 All your Minecraft in one place.

Nintendo recently revealed that the physical release of Minecraft for the Nintendo Switch, dubbed the Bedrock version, will be releasing later this month.

This ‘new’ version of the title includes all the previously released content for the title, including the Super Mario Mash-Up Pack exclusive to the Switch, along with a lot of other DLC packs. New to this version though is option for players to connect with friends on non-Nintendo systems via cross-platform play, opening up the doors to bigger and better Minecraft experiences with friends.

Minecraft arrives on #NintendoSwitch on 21st June and is available to pre-order now from the #NintendoUKStore. https://t.co/braRdQNFIO pic.twitter.com/rnp5tV42Gk

Those who already own Minecraft on Switch will be upgraded to the new Bedrock version for free when it releases making it available via retail and the Nintendo eShop on June 12st, 2018.

Looking to learn more about Minecraft on Switch? Why not read our review.