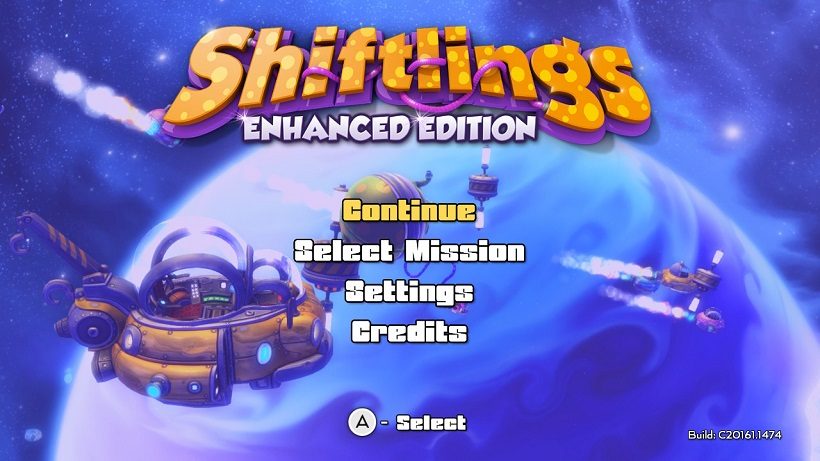 It’s all about the Hola Cola, folks!

Shiftlings: Enhanced Edition is a hidden gem of a game that, had I not been selected to review it, I probably never would have discovered. Set in a futuristic alien universe where spectating others doing their jobs is apparently a highly-sought form of entertainment, you (or you and a friend if you prefer, as co-operative play is also available) play as a pair of two ‘Shiftlings’ who are sent to various different planets to repair broken machinery and search out bottles of the universally-famous Hola Cola.

On each level, you must guide both of your workers to the featured broken machine and fix it before moving on to your designated pick-up point. Each level features three Hola Cola bottles to find and collect, with your collection of Hola Cola bottles serving to enhance the game’s replay value by unlocking new bonus stages and challenges. With over fifty levels to explore and solve across five different planets before you even get started, however, Shiftlings: Enhanced Edition is certainly an indie platformer with enough content to keep you entertained for hours. 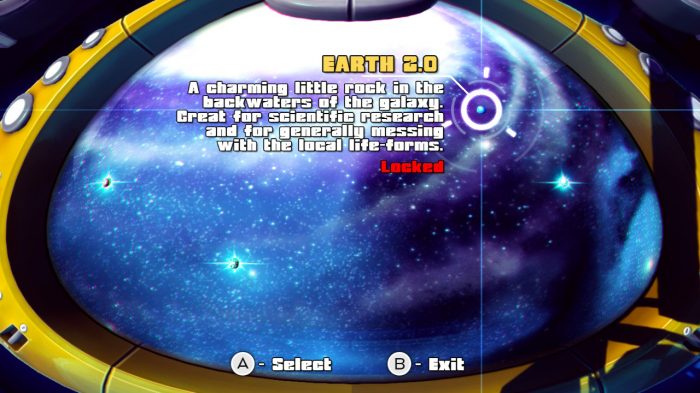 It can be frustrating too, though. After one of the Shiftlings ingests a bottle of Hola Cola at the beginning of the game, the gas generated by the drink’s extreme fizz inflates them to triple the size of the other Shiftling – meaning that they can’t fit through narrow gaps, can’t jump very high, and certainly can’t move very fast. Plus, the two Shiftlings are tethered together by their oxygen pipe, meaning that you are forced to move both of them in close proximity to each other whilst also avoiding the dangers that each level poses, such as sliding doors, lifts, and scorching lava.

Although you are able to alternate the sizes of your Shiftling workers using the X button, this mechanic can quickly become tiresome and laborious, especially with the awkward Switch control scheme taken into account. The abilities to swap between the two Shiftling characters, to swap the Shiftlings’ sizes, to interact with items and to move around the stages are all bound to different buttons, meaning it’s easy to become confused and incredibly simple to hit the wrong button and ruin an entire run of a level (especially if you’re pre-checkpoint). This makes some levels hellish to complete, as they require such a complex combination of strategies to get through that hitting the wrong button just seems inevitable. 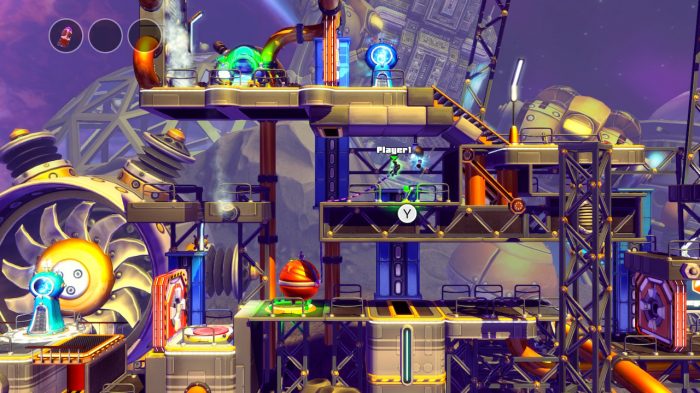 Still, a little bit of difficulty and frustration in a puzzle game isn’t necessarily a bad thing. In fact, with Shiftlings, the often complex solutions to each level – especially where the Hola Cola bottles are concerned – kept me hooked on trying again and again to perfect my path and 100% each planet’s levels and bonus stages. The reality show theme of Shiftlings was entertaining overall, too, with the overly-enthusiastic presenter providing numerous moments of comedy throughout the game.

With smooth 60fps gameplay, vibrant visuals and an upbeat soundtrack to accompany each level, Shiftlings: Enhanced Edition is one indie game on the Switch eShop that you definitely won’t want to miss. With an incredibly fun multiplayer experience (arguably much better than that of playing solo) and a thrilling sequence of bonus levels, you just have to be careful of the awkward control scheme and the seemingly unfair placements of many Hola Cola bottles, as you’ll undoubtedly die many times when attempting to retrieve them.

Shiftlings: Enhanced Edition is an incredibly fun indie puzzle platformer that has plenty of content to keep you entertained for hours. With an entertaining premise, upbeat music and enough cringeworthy jokes to last a lifetime, this is definitely one eShop title that you won’t want to miss – even if it does have issues with its control scheme and sense of fairness.