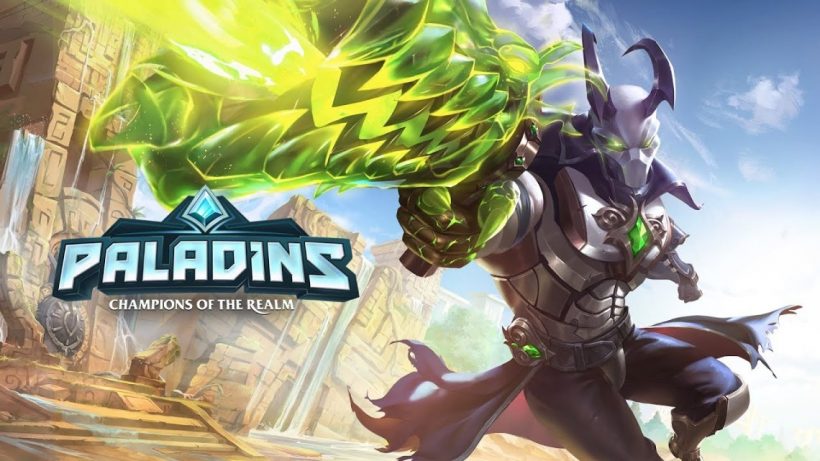 These are the champions.

Paladins is the Switch’s first helping of the big-name online-focused first-person shooters which catapulted the online gaming scene to unforeseen heights barely a generation ago.

First released on Switch at a premium price earlier this year as the Founder’s Pack, the game’s creators have now opened the doors to everyone to join in the fun – though of course, those who paid are rewarded, as the people jumping in for free won’t get all of the characters to play as from the off. It’s not as hyper realistic as some of the tent pole FPS titles – science fiction is the basis, and it leans heavily in the direction of mindless blasting over tactical battle.

A deep roster of characters – named here as Champions – are available, but it’s tough for Paladins to generate a personality for its many characters due to the lack of a story of any note. For that reason it feels more like a generic paint-by-numbers shooter than it ought to. Each character has their own move-set – some have chain guns, others bow and arrows, et cetera –  and each of the Switch’s four shoulder and trigger buttons will have its own unique action pre-set.

Champions are classed under damage, flank, frontline and support, meaning that certain members will have a repertoire encouraging the all-guns-blazing approach, while others can serve to heal their team mates, or attack more strategically from afar. It’s not nearly as fun being the healer, though. Most attacks will have a cool-down time to prevent spamming, which encourages tactical know-how but leaves you vulnerable when you aren’t expecting to be. You’re also able to select booster cards ahead of battles which can help your performance.

Given the exclusive club of free-to-play online multiplayer offerings on Switch, Paladins can only really be judged by comparison to the addictive juggernaut of Fortnite, and once you get into that game, you won’t be able to put it down. For Paladins, that’s not quite the case. Where a game of Fortnite is never going to be predictable from start to finish, Paladins grants you one of three specific match options. Siege has you capturing an objective before pushing it to an enemy base; Onslaught is a king-of-the-hill type area control battle, while the simple Team Deathmatch is all about killing your opponents. You’ll know what to expect each time – a frantic dash to the central area of the map before war is waged.

Whereas finding a game in Fortnite is usually a quick and easy affair, Paladins is more frustrating. At the menu, you’ll need to select the Play option and ready up, but lobbies getting nixed is frequent. I found myself waiting a good five minutes for a game at points, which wasn’t ideal in the slightest. The gameplay action on the battlefield is sound enough, for sure, but just getting there is too awkward.

While they both adopt similar approaches to generating money, with the battle passes and rank-up schemes, I felt that Fortnite feels a lot more like it’s a complete package than Paladins – while it’s a solid online shooter and is going to hold a strong community, its clunkiness make it feel like a Beta version, something Fortnite does well to mask.

Paladins: Champions of the Realm

Paladins is a fun shooter, and encourages long-term play with its unlockables and level-up progressions. It loses to Fortnite in the addictiveness stakes, though, and isn’t helped by a less-than-seamless matchmaking system.