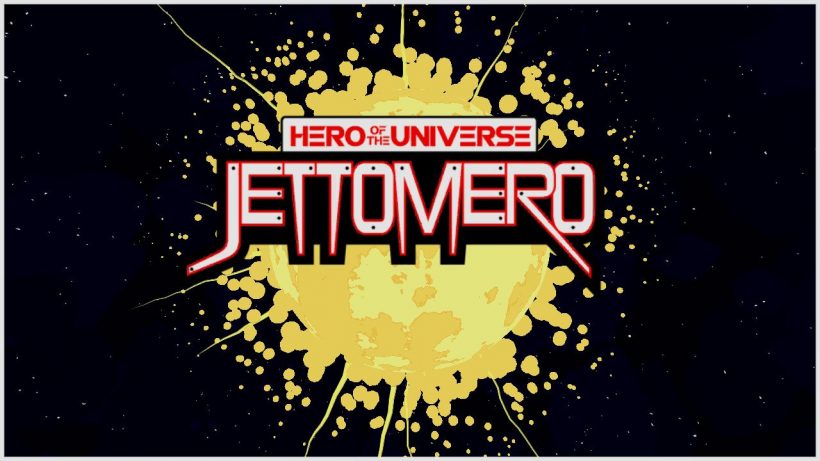 Referred to as ‘a meditative narrative toy’ by its sole developer Gabriel Koenig, founder of Ghost Time Games, Jettomero: Hero of the Universe comes to Nintendo Switch after initially launching on other platforms last year. It’s a calming, stylish little indie game that goes perfect with a cup of tea during the coming winter nights.

Part Grow Home, part Iron Giant, Jettomero is a simple, chill game about a robot trying to find its purpose. Awoken on a lone planet with no memory of how or why you are there, it’s your job to travel around the games’ procedurally generated solar systems, exploring and defeating enemy robots, collecting funky new parts to customise your look, and taking some brilliant snaps with the game’s cracking built-in photo mode.

By decoding encrypted messages left surrounding events that have transpired with a fun little mini-game, you can figure out in increments what happened to the human race, why they are in such a state, and why Jettomero is here in the first place to ‘save the day’. Jettomero is a relaxing game that doesn’t need a heavily narrative really, but it’s fulfilling to reveal a plot and connect the jigsaw pieces as you progress, and the little big robot’s innate desire to help gives him a lovable personality.

Jettomero’s main challenge along the way is a series of boss battles that play out like Saturday morning cartoon Kaiju battles, involving little button prompts to overbear your opponent. There is little challenge involved both here and in the entire game, but that isn’t too much of a bug-bear as it is clear that’s what the dev was going for. 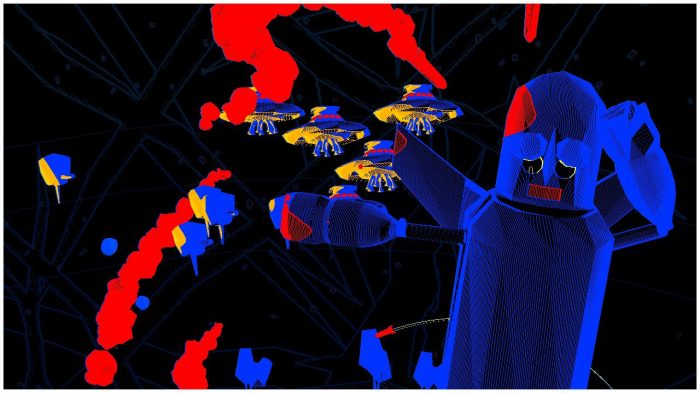 Where Jettomero really shines is in the atmosphere it creates, established by the combination of its sound design and most importantly its unique art-style. Whilst playing around with the in-depth photo mode, a tool becoming increasingly popular within modern games these days, I noticed when backing out with a filter still active that the ENTIRE GAME is playable with a ton of strikingly different visuals. It’s an amazing feat, and being able to switch graphical styles on-the-fly whilst zipping through space (in an already beautiful game world) is unlike anything I’ve seen before. 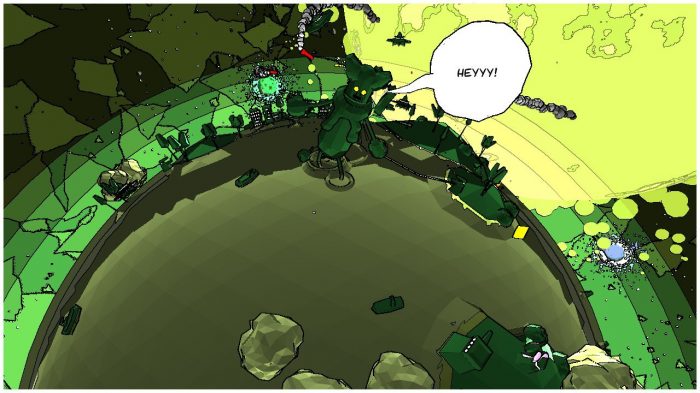 Jettomero’s procedurally generated gameplay does give you autonomy on how you want to play, be it carefully avoiding the surrounding planets’ buildings and civilians or garnering catharsis from squishing their pathetic defenses, but it can get repetitive fairly quickly. Travelling from planet to planet in search of enemy robots to fight in mini-Kaiju battles, every encounter plays out in the exact same way, the only difference being a new clue to solve or a development in the plot.

The game has the same frantic, physics based movements that you can see again in Ubisoft’s Grow Home, yet it’s not as satisfying to control. Watching the robot trundle along slowly like a toddler can get frustrating at times, especially when you’re getting repeatedly blasted by missiles and rockets.

Overall, Jettomero doesn’t have brilliant gameplay, but as a chill robot game with some stellar visuals and a snappy photo mode, it’s great.

Jettomero: Hero of the Universe

A charming little indie game about a clunky, bumbling robot with a conscience, Jettomero is a relaxing experience with a beautiful and versatile art style. Whilst the procedurally generated gameplay loop can get repetitive, the zen atmosphere created in Jettomero is worth visiting if you need a change of pace after a long day.