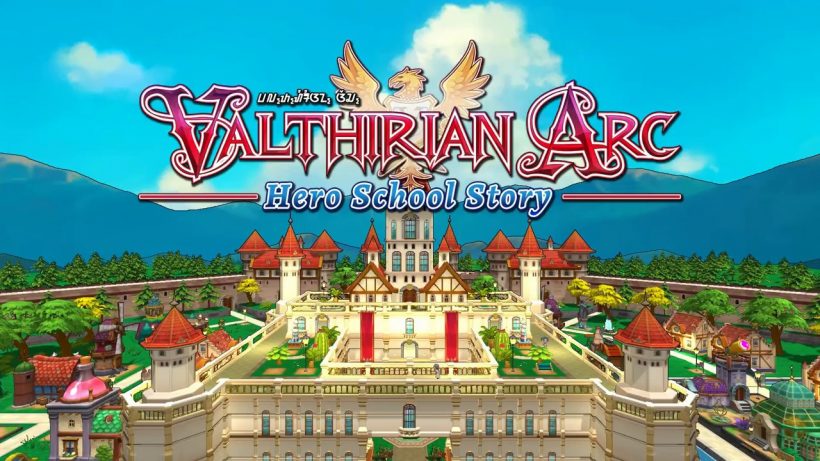 There are no heroes here…

I don’t think I’ve ever been as disappointed in a game as Valthirian Arc: Hero School Story. After playing the game at EGX, I was determined that I’d gladly throw my name into the ring and play it, because after all, I’d had such a good time, right? Only after I’d progressed heavily throughout the ‘story’ of this hero school management sim, I realized that I was doing so solely because I wanted the story and my suffering to end.  What looks to be a promising school management sim with heroes ended up feeling like a complete slog 80% of the time. Instead of becoming the boss of a fun, interactive adventure for heroes, I ended up feeling as though I was controlling mindless drones.

The first ten minutes you’re thrown into the world of Valthirian Arc and are told you’re the new Principal of your very own Academy. Neat. You get to name your school and you get a handful of new students to start with. At first, you’re limited to only a few buildings, mainly your classrooms and cafeteria.

And then, because I want to level up my students first before they go adventuring into the world, I send them on a presumably quick errand. Let me tell you something: do not send all your students on an errand. While I believed there would be more stuff to do while my students were away, I quickly realized that there was absolutely nothing to do but twiddle my thumbs and sigh. There was no way to speed things up, such as you can do with old management games like Zoo Tycoon, etc. 20 minutes of waiting is, to be frank, ridiculous and there’s no excuse on why a speed up option wasn’t included.

Combat, on the other hand, is Valthirian Arc’s saving grace, but only slightly. When your students finally come back from their 20-minute errand, you can go on missions. Here you can fight a ton of different enemies, only the rest of the maps are empty of everything but barrels. These missions are the best things about Valthirian Arc, and considering that it’s a hero school management game, I’m not convinced that’s a good thing. Regardless, it is great to explore the world with your students and watch them level up to become the cold-killing murder machines you always knew they could be.

Unfortunately, that’s where the fun ends. After each mission got closer to its end, I started to feel reluctant to head back. As easy as killing all these enemies was, they were at least way more fun to play around with. I’d rather play with them than head back the school where all my students only interacted through speech bubbles with emojis inside, and the same ‘in-game’ event happened over and over again in an attempt to add life to a game that is completely devoid of it.

Overall, that’s how I’d describe Valthirian Arc: Hero School Story up in a single sentence: an attempt. It attempts to add life to the progress you make, e.g promoting your students to different classes as they level up, and then promoting them, but it just feels like a shallow, half-hearted attempt. There’s no fun, no joy and the only thing that made me smile in this godforsaken game was how pretty it looked. A complete waste of your time.

A shallow attempt at a management simulator that looks promising, but rewards your patience with an empty world, a lack of features that would make the game fun and a completely joyless cast of characters. Avoid!