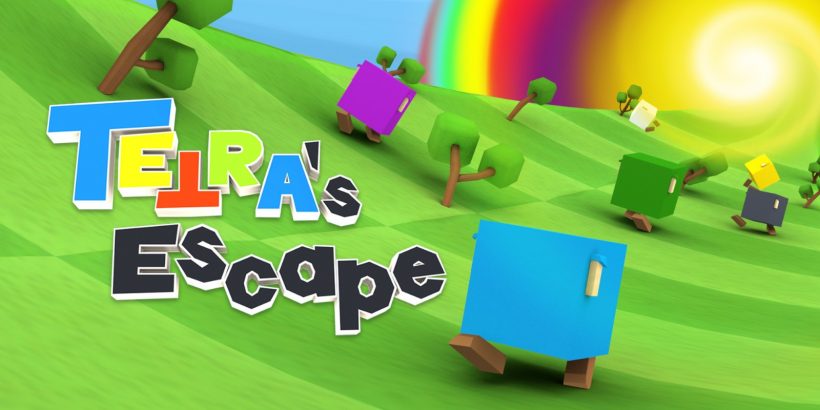 A game starring Tetra but Link is nowhere in sight.

Remember Pullblox? It was one of the early success stories of the eShop on the 3DS, a simple but unique puzzler which kept players attentions for far longer than they were expecting.

Much like Pullblox, in Tetra’s Escape you’re presented with a side-on view of a level and the concept is simple. You have to move “Tetras”, cutesy little cube-shaped characters, across each level, collecting three stars and then a trophy which appears once the stars have been hoovered up, before finding a way to reach the level’s exit. You’ll make use of a number of Tetras in each level, with most of them having the ability to amend their shape to a Tetronimo-like series of blocks in a pre-set shape pre-assigned to each Tetra. You can then use these shapes to make ramps and pathways that other Tetras can walk upon to reach the collectibles and the exit.

It means that each level requires some planning before you start pressing any buttons. Where do you need to place the platforms? Where to place the other Tetras so you don’t box them in and when you save in a shape selection? With no undo button, if you don’t take care you’ll find yourself needing to start the level over from scratch.

But you can’t really plan for the drop of the trophy – you won’t even see it until you collect each level’s three stars, and it may appear in a spot on the course which you can no longer reach as a result of the placement of your shapes. It makes for a trial and error type dynamic – an undo button would therefore have been welcomed, as you’re having to use memory to retrace your steps and to try not to make the mistake which put the trophy out of reach the last time. It’s not a major disruption to the enjoyment of the game; rather, it’s a quality of life upgrade which would be nice in the event of a sequel.

Levels are set across an overworld, with different worlds separating the types of puzzles you’ll be taking on, and adding new elements to the formula each time. You’ll start by getting to know the ropes of establishing shapes, before learning to rotate and flip them. Dropping a Tetra from a height of over three blocks will result in it being rendered unusable, but in some levels this can be used to your advantage as the conked-out block becomes a handy platform to free other blocks which were initially unable to move.

With 64 levels, there’s a lot of fun to be had in Tetra’s Escape. There are some neat puzzling and platforming ideas, but nothing which will completely blow players’ minds; it’s one to have stored on your Switch for a quick blast here and there.

Tetra’s Escape offers fun pick up and play puzzling. It’s not a mind-blowing experience, granted, but it certainly has a place in your eShop collection.