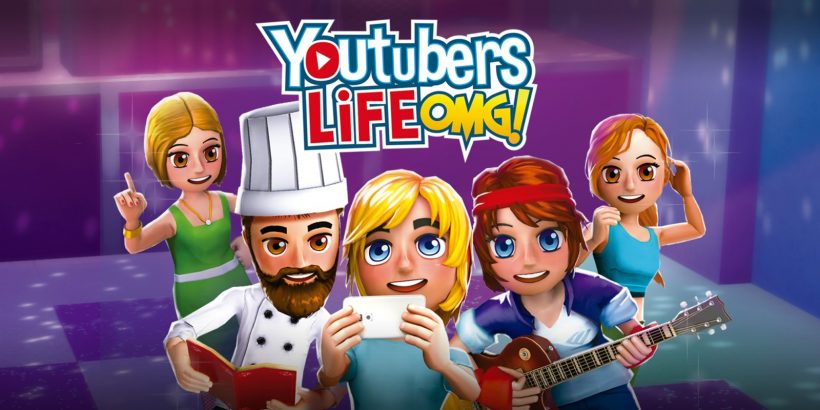 I’d wager that, in this digitally-focused day and age, most young adults, children and anywhere in-between have, at some point, been tempted by the all-so alluring concept of becoming a ‘YouTuber’, alongside the likes of Pewdiepie and Jacksepticeye. After all, we only see the glitz and the glam that Google’s most popular purchase can offer. We don’t see the behind the scenes struggles, the work-life balance feud and, most appropriately, the technical mishaps that can immediately halt any prospects of turning this allusive dream into a reality. The awfully sub-titled YouTubers Life: OMG Edition has it all, but leaves you feeling more frustrated than inspired at the end of your time with U-PLAY Online’s latest.

The cultural phenomenon that is YouTube, according to U-PLAY at least, consists of three large entities: Cooking, Music, and Gaming. You start off your avatar’s adventures by selecting one of these three ‘unique’ paths, shaping the adventure that lays before you. I chose to game, naturally, and thus my quest for digital world domination did start – in an empty bedroom, gameless, with a PC that could have been ripped straight from the 90’s. Menial tasks initially litter the first few hours, asking you to create rudimentary reactionary videos. Whilst the task of queuing actions will be familiar to those that have spent any time with sim-styled games, the act of putting a video together is more involved, allowing you to chose cuts, effects, and so forth, all with the hope that more viewers, subscribers and, eventually, revenue will come as a result of this.

This revenue is then poured back into your gaming rig that, arguably, looks more modern as you progress, thus allowing you to create longer, better videos. With that experience, more types of videos become available to create also, including reviews. The time it takes to progress, especially considering that, initially, a balance must be met between progressing your online career and the normality of ensuring studies are kept to an appropriate standard, means the most crucial period – the beginning – indisputably feels like a slog.

The game struggles with even the most basic of tasks, either stuttering between most button inputs or simply just ignoring them altogether. Each in-game task has a momentary pause, too. Should this have been an occasional hiccup it would be excusable, but the certainty and regularity cause the pace to often grind to a halt, forcing you to simply wait for the game to catch-up. These egregious technical problems permeate throughout YouTubers Life, making the experience feel undeniably amateur. What’s worse is – having spent time with the PC version – it’s immediately apparent that the prior issues are localised to this edition; The Switch should be able to handle this with ease, and it deserves better.

YouTubers Life: OMG Edition isn’t necessarily a bad game, but it’s an awful port for Nintendo’s finest. Considering mobile iterations also exist, it’s bizarre that touchscreen inputs are nowhere to be found. Whilst that certainly wouldn’t be the saving grace, it would certainly alleviate some of the many control issues found throughout. A unique take on the sim genre, one that’s unfortunately hampered by technical woes that almost make this unplayable. Almost.