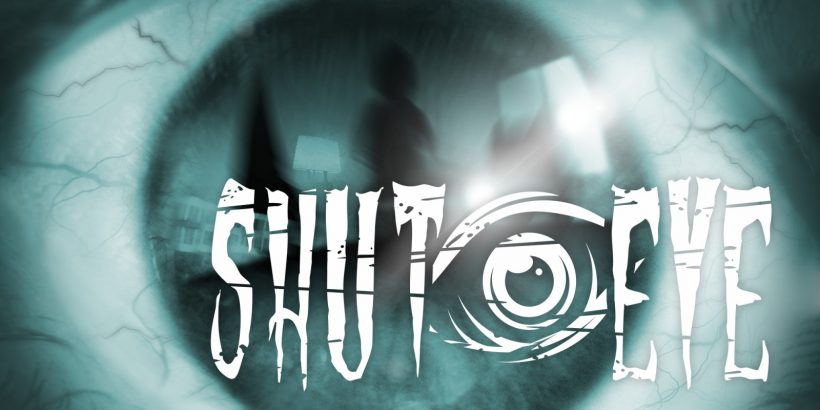 Shut Eye is a budget horror title which has you play as a child who’s scared of the terrors of the night. Set entirely inside the child’s bedroom, you have to keep your anxiety levels down basically by trying to ensure your flashlight is charged with fresh batteries. But all sorts of creepy goings-on take place throughout the night, so this isn’t one for the faint of heart.

This is a pretty cheap-feeling game, but it certainly has its scares. Set across a number of nights, the mission is to make it to 7am in order to finish a level. Each level will then start an hour earlier than the level that preceded it, so the increase in difficulty simply comes in the amount of time that you have to stay on top of your anxiety.

Player input is pretty minimal. There’s no getting up and walking around to explore the room at all. In fact, you have a choice of three automatic movement options, the first being to climb to the bunk bed above you, the second to peer at whatever horror might lurk underneath you, and the third to head to the lightswitch which is near the garden door to your right. The reason for these movements is to guess lucky as to where batteries randomly spawn throughout the night – as soon as the battery runs out on your torch, your anxiety level increases, and so you waste time if you pick the wrong direction and then have to wait until your character moves back to the starting position before you can choose again. Fortunately, you can sometimes see where the battery is if you choose incorrectly, so that saves you time in terms of guessing right at the second attempt over the third. You can’t turn your view far enough to see any of the battery locations from the bed.

The monsters aren’t particularly varied, but they are scary. They can blink into place at a moment’s notice, and can include an evil gnome which makes its way in from the garden door, a demonic teddy bear, a stood-up baby doll and a disembodied doll’s head on a mechanical spider-like base like that freaky one from Toy Story. Pressing X lets you use a music box which dispels the enemies when you see them but also increases your anxiety, so the game is a balancing act to get through the night.

That’s just about all there is to be aware of here. While the scares can be good, the variation is not, and Shut Eye’s budget background passes through a bit too soon. With no real tutorial, you have to teach yourself the basics, but by the time you’ve figured it out, you’ll have seen all that the game has to offer.

Shut Eye is short-lasting horror. It certainly has an atmosphere, but that diminishes as things get repetitive.