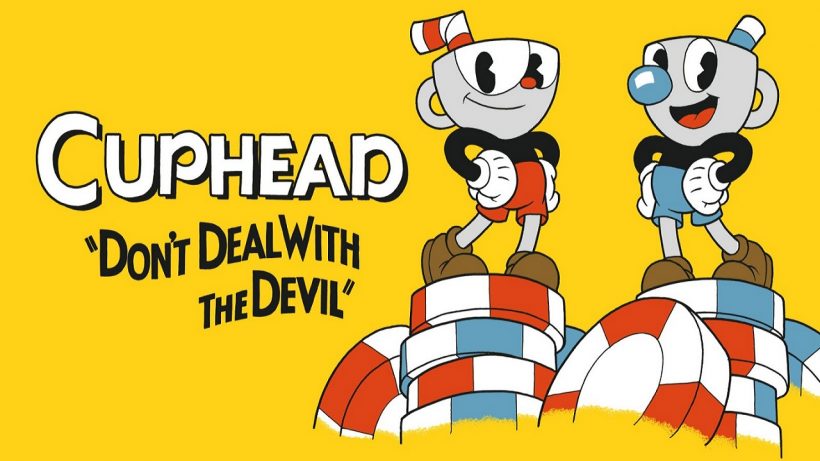 The praise that you’re playing a living cartoon has been bandied about before but Cuphead, a labour of love inspired by Fleischer Studios’ 1930s cartoons like Popeye and Betty Boop, is the real deal.

It also marks the first of potentially many former Xbox exclusives making their way to the Switch, and this gorgeously hand-drawn cartoon world seems perfectly suited to the Nintendo family. However, if you’re coming at this weaned on the chilled platforming of Yoshi and Kirby, well I’ve got news for you. For starters, tobacco, alcohol and gambling references (perhaps a sly nod to pre-Hays Code cartoons in the US) makes the world of Cuphead more adult than it appears. Secondly, it’s tough as hell.

At its core, Cuphead is an old-school hardcore platform shooter about memorising increasily demanding attack patterns from a rogue’s gallery of bosses with multiple phases, which while a feast for the eyes also serves to raise your anxiety of how to navigate the fresh projectile hell coming your way. One of the key mechanics to aid you is the ‘Parry Slap’, which when you hit jump at the right time lets you parry pink projectiles, granting you both an extra jump and boost to your Super Meter for unleashing more powerful attacks.

The game is ostensibly a boss rush, though you’re also treated to scrolling shmup fights while in an airplane reminiscent of the plane sections in Super Mario Land. The run and gun levels however feel more like padding, though at times trickier than the boss fights themselves. They’re nonetheless crucial for collecting rare coins that you can spend on upgrades from the in-game shop to help you stay alive longer, from new weapons to extra health points – oh, and Porkrind is easily the best video game shopkeeper since the Merchant in Resident Evil 4.

Drop-in two-player is available for all levels, which also work for split Joy-Con. Whether that helps or hinders progress is debatable, because while you do have a short window to revive each other with a parry slap, an extra person also makes the action trickier to parse.

Another caveat is the default controls arguably makes the game more difficult, considering shooting, jumping and dashing are all mapped to the face buttons. The good news is these are all reconfigurable, and I highly recommend remapping shoot to ZR.

The old-school pattern recognition difficulty won’t be for everybody, and the ‘Simple’ mode is something of a lie, especially when you’re still required to get through the game on the default difficulty if you want to reach the endgame.

But as each death takes you to the restart screen showing just how far you’ve inched along to beating a boss, there’s just as much satisfaction of hitting that elusive Knockout as there is vanquishing the most fearsome foe in Dark Souls.

Cuphead’s exquisite visuals and jazzy soundtrack perfectly transfers over to Switch, though you’ll need to be up for the challenge to appreciate most of its rewards. Most importantly, this game may be the start of a beautiful friendship between Nintendo and Microsoft.