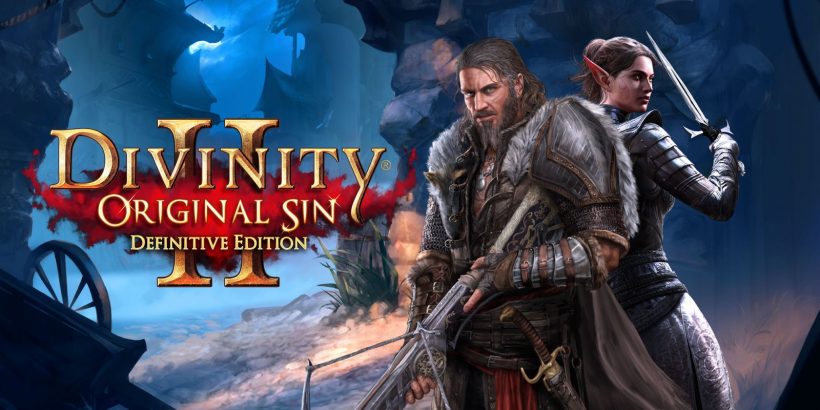 If I were a betting man, I’d put a fair few doubloons on the idyllic Nintendo adverts – featuring the perfect lighting and the ever-so-beautiful friends and families – being works of pure fiction, and not representative of the real, gritty world that we live in. Playing the wonder that is Divinity: Original Sin II Definitive Edition, however, would paint a more familiar scene, filled with dimly-lit rooms, pizza and, fortunately, not-so-attractive friends, as to not toy with my constant feelings of inadequacy.

Even the most picturesque Nintendo adverts pale in comparison to the scope and grandeur found within the fantasy world of Rivellon, however. With Larian Studios’ 2017 hit providing an absolutely astounding amount of content, there’s absolutely no doubt in saying that Divinity: Original Sin II can easily be considered one of the greatest games of this generation – no small feat for an RPG, more so one that has peers such as The Witcher 3: Wild Hunt alongside it. The universal acclaim that the initial launch on PC garnered, together with the game’s many complexities and intricacies, made me concerned that the expansive role-playing playground wouldn’t translate well to a less powerful handheld console. I needn’t have worried.

Divinity: Original Sin II is a Western RPG that features complex, branching stories and equally diverse tactical turn-based combat. The breadth of the decision-making is far-reaching beyond measure, culminating in an adventure that has the potential to be unlike any other. Throughout the expansive story, you can recruit up to three companions to assist you should you choose to play alone – or, alternatively, you can have friends fill out these positions via online multiplayer. The size of this immense adventure had been presumed to have been stripped back for the Nintendo Switch port of the Definitive Edition, but that isn’t the case whatsoever: what we have in our hands in the complete experience, albeit in a more storage-friendly 11GB format. This is opposed to my current 58GB install on Steam…!

First off, it’s important to understand that the Switch is, understandably, incapable of pulling off the same graphical feats as both the original PC release and the more-recently released PlayStation 4 and Xbox One ‘Definitive Editions’. Likewise, the flexibility of a keyboard and mouse is not to be found within the restrictive confines of Joy-Con. Thankfully, the former of the two concessions is admittedly scaled back, but by no means unattractive, and the latter has been reworked from the ground up via subtle changes to the user interface to accommodate the fewer buttons players have at their disposal. Amazingly, it functions almost as if this were the intended input from the beginning – truly one of the more impressive feats shown throughout.

The true icing on this conveniently-placed metaphorical cake, however, is the Steam integration that grants the player cross-save functionality between PC and Switch. The inclusion of such a feature could easily convince those who already have this added to their Steam library to double-dip purely for the portable adventures they could have on their commute. Whilst the Steam/Switch compatibility is the first of its kind, it’s hard to not see this being used elsewhere in the future, solidifying the Switch’s whispered claim on being the go-to portable machine.

Aside from the cross-save compatibility, the vast majority of the content is the same. Prior to delving into the colossal campaign, you’re given the chance to create either a wholly customised character or else choose from a pre-made ‘Origin’ character. While the difference between the two options may not initially be apparent, the latter is accompanied by a rich story and accompanying lore. The pre-made characters still allow you to choose whatever class and talents you so desire, which immediately made it the more appealing choice starting off.

The immediate benefit of the additional lore provided by the named characters is that you have a forced familiarity through this daunting adventure, making the odd reference to places and people of interest that you otherwise wouldn’t have made a connection to. This isn’t to say that the scope of your own role-playing wishes isn’t to be found, however, as there’s still plenty of scope to enjoy the adventure you wish to carve out through the copious choices, whether they be action-based or through dialogue trees, during your many in-depth hours spent.

From there, the potential diversity between playthroughs is hard to quantify through words, as each story – regardless of whether it’s the “main” story or the various side-quests – will resonate with both you and your on-screen persona differently. The complexity of the combat is similarly astronomical in scope. For those that haven’t delved into deep RPGs such as this, the combat is easily likened to the world of 2017’s The Legend of Zelda: Breath of the Wild, in that it acts as a playground for your wonders to come to life. Through toying with both the environment and different skills or magics, you’re truly able to craft your own play-style or, at least, have a mere moment of wonder as your deathly desires come to fruition.

From encounter to encounter, seemingly minor side-quest to near-heartbreak moment, the calibre of the content is monumental in scope and execution. Larian Studios’ hit feels just as home on the Nintendo Switch as it does anywhere else, and supposed technical limitations be damned, this is a masterpiece through and through.

Divinity: Original Sin 2 Definitive Edition boasts a living, breathing world, with Larian Studios appearing to have perfected the formula of the RPG. From the moment-to-moment gameplay, this was an absolute joy to play through, and it’s hard to see where the developers can go next.