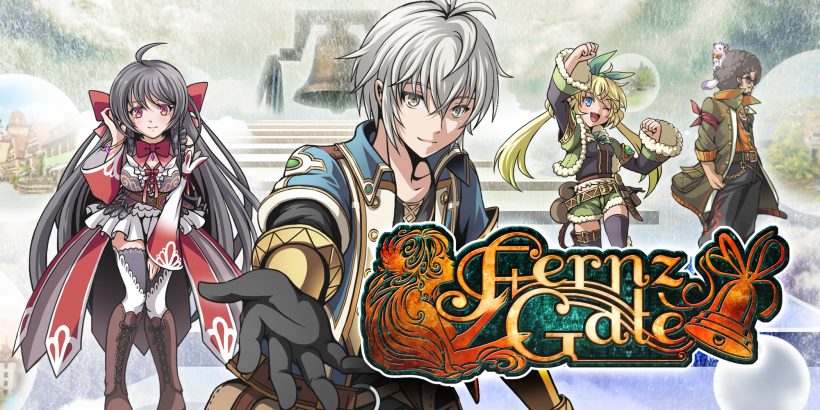 In a market saturated with 2D scrolling turned based JRPGs, it can be difficult for fledgling titles to find their way into anything other than the most dedicated of fan’s collections. Considering the high standard set on the Switch with Square Enix’s Octopath Traveller, could prolific JRPG developer Exe-Create have created something in Fernz Gate that’s worth a look?

Coming from the perspective of someone that hasn’t played a huge number of these JRPGs, it did a remarkable job of persuading me that it was ticking a lot of boxes that fans of the genre may have come to expect. You play Alex: a typically handsome anime teenager that – while walking home from school one day – finds himself transported from Earth. You’ll ultimately end up in Fernland, a curious realm caught between the cracks of space, and where it’s seemingly no oddity for people to become mysteriously trapped.

Fernland is a place in harmony with the force of mana – an essence coveted by the powerful and protected by the righteous. Through overly extensive early game cutscenes, we’re informed that the big bad of the game, Clangorrah: Evil Overlord, is harvesting mana from humans here in order to maintain his dominion. Thrown together with fellow new arrival Lita, and local veterans Torrel and Vibachi, you’ll begin your journey to find your way home.

Visually, the game is undeniably plain. You’re not going to be doing backflips in excitement over the towns and dungeon areas to be explored. When in combat, things take a turn for the better. The attention to detail in the sprites is actually pretty good, and as you start to unlock more powerful weapons, the cosmetic detailing on your character changes, which is a nice touch.

Now, any JRPG is only as good as its combat system, and Fernz Gate packs a surprising punch. The turn-based combat will be recognisable to most, but interestingly in this iteration, you’re split into three teams of two – each team consisting of a vanguard and support slot. The vanguard will be tasked primarily with a combat role, whereas the support slot can either assist with some extra damage, or use an item or buff. Creatures in the game known as “Buddies” can be collected and utilised in support positions throughout your team, offering a variety of skills. Most importantly, they take the form of adorable creatures – such as Baron the ferret, and Sir Cactus, the most valiant cactus I ever did see.

The game supports a lot of skill and spell advancement as you level up, and the variety is massive – depending on the weapon you specialise in, and which elements you choose to master – Fire, Earth or Water. The combat system relies heavily on matching up your elemental types against your opponent, so creating a balance where your team is able to cover all bases, without necessarily having everyone be good at everything, becomes key to a high powered team.

For all its familiarity, Fernz Gate offers one glimmer of innovative brilliance – the ‘Curio’ system. These devices allow you to manipulate the encounter rate of monsters in any dungeon. For gamers like myself that want to explore, but hate the idea of constantly fighting random low-level monsters, this is an ingenious solution, and it’s little touches like this that may make this game stand out to Switch owners that want a more streamlined RPG experience.

It’s not going to set the world alight, but a well-developed combat system, some so-bad-it’s-good dialogue, and overall thoughtful optimisation options deliver a welcome surprise in this modest, enjoyable RPG.