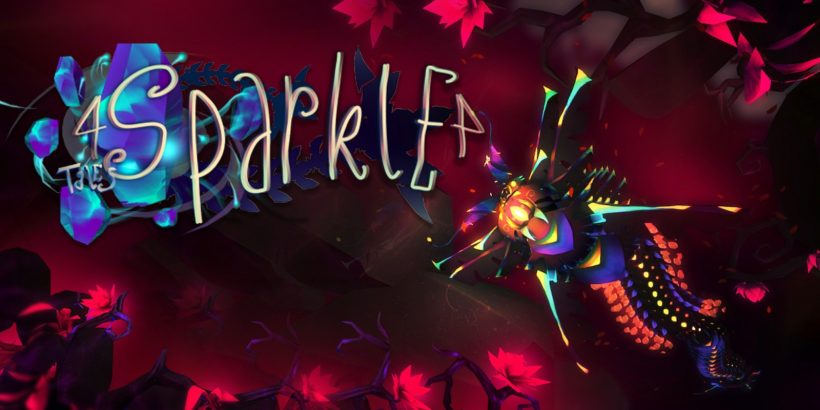 When it comes to the Sparkle games, the confusion starts from knowing which series we are actually talking about. After all, there are two very distinct franchises which hold that very same title. Developed by 10tons, you’ll find puzzle titles like Sparkle Unleashed and Sparkle 2. Then, there are the Sparkle games developed by Forever Entertainment. Sparkle 4 Tales is the sequel to their microscopic being simulator Sparkle Zero, Sparkle 2 EVO, and Sparkle 3 Genesis. Knowing the origins of Sparkle 4 Tales is important because the game isn’t much different than its predecessors.

It is impossible not to make a comparison (again), but Sparkle 4 Tales is very similar to the introductory sequence from Maxis’ Spore. Here and there, you control a kind of microscopic being, lost in some kind of prehistoric water pool. In a more general way, your main objective is simply to eat and survive. However, by doing that, you’ll slowly start to evolve into a more complex and powerful creature. Even so, there’s not much action involved, because this is a kind of contemplative experience. You won’t be doing much more than just swimming around while watching surreal landscapes and listening to a psychedelic-inspired soundtrack.

When it comes to the premise and basic controls, Sparkle 4 Tales haven’t evolved too much from its predecessors. On the most part, you’ll control your little creature from a top-down perspective. As you swim around, you’ll eat light orbs that represent other organic creatures – both fauna and flora. Collect a certain number of orbs and you’ll gain a new ‘level’. Get enough levels, and you’ll evolve into a bigger and more elaborated creature. Then, repeat.

In an attempt to add some variety to this basic gameplay loop, Sparkle 4 Tales has some little new tricks. Its map is now entirely interconnected, as you choose your own path and take things in a different order. As a negative consequence, though, it is much easier to get lost now. The game presents itself as a relaxing experience, but the effect may end after spending ten minutes trying to find your next objective. Another new feature of 4 Tales is the addition of friendly helpers. They are another reward for collecting a set number of orbs and will fly around you, helping you to collect new additional orbs.

The last new aspect of Sparkle 4 Tales is probably its most disappointing element. As its subtitle suggests, this iteration of Sparkle proposes to expand on the narrative department, creating a whole tale involving your microscopic creature and its many adventures. However, despite stopping your experience from time to time to present new aspects of the world, it does that in a mostly uninspired way. After all, a battle between good and the evil won’t be new or interesting if you just name them as Sparkle and Void.

Despite some little novelties added to the repeated formula, Sparkle 4 Tales doesn’t play or look new enough. It is basically more of the same Spore-like experience, which was good as a short mini-game, but not as a fully-fledged title. If you’re looking for a relaxing and contemplative kind of experience, then it may have some appeal to you. Yet, if you look for them, you can easily find better options available on the Switch eShop.

The newest addition to Forever Entertainment’s microscopic being simulator franchise, Sparkle 4 Tales, isn’t that much new. Just like its predecessors, it still provides a kind of contemplative experience, but it fails on presenting any kind of interesting tale.