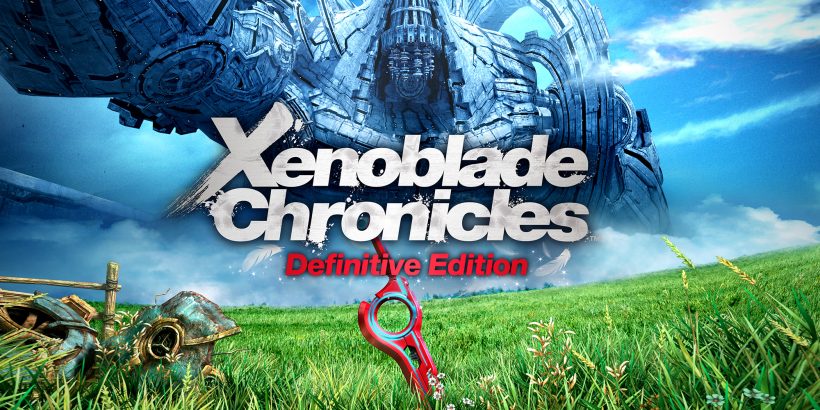 These are strange times.

With a pandemic continuing to take hold around the globe and wreaking havoc with gaming’s new release schedules, plans for 2020 have gone out the window. E3 is the most notable gaming name to fall by the wayside, but COVID-19 has forced Nintendo’s hand, too – with no Nintendo Direct presentations full of new games expected any time in the foreseeable future, we find ourselves in a situation where the game Nintendo are looking to in order to fill the summer is… a remaster of a ten-year-old Wii game which, it just so happens, is a JRPG, a genre which is still considerably niche to a Western audience. Fortunately, as far as JRPGs go, Xenoblade Chronicles is one of the most immersive experiences out there.

Xenoblade Chronicles saw its original release in the dying days of the Wii era, and was one of three significant Japanese RPG titles which were the subject of a fan campaign to have heavy-hitting Japan-only titles localised in the West. Termed Operation Rainfall, the campaign proved to be a success – all three of those games crossed the globe, with Pandora’s Tower and The Last Story as the other two. The Xenoblade series is hammered home as one of Nintendo’s signature IPs now, with a follow-up, Xenoblade Chronicles X, getting its own Wii U console bundle (a sure-fire sign of Nintendo’s backing if we ever saw one), and then Xenoblade Chronicles 2 hitting the Switch a few years later. Hell, even the first game’s protagonist Shulk has become a member of the Super Smash Bros. roster and has been given his own amiibo to boot.

While the first game in the series was re-released on both the New 3DS and the Wii U eShop, it’s the Nintendo Switch Definitive Edition which is by far the most accessible. This must be noted early on, as the original game’s difficulty and complicated battling system were enough to put this reviewer off the game some ten years ago. The crucial factor in this is the addition of two new difficulty modes, Casual Mode and Expert Mode. Get smashed by enemies too many times and the game will suggest taking things a little easier – and for those who aren’t too into complex JRPGs, this makes the whole experience far more manageable. Yes, you’ll still die, and probably do so a lot without taking time to churn your way through the levelling system, but it makes all the difference in welcoming the non-die-hards. Expert Mode does the opposite, allowing you to distribute XP amongst the characters as you wish.

So, what’s Xenoblade all about? Well, this is an adventure RPG centring around two colossal and now-petrified life forms, the Bionis and the Mechonis. The two beings fought an epic war which ultimately ended in a tie, leaving their carcasses set in place and allowing entire ecosystems to come into being on their bodies. The Bionis is home to the humanoid Homs race, as well as the angelic High Entia and cream puff-like Nopon, amongst a whole host of other species which roam its wide open areas and caves. Shulk is of the Homs race, and has a close relationship with fellow characters Reyn and Fiora. The inhabitants of Bionis are sworn enemies of the inhabitants of Mechonis, the mechanical beings known as Mechons. Xenoblade Chronicles’ prologue shows the most recent war between the Homs and the Mechons; the main game jumps forward a year to when war hero Dunban nurses an injury and is almost helpless as a sudden Mechon attack strikes his home area of Colony 9.

As a result of the attack, Shulk comes into possession of the Monado, the all-powerful blade which is the only thing the Homs have at their disposal that can do damage to Mechon. The problem? Only a select few are able to wield it, with Dunban the one before. The lengthy story of Xenoblade Chronicles: Definitive Edition focuses heavily on the capabilities of the Monado, with new powers being unlocked along the way and the weapon even taking on new appearances as it becomes more powerful.

While he’s the only character you can use the Monado with, Shulk isn’t the only playable character. Throughout the adventure, additional characters of different species will come into contact with your group; some will tag along, with a few of them sticking around for good. Your main party of characters, though, will always consist of three of those characters (other than a couple of fleeting story sections), with you in control of one of them. So, you will have to decide which characters complement each other best – with some specialising in dealing damage, others having high HP, and others capable of delivering offence from out of enemies’ reach.

Battling in Xenoblade Chronicles: Definitive Edition feels more intuitive than it was in the original game. You can initiate standard battles yourself by sneaking up on enemies, or enemies will make the first move if they spot your approach (boss battles will start automatically at relevant points in the story). Each character has their own range of special attacks, which are represented by a row of circles at the bottom of the screen. Some might allow for attacking, some for health regeneration and others for powering up stats, so a bit of experimentation is encouraged for getting to grips with all of them.

While the core battling happens in turns and is performed automatically, you are able to move around the battle area and strike the enemy at different points. There’ll be certain positions – like from behind the enemy, or to its sides – where certain attacks will deliver more damage, and this will be indicated by a blue exclamation mark icon appearing on the relevant circle. With Shulk, the circles are multi-layered; the second row displays Monado abilities, which include the super-useful ability to enable all standard weapons to damage Mechon and to greatly increase the Monado’s Mechon-damaging power. Battles are chaotic, with your party of three all taking shots at the enemies, but the likelihood is you won’t even be looking at the action and will instead spend the entire thing watching the circles at the foot of the screen, waiting for them to recharge so you can use them again.

While battling is a huge part of this game – you’ll find yourself in a battle at least once every few minutes throughout its entirety – there are other things to do. The major ones, of course, are the main quest and side quests. You can set one side quest as your marker point, while the main quest is permanently set, and you can flick between the two so your map shows a dotted-line trail to wherever the objective is. Quests can be about tracking down items, speaking to characters, interacting with an object or killing certain wildlife that roam the region – and sometimes you have to wonder who Xenoblade’s real bad guys are when you just swan around murdering animals that were paying you no attention.

Some quests will only be completable at certain times of the in-game day, though luckily you can head into the menu to change the time at will. The menu is also where you’ll find a full map – the game is split into several different areas, but you can use the map to warp to a landmark on any of them once you’ve discovered it. A little oddly, you can only see the precise location of a quest marker once you’re within its map area, so at times you’ll have to warp to a random point of the map just so you can know exactly where you should have warped to. There is a ton of side quests to complete, with some NPCs dishing you several quests one after the other, making it feel like you’re spending minutes at a time clicking through their text boxes. This is a very reading-focused game, but the waymarks on the map should help to figure out what you need to do even if you aren’t paying attention.

It’s arguably worth the mundanity of all the text and all the grinding battling to level up, though, when you consider just how gorgeous this version of the game looks. The graphics haven’t just been upscaled, they’ve improved to such an extent that this entry actually looks nothing like what the original game did on Wii. It brings the first game visually in line with the Switch’s Xenoblade Chronicles 2, and it’s only the strange hoppy animation of the characters’ movements which give any clue that this game is as old as it is. With stunning, vast landscapes, deep and detailed long-distance perspectives and crystal clear character models, this is about as good as Xenoblade Chronicles is ever going to look. There’s a ton of depth, not just in the number of enemy species, items and power-up perks, but also in the characters’ outfits, which can be customised to the point of ridiculousness. It is undoubtedly hilarious when you’re watching a deadly serious moment of a cutscene, with every character seeming deeply concerned and then seeing Sharla standing in the background with her boobs almost falling out due to wearing the tiniest and most inappropriate of bikinis.

So that’s the dilemma with Xenoblade Chronicles: Definitive Edition: the game looks fantastic, parts of the soundtrack have been remastered (that bit’s very good) and there’s a sense of adventure which is approaching the level of a Zelda game. But, as is the nature of JRPGs, there’s a lot of monotonous grinding and text-reading to plough through along the way. If you’re a Nintendo fan, though, and want to know the story of the mysterious Shulk of Smash Bros. fame, then this epic adventure across the Bionis and the Mechonis is one that must be experienced.

You’re looking at efforts of some sixty hours to complete the game’s main story, but fear not – you don’t have to play the main story at all if you’ve done it all before and are only here for the new bit. The Future Connected epilogue offers ten-or-so hours of bonus content, accessible directly from the game’s main menu, and it is presented in much the same way as how the main game now looks, with a few slight alterations. The player characters here are Shulk and Melia from the main game and two new Nopon, with no others – you’ll only have to select one character to leave on the shelf for this adventure.

Set a year after the main story, the High Entia, Melia’s people, have been displaced from their Alcamoth flying palace home, and the new, dark threat is omnipresent. Again, there are new main quests and side quests, but the most interesting is a troupe of twelve Nopon hidden across the land (which is much smaller than in the original game). These Nopon will join your party as NPCs but will chime together for a super-powerful special move every now and then. That’s as far as this review’s spoilers will go – go ahead and take it in for yourself.

So yes, Xenoblade Chronicles: Definitive Edition is the game to save the summer for Nintendo. No, it’s not entirely brand new, and no, it’s not for everyone, but the sense of wonder and adventure is definitely there. If you’re not on board with the Xenoblade series already, this is the best possible entry point. Bear with it for the adventure, the story and the battling (when it’s good), and do your best to ignore the grinding and the sheer weight of all the reading that needs to be done. Try it out – those Mechon aren’t going to vanquish themselves.

Xenoblade Chronicles: Definitive Edition is the perfect entry point for the series and deserves to be a summer hit. Full of story and adventure, it’s one of the deepest series Nintendo have delivered, and it’s worth getting past the grinding and the text overload.