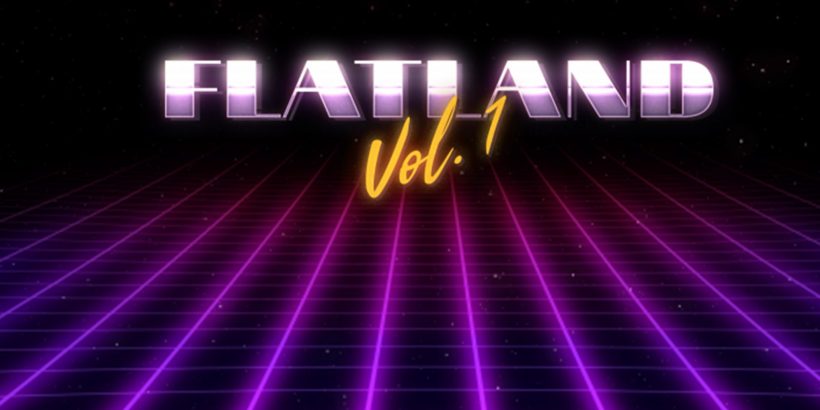 Thanks to indie developers, certain non-mainstream genres were rescued from the past. Beat ‘em ups, shoot ‘em ups, and roguelikes (only to mention a few) have become popular again, with many different interpretations and tweaks on their original formulas. Nevertheless, there’s no other genre that has been recreated on the same extend as platformers. For fans of the genre, this is great, as you’re well-served on every single platform. However, the negative result is a kind of over-saturation of the genre. There are too many of them, up to a point that, now, only the very best will be able to stand out.

Within the now over-saturated platform genre, there’s an equally over-saturated sub-genre: the hardcore platformers. These hard-as-nail experiences, where any mistake will lead to a defeat, have become infamous thanks to early titles such as Super Meat Boy and VVVVVV. Now, many others have followed a similar approach, including not only renowned games such as Celeste and The End is Nigh, but also less-known titles like Binaries and Reed Remastered. Among so many nearly-perfect hardcore platformers, FLATLAND Vol.1 feels like a disappointing experience – not because it is a bad game, though, but due to how it is too similar to everything else.

If you have played any of the aforementioned hardcore platformers before, then you’ll instantly know what FLATLAND Vol.1 has to offer. Without any kind of narrative pretext, FLATLAND Vol.1 puts you in a sequence of minimalistic sidescrolling levels, where your objective is to guide a cube to the end of the stage. This is easily said than done, though, because you’ll have to overtake many different hazards, including spikes, contraptions, moving platforms, among others. If you want to rise up the challenge, there’s also collectables positioned on hard-to-reach sections, as well as short-sized secret levels. 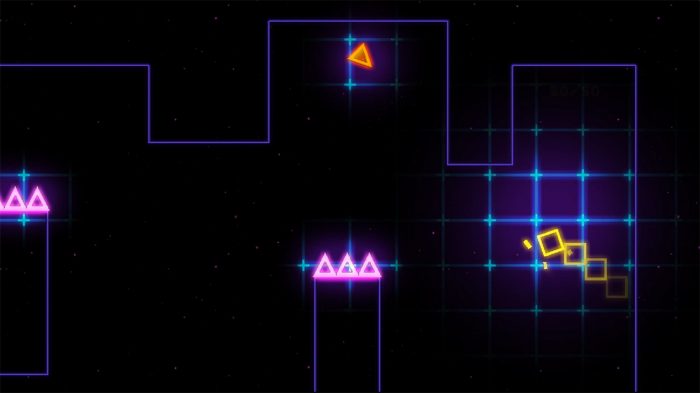 When it comes to the gameplay aspects of FLATLAND Vol.1, you’ll find pretty standard (but competent) mechanics. This is a game with a heavy focus on wall-jumping and controlling your character mid-air and, for the most part, you have access to mechanics that are good enough for you to be in control at all times. Thanks to this, the game feels just, even on the hardest sections. Success or defeat is always up to the player’s skills, and you are aided by the ability to instantly reload every time you die in a level, which is to be expected in this type of game.

At first, the main attraction of FLATLAND Vol.1 lies in its distinctive art-style. The minimalistic levels are all composed of neon-like visuals, where certain elements shine brightly among the dark-layered levels. This is complemented by a synthwave soundtrack that, despite not being truly memorable, does a good job in creating a cohesive censorial experience. Unfortunately, the initial impact doesn’t last long, especially when you consider the fact that there’s absolutely no variation in the presentation styles. While pretty at first, the game’s visuals becomes bland and repetitive with time.

If you’re a big fan of hardcore platformers, then FLATLAND Vol.1 offers a good package for a kind of familiar experience. If you wish to explore it to its fullest, the game comes with many additional modes, which work as ‘remix’ versions of the standard campaign, so there’s a lot to take from this title. However, due to its same-y gameplay, simplistic presentation and lack of narrative, FLATLAND Vol.1 doesn’t feel like much more than an imitation of other greater platformers.

The main issue of FLATLAND Vol.1 is that it’s a hardcore platformer that doesn’t really bring anything new to the board. It does offer competent gameplay and interesting visuals, but it feels like an experience that you’ve already had before.