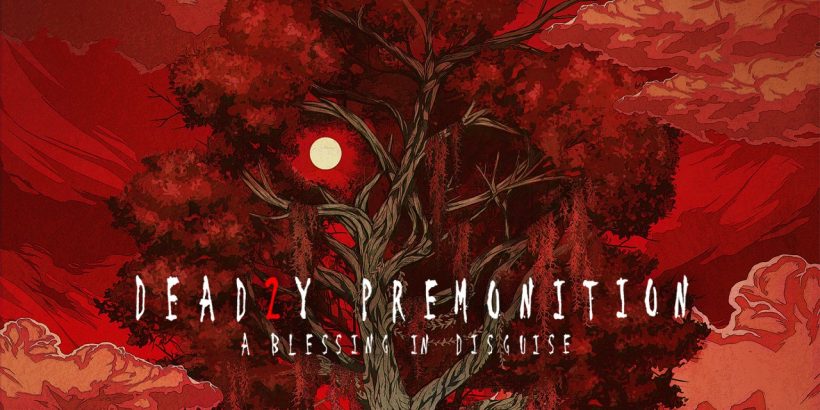 Crafting a sequel for a cult hit is risky business.

When filmmakers and video game developers return to a successful property, they’re often aware of the elements that made their work so popular. Deadly Premonition, for example, has been referenced and parodied so many times that the developers probably know precisely what fans would want in a sequel.

And therein lies the problem: can Deadly Premonition 2: A Blessing in Disguise deliver the same experience without recycling everything that made the original so enjoyable? The answer, thankfully, is yes. The sequel hits all the familiar beats without sacrificing its own bizarro identity in the process. But as much as I loved the game, the fun oftentimes got hung up on the technical shortcomings. Whether that’s an intentional part of the experience remains a mystery.

The game opens as two FBI agents descend on terminally ill FBI Special Agent Francis Morgan at his unkempt apartment, a place that contains stacks of obscure DVDs and a few mysterious ‘sanctuaries.’ The agents have a few questions for Morgan regarding his previous cases, but he’s a little reluctant to lend a helping hand.

However, after a bit of pushing and subtle manipulation, Morgan cracks like an egg, and the details surrounding a 2005 murder in the Deep South begin to spill out. Soon, we’re back with Morgan in his prime, a time when he’s spewing information about movies like ‘The Island’ while chatting up his disembodied companion, Zach. Apparently, it’s also an era when frame rates were stuck in the mid-teens.

Deadly Premonition 2: A Blessing in Disguise follows Morgan as he attempts to unravel a mysterious murder that he seemingly stumbles upon by accident. It doesn’t take long for things to get weird; for instance, after his car gets jacked, the agent discovers that the thieves left behind a skateboard, which he now uses as his primary mode of transportation. He also makes time for bowling and skipping stones, the latter of which occurs right after making a significant discovery in the case. Bonkers, that.

Joining Morgan is a young girl named Patricia, the goofy town sheriff’s headstrong daughter. Together, you’ll solve mysteries, punch chickarees (a kind of squirrel, apparently) that love to steal cigarettes and root beer, and harass an old woman with an alligator statue. Of course, you’ll also need to set aside time to discuss the importance of water pressure in hotel showers.

For the most part, Deadly Premonition 2 recaptures the inherent weirdness of the original cult classic. However, getting past the technical hiccups, severe frame rate drops, and overall jankiness can prove problematic. Like filmmakers who attempt to make their modern-day movies look like something fashioned in the 70s and 80s, SWERY and company seemingly wanted their sequel to resemble a low-budget adventure game from the mid-2000s. Mission accomplished, but you can’t help but wonder how much of this was truly a conscious design choice.

However, chances are none of that will matter to fans. Deadly Premonition 2: A Blessing in Disguise is, at its core, more Deadly Premonition, and it delivers exactly the type of experience that I’d hoped it would. Sure, it feels dated – often in the worst possible ways – and frequently looks like something slapped together during a 72-hour game jam, but all the charm and goofiness of the original are present and accounted for. If you can look beyond the jank, you’ll find a charming sequel worthy of praise.

Deadly Premonition 2: A Blessing in Disguise £39.99

Deadly Premonition 2: A Blessing in Disguise somehow manages to recapture all the magic of the beloved cult favourite. As long as you can handle jank, you should thoroughly enjoy your peculiar adventure through the Deep South.