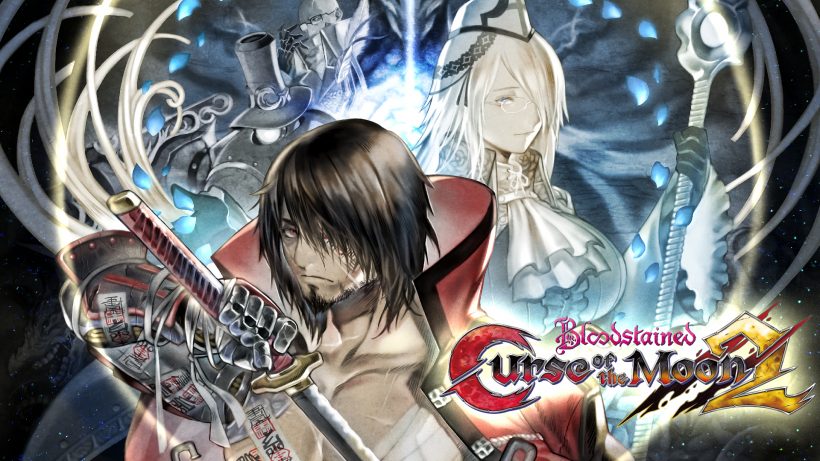 The first Bloodstained: Curse of the Moon was released before Ritual of the Night, and it delivered a considerable different (but recognizable) experience. Instead of paying homage to the intricated Metroidvania genre like its big counterpart, it took inspiration on the earlier 8-bit Castlevania titles. The result is a much more linear 2D sidescroller, but one that was well-adapted to our modern times, with many quality-of-life adjustments. Curse of the Moon 2 feels like a very stricken sequel to that – in more than a single way.

For starters, its narrative takes place just after the events of the first game. It must be said, though: just like before, Curse of the Moon 2’s campaign is more about the action than any specific narrative events. You can watch some short, well-humoured, vignettes with the characters between each level, but that’s it. Nostalgia-driven gameplay is what Curse of the Moon 2 is really all about. In this sense, it also picks up right where you were left with the original title, difficult spikes included.

Surely, this sequel also does a good job when it comes to modernizing the experience. You have two distinct modes, Veteran and Casual, where you can choose to play without damage knockbacks and unlimited lives. Plus, the challenge doesn’t really reach the same unfairness-level of the classic NES titles. Still, be prepared for an increase in difficulty when compared with the first Curse of the Moon – an increase that’s also related to the new character roster available.

One of the most interesting aspects of the original Curse of the Moon is how it allowed you to control up to four different characters (which you could change any time at will). Curse of the Moon 2 is no different. Now, in addition to Zangetsu, our original protagonist, you have three new distinct characters with entirely unique move sets. Dominique can use a spear to bounce on enemies, Robert can shoot from a distance, and Hachi can be invincible for short periods.

While your first run in Curse of the Moon 2 won’t take more than three hours, this is a game with huge replayability value. This time, you have a two-player mode available (even though the levels are clearly designed for the single-player experience). In addition to that, each time you finish the game, you will unlock additional chapters where things will be different: play using fewer characters, face stronger bosses, go through an entirely different level, among other things. Eventually, you can even unlock the characters from the original game. In this matter, Curse of the Moon 2 feels much bigger than the original. Unfortunately, this is a case where bigger isn’t better.

This can sound a bit harsh, considering the cool new elements Curse of the Moon 2 has to offer, but this sequel is disappointing for one sole aspect: it is pretty much more of the same. While Curse of the Moon felt like a fresh experience at the time, this sequel doesn’t really offer a real change over that same formula. What it does, instead, is provide more of that same cool nostalgic experience. If you’ve got everything from the first game, and crave for more, then this is a solid excuse to go back to the world of Bloodstained. If not, I’d say to start out with the first game.

Bloodstained: Curse of the Moon 2 is a sequel in the complete sense. It offers a familiar nostalgic-driven experience, but now with new playable characters and more challenging levels. It is more of the same, for the good and the bad.