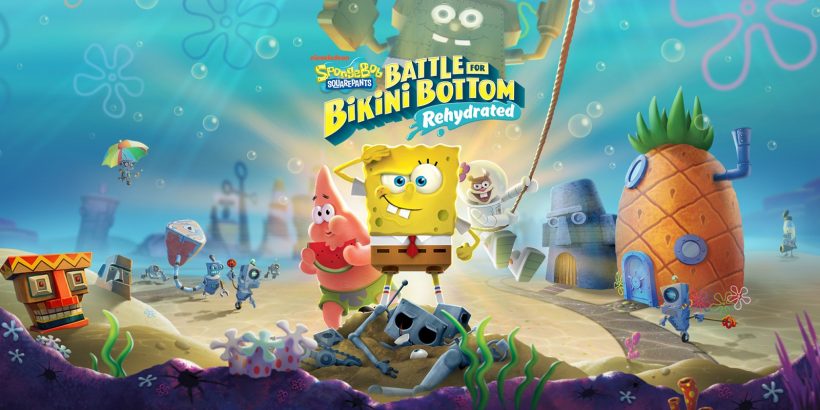 Nostalgia sells. It always has and it always will. The promise of recapturing those precious feelings from years gone by or an opportunity to experience something old in a fresh and engaging way often prove too difficult to pass by. Whilst there have been questionable game choices when producing a remake, the merits are often clear to see. Be it Links Awakening or Battle for Bikini Bottom, there are reasons for both to have a grand makeover.

BFBB originally released way back in 2003 on a whole host of consoles, including the GameCube. Critically, it wasn’t very well-received with a mixed bag of average scores alongside a smattering of high scores. That being said, it was a HUGE hit with fans and became somewhat of a cult classic during that era. Reasons for a remake are obvious, yet justifying its poor delivery isn’t.

Apparent from the moment you land in Bikini Bottom, BFBB looks a lot better than it did seventeen years ago. This is par for the course now and is much more an expectation than it is considered anything else, and that’s unfortunate. Because whilst BFBB looks superb, bringing new life to the fantastically well-designed levels from locales within the SpongeBob universe, it doesn’t play superbly.

Poor performance in a platforming game can have quite the impact on the overall experience. Frame-rate dips and texture drop-in are prevalent here, particularly when moving to new sections of the level or having died and returning to a previous checkpoint. It isn’t game breaking by any means, especially as these generally don’t occur during the more challenging platforming sections, but the recurrence of a black screen is. On a number of occasions, I had to fast travel back to the location I was already at by accessing the map as a black screen had appeared that meant I couldn’t see what I was doing.

Alongside the aforementioned performance concerns are issues reminiscent of the time in which the game was originally developed, and others which have become concerns for this remake. For one, the humour in BFBB is quite tongue-in-cheek and immature. Some of the jokes feel less appropriate now than they did back then. The platforming elements themselves aren’t quite as timeless either. For this remake, it feels as though the physics have been altered for the three playable characters (SpongeBob, Patrick and Sandy) and they don’t quite handle as they should. It can feel quite cumbersome to play and not quite as fluid as it used to be.

All of this is a massive shame as the core SpongeBob experience is all intact. The voice acting is top-notch, the characters brimming with personality and ability to switch between the three characters depending on the task at hand offers just the right amount of variety. The element of challenge is finely balanced too, ensuring the game is enjoyable without ever becoming too frustrating. It even has online and offline multiplayer, albeit in the tired and tested form of a Horde mode. Unfortunately, no online games could be found during my time with the game, but local multiplayer worked as it should.

Performance aside, BFBB is the same SpongeBob we know and love – for better and for worse. It is difficult to see this one achieving the same cult status the original did as times have changed, but for some, this will be exactly what they had hoped for.

Battle for Bikini Bottom felt as much a battle to play at times as it did to defeat those robots. It’s great to see a cult classic get a fresh lick of paint, but style over substance just isn’t enough.