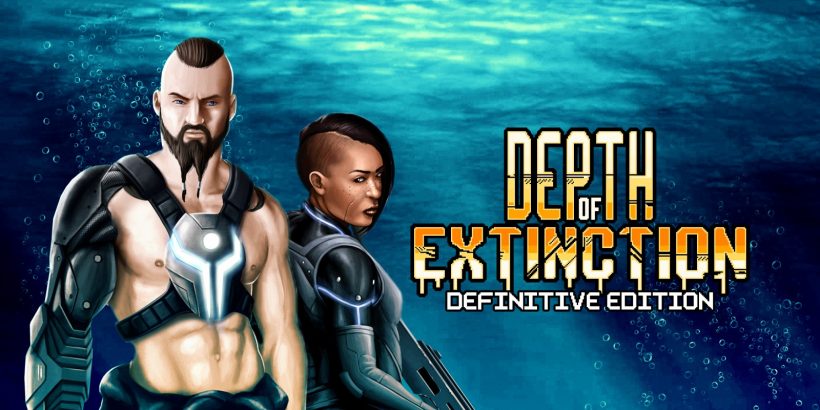 Tactical RPGs don’t like me very much, but I tend to love them with reckless abandon. If the RPG in question tosses in robust squad mechanics and punishing yet fair roguelike elements, you can bet I’ll be there for the long haul.

Depth of Extinction, a game that marries FTL-style gameplay with a soaking-wet setting that screams Waterworld (for better and worse), hooks you immediately with its atmosphere and gameplay. It’s enjoyable, frustrating, and wholly addicting, even when the difficulty spikes result in you watching helplessly as your squad of scrappy heroes bites the dust. I never felt cheated when I had to start my journey all over again, though I do wish the game spent a bit more time explaining the finer points of its mechanics before savagely slaughtering characters I’d quickly grown to love.

In terms of narrative, Depth of Extinction asks this question: What would happen if you tossed a gaggle of soldiers into a submarine and asked them to search for a MacGuffin tucked away in a flooded world? The short-ish answer, of course, is that you’ll transverse a map divided into random events and encounters, battle clusters of foes in crumbling locations, manage your stats and level up your characters, and try to stay alive long enough to push the story forward. The long answer will involve moments of pure frustration and soul-crushing terror, as the time you invested in a well-rounded character bleeds all over the metal floor of some random armoury in the middle of nowhere.

Like FTL and Darkest Dungeon before it, Depth of Extinction doesn’t have a problem murdering characters you thought were unstoppable; all it takes is one mistake or the wrath of the RNG Gods to destroy all your hard work. But that’s part of the experience – sometimes your hero dies and the underdog lives to tell the tale. Fortunately, you’ll have tons of armour, weapons, and loot to help you survive this adventure, but don’t think you can send your troops into a situation with guns blazing. Failure to strategize will make short work of your crew, especially during the earlier encounters.

If you’ve played a tactical RPG before, then you know the drill. Each character has a specific class that determines their strengths and weaknesses, and the combat unfolds in old-school turn-based fashion. Thankfully, Depth of Extinction doesn’t waste your time with complicated systems or tons of stats – you get precisely what you need to win battles and progress through the campaign. Those looking for a richer experience may long for something deeper or more complicated. However, if you don’t like stats and just want the thrill of squad-based combat, Depth of Extinction has you covered.

As mentioned, the game employs some roguelike elements. In other words, if your squad bites the dust, prepare to start from the beginning. Although I’d prepared myself beforehand, I felt rather devastated when over an hour’s worth of questing resulted in absolutely nothing to show for my time. Of course, that’s the nature of the beast – just make sure you know what’s in store and prepare yourself accordingly.

Depth of Extinction is a spunky little title. Powered by a compelling story and solid pixel art, the game delivers a well-rounded tactical RPG adventure that ticks all the boxes. Genre vets probably won’t find anything new here, but that’s perfectly fine. Depth of Extinction accomplishes precisely what it sets out to do.

Depth of Extinction is an enjoyable tactical RPG that incorporates some devastating roguelike elements. It doesn’t do anything revolutionary, but the unique setting and solid gameplay allow it to shine a bit brighter than some of its contemporaries.