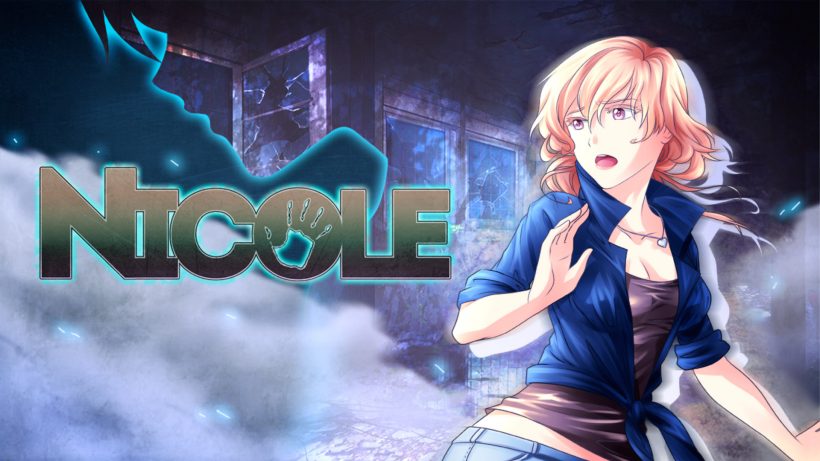 If you’ve ever dreamt of romancing a witty mad scientist, an amicable shy guy, a diligent man with a southern accent, or a zealous quarterback, then Nicole is your chance! A visual-novel, adventure, life-simulation role-playing game with a dash of spooky mystery to be solved, you will step into the shoes of the game’s namesake: Nicole.

Nicole Grave is a peppy college student starting her first year of law school. As you progress through the story you will make friends – or have run-ins – with the four different romance-able boys. You will be given some options on how to respond during conversations; how you respond can raise your relationship with your favourite guy.

Nicole also has a stat-raising mechanic. You can choose from a wide range of various activities that will raise one of your four stats: zeal, diligence, amity and wit. There is also a fifth stat, “Clues”, and you can (and should) do activities to raise that stat as well. You can play the game in one of two modes: visual novel mode will remove all of the stat-raising choices, and allow you to play through the romances, while stat-raising mode will allow you to see the true endings and the mystery part of the story. I tried the game in both modes, and while the stat-raising stuff can be annoying at times, the game is a lot less fun without the creepy, overarching mystery.

The stat-raising game mode is often frustrating due to the fact that it is RNG (random number generator) based. For example, you can choose to “socialize with people” to raise your Amity stat, and doing said activity can raise it from 1-4 points. If you have a bad run, and are only getting low numbers, there’s a good chance you won’t have the required amount of points to properly solve the mystery, or heck, even “properly” date your chosen beau.

There is a nice level of challenge presented in Nicole, and the mystery element to the story is also enjoyable, even if Nicole herself is a bit stupid in how she decides to handle certain situations. After all, there have been disappearances on campus and Nicole might be next! Heck, Nicole might be dating the perpetrator.

While I didn’t like how specific and RNG-based the challenge can be, this did result in several playthroughs – I HAD to know whodunnit! There is a lot of replayability in terms of seeing each normal and true ending; in a way, this random outcome mechanic encourages that. The option to play the game in visual-novel mode is a nice addition for those just wanting to experience the romance of the game.

The art is well done, and the background music is very good at setting the mood of each scene. The boys you can date are kind of a mixed bag. On the one hand, it’s kind of nice that they are all eccentric, but there are times when their behaviour is just not acceptable. Some of the character’s dialogue can be cringe-inducing at the best of times. There were several times when things some of the boys would do or say would have me going: “EWW, this is legitimately harassment! Run the other way!”

All in all, while RNG-induced difficulty can be frustrating, Nicole combines some genuinely chilling moments with some equally touching ones. If visual-novel-romance is something you dig, and you don’t mind rolling the dice on some narrative decisions along the way, consider purchasing this one.

While Nicole provides several hours of entertainment, you might need a guide and some positive RNG in order to get through it properly. The visual-novel mode option provides a nice alternative if the romance is all you’re really looking for.