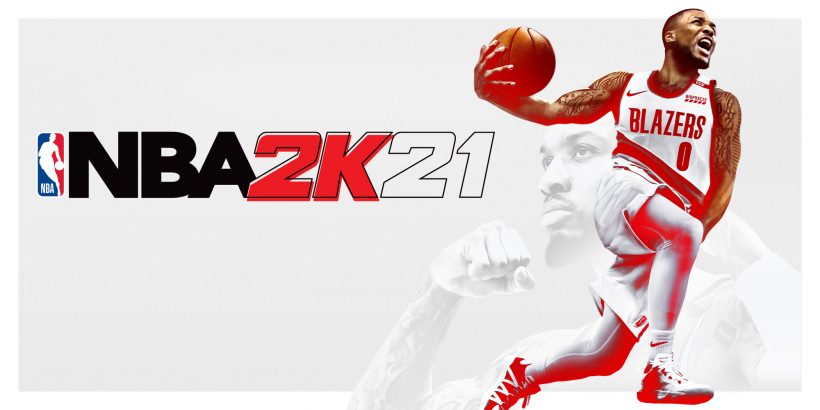 NBA 2K21 is the best sports game on the Nintendo Switch to date. Hands down. There isn’t another sport that is better represented and, if it wasn’t for the yearly support by 2K Games, this could well have been heralded the best we would see in the Switch’s lifetime. The visuals are as slick as ever, and the core gameplay mechanics are of the same high quality we’ve come to expect. However, just as 20 improved upon 19 and 19 improved upon what came before it, NBA 2K21 serves as the perfect reminder that Nintendo fans have been treated to a succession of basketball games that have gotten better and better year on year, and there’s still room for improvement even now.

Opportunities to develop the tried and tested formula that 2K have crafted have been missed in NBA 2K21 – it’s undeniable. That being said, what is on offer is a sleek and self-assured sporting sim that refines rather than reinvigorates, and it’s all the better for it. With the introduction of a new shooting system, a well-developed ‘MyTeam’ mode, a new ‘MyPlayer’ storyline and an overall feeling of applied polish, NBA 2K has been elevated once more. The improvements won’t be sufficient to entice the casual supporters to make the purchase this year over a cheaper previous entry, but the die-hard NBA fans will find enough to satiate their appetite.

For the uninitiated, a trip to the ‘Play Now’ section of the main menu is the first order of business. From here, you can participate in tutorials, 3 v 3 street ball, Women’s NBA matches and online or local multiplayer, amongst other modes. The options rival the best on the market, regardless of sport or console, and it’s excellent to see this continue. EA have set their stall out with the FIFA series, and FIFA 19 seems the last version worth purchasing on the Switch – the same definitely can’t be said for NBA 2K.

Acquainting – or reacquainting – yourself with the nuances of basketball can be done relatively quickly, and ultimately paves the way for the meatier modes of ‘MyCareer’, ‘MyTeam’, and ‘MyLeague’. The former introduces you to Junior: a young high school upstart who has aspirations to be a footballer. It isn’t long, however, before you’re bouncing around the court and your journey to stardom begins. Each year, NBA 2K has impressed with its stellar cast who bring a touch of class and authenticity to the accompanying storyline and this year is no different. There are, unfortunately, a few stutters and starts during these cutscenes which do disappoint, as does the infrequent but frustrating game crashes – especially when progress hasn’t saved.

‘MyTeam’ has a plethora of new game modes to accompany the very familiar ‘ultimate team’ affair. It can be a little overwhelming, and requires an immense investment of time – and, in some cases, money – however, it keeps the content fresh and engaging throughout, and will have players coming back for more until the next one comes out. ‘MyLeague’ aims to do the same, with all manner of options from MyGM to the WNBA Playoffs available. When the 2020-2021 season begins, there will be week-to-week live games available too, bringing the real-life and the in-game closer than ever. Again, it’s more for the keen followers of the NBA than it is for those who enjoy a casual sports sim, but the feature is welcome, nonetheless.

The Women’s NBA (WNBA) returns again this year and reiterates the fact that this is the most complete package to date. Though this may be true, there aren’t any wholesale changes to write home about, even with the new shooting mechanic and the minor adjustments to the dribbling. In short, it still remains the same core game that we’ve seen in the last few iterations. One can’t help but feel like this is reflected in the lack of players available in online multiplayer and is indicative of the wider problems associated with NBA 2K.

For one, the microtransactions prevalent in previous entries continue to follow NBA 2K around like a bad case of post-game BO. It doesn’t impact on the experience a great deal, but it’s certainly something that many gamers frown upon. The other glaring issue is that the last three NBA 2K titles have, at one point or another, gone on sale for the price of a coffee from Starbucks. The last sale was only as recent as May and there’s no doubt that this will have impacted the sales success of this entry. It is also becoming harder and harder to overlook the eye-watering download size with each passing game.

When all is said and done, NBA 2K21 is an absolutely fantastic game that has gone from strength to strength over the three years the Switch has been in production. Unfortunately, though, it’s that same commitment that sees it looked at from a different perspective, rightly or wrongly. A 45 GB install, an all-too-recent sale and unexpected performance issues mean it’s much more challenging to justify a purchase at the full retail price.

NBA 2K21 proves yet again that 2K Games take the Switch and its players seriously. It may not be the most ground-breaking, and it does have its faults, but for a sports sim on the Switch, there’s nothing better.