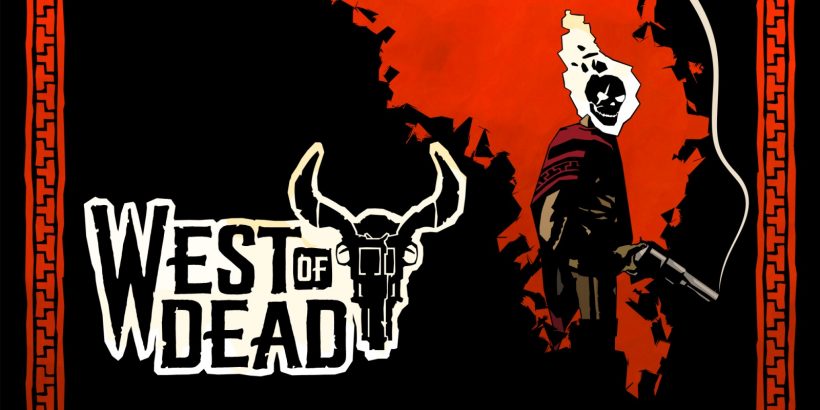 In a year where Rogue-likes have been fairly dominant, similar games will have to do something pretty different to stand out. Well a cel-shaded, western-inspired cover shooter is certainly a way to do it, and West Of Dead ends up feeling like you’re playing Dead Cells as Ghost Rider, which is almost just as fun as it sounds. But is this a straight shot to a great game? Or does this variation on the genre need to be put out to pasture…

In West Of Dead, you play as William, a cowboy (voiced incredibly by Ron Pearlman) with a flaming head who just happens to be stuck in Purgatory, Wyoming. But purgatory here is full of procedurally generated levels, dark twisted tunnels and a variety of vicious enemies with itchy trigger fingers. It controls like a twin-stick shooter, with the right analogue stick moving your firing reticle, but the game forces you to be much more methodical than you might think. Movement is slow and deliberate, hitting enemies can be surprisingly tricky and all guns have a significant reload time; you can also only reload when stationary. It all sounds stifling, but it’s just a rhythm you have to get used to.

The enemy placement also demands you use cover, though enemy gunfire and projectiles will destroy it quickly so you’ll have to jump between hiding spots regularly. It makes for a surprisingly thoughtful action game that demands you understand the rhythm of both your enemies and the weapons you’ll be using. Various enemies will be hiding in dark corners of every room, but you can ignite torches to both light the room and stun the enemies within range; this gives you a precious few seconds to assess your best hiding spot, figure out which enemies to hit in which order and hopefully plan your escape route.

While the levels are all procedurally generated, after a few runs you’ll understand the general layout and you’ll always find charms and weapons to assist you. Charms are equipable boosts to your stats and there’s a huge range of different guns with various effects and ranges for you to discover and find your favourite. While both charms and weapons are littered scarcely around the levels, you can also buy them in item shops with Iron, one of the things enemies drop.

In a manner very similar to Dead Cells, you’ll also pick up Sin from enemies as you progress, and if you make it to the end of each level you’ll have the opportunity to spend some Sin to gradually unlock upgrades like additional health flasks and new weapons to find in-game. It builds a sense of progression, along with the permanent upgrades that bosses can drop, and when you finally make it far enough to beat some of the games toughest enemies, you’ll be rewarded with new ways to travel between levels that make later runs a bit less tedious. So while each run is a fresh start, you gradually progress elsewhere.

Altogether West Of Dead is a thoughtful action game that rewards your intelligence as much as your reflexes to battle through it’s dark, punishing world. It might be too slow or difficult for some, but with a sharp, satisfying gameplay loop and the enthralling atmosphere and visuals, shooter fans looking for a challenge will be happy they made the trip west.

With a strong sense of style and smart, methodical gameplay, West Of Dead delivers a game that carefully balances brutal difficulty with a true blast of fun. While you’ll die often, you’ll always be excited to dive back in.