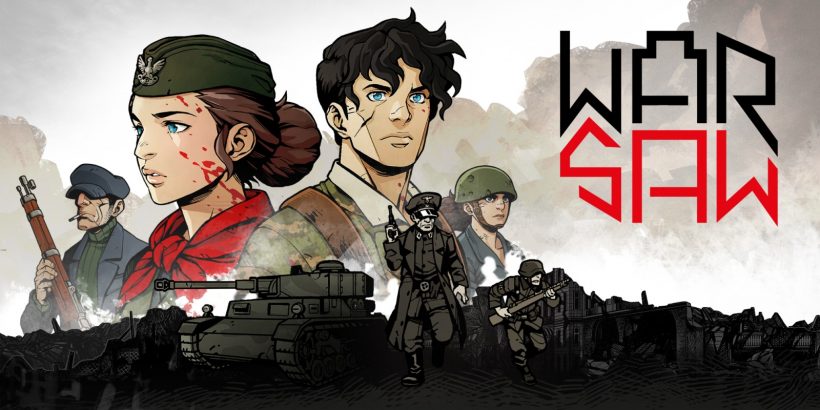 As settings for games go, World War II is as well-trodden as the beaches of Normandy themselves. There was a time when every new release in one genre in particular saw us returning to the role of repelling Nazi insurgency, and from Medal of Honor to Call of Duty and Battlefield, I thought I’d seen everything it had to offer.

From the animated introductory cutscene, which serves as a stark reminder of the helplessness felt in the bleakness of war, I knew this wasn’t just going to be another shameless jaunt to one of the darkest points of human history. Warsaw takes place during August of 1944, over a year before the end of the war. It features a historical narrative I knew little about: Operation Tempest and the Polish Home Army uprising against Nazi Germany.

You’re thrown into a story with the art style of a graphic novel, moving around the map from a top-down perspective, completing objectives and clearing out enemy encampments from the many districts of Warsaw. Traversing the map costs action points, and running out before completing your primary objectives results in the failure of the mission. This pressure to make considered movements adds a level of complexity and difficulty, especially when you come up against impassable barricades and have to backtrack to make further progress.

Whilst playing Warsaw, I was reminded of my time with Final Fantasy VII, navigating a level to reach my objective with every movement potentially triggering a turn-based random encounter. Of course, random encounters within Warsaw are not as frequent as Cloud’s outing in Midgar, and you’re provided with tools to make nasty surprises much less frequent. Camo allows you to sneak through enemy lines, whilst flares allow you to see the hidden units ahead of you. Just like the ammo that enables your fireteam to cause damage, both camo and flares can be scavenged from the battlefield or bought between missions at your hideout.

Turn-based skirmishes within Warsaw are much more complex than I’d expected. Each fight provides you with a set number of activations, based on the number of characters in your party. Using skills costs activation points, with the battle moving onto the next round once both sides have used their allotted amount. Similar to other games in this genre, such as XCOM 2, health does not replenish automatically after battles, and permadeath is an ever-present threat to your characters. Factor in combat fatigue which lowers your stamina and efficiency when you use skills and each fight becomes a balancing act between damage dealt and self-preservation.

Each skirmish is fought across two parallel lines, with certain abilities only being able to affect enemy combatants on certain latitudes or at a certain distance. Debuffs and skills such as ‘Draw Out’ add an uncontrollable dynamic to combat as your characters are pulled into positions that make them both vulnerable and less effective.

The level of accessibility afforded by the difficulty settings is pretty unexpected and allows you to tailor your game to how you want to play. You can set two separate difficulty levels: one for battles, which affects the health afforded to you and your opponents, and one for uprising, which affects war momentum, the frequency of encounters, and loot.

Where accessibility is massively let down within this title is the tiny user interface. The text is almost illegible in some cases, clearly not designed with the Switch’s portability in mind. It is so poor, that even when docked I struggled to make out important stats and information from a comfortable distance from my television. It’s really disappointing for a game which seems to take pride in its own level of presentation; from its art direction to the highbrow and atmospheric soundtrack, the cluttered UI and confusing jumble of metrics just seem at odds with the rest of the design ethos.

Found throughout the map, or between missions, Narrative Points allow you to make decisions in a pleasantly stripped back multiple-choice setting. Choices can impact everything from the wider war effort to the health and well-being of individual characters. Finding these and fleshing out the game world was a welcome distraction.

The hideout hub, which you return to between each mission, is where you do most of the top-level management of your units and your supplies. Characters who have fallen below certain levels will sustain injuries, requiring treatment and side-lining from action for several days. If you’re struggling to form a party thanks to your casualties, you can skip forward days from the mission select screen, but do this sparingly. Skipped days negatively impact district morale and uprising momentum.

Warsaw is a game that is beautifully crafted but at times too complex for its own good. As brilliant as the concept is, it may have benefitted from a more streamlined outing. That said, I found my time with it enjoyable. The atmospheric and honest representation of a real point in history is beautifully and respectfully re-enacted.

Warsaw provides a unique – and honestly bleak – perspective of a dark time in our collective history. Difficult enough to prove a worthy challenge, with an over-complexity that might have benefitted from a little self-restraint.