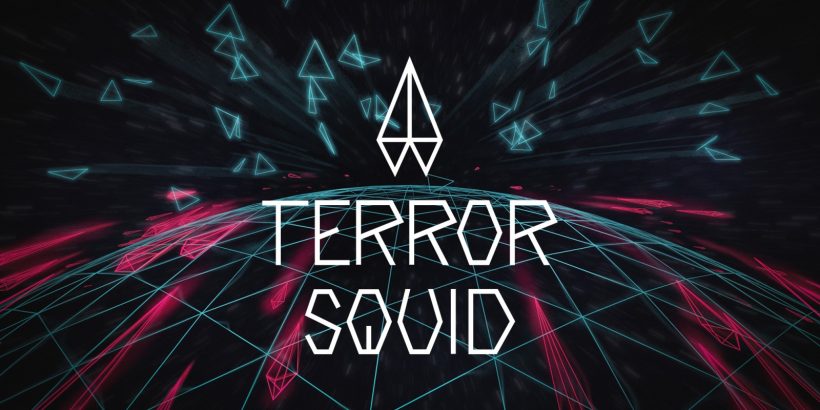 I’m particularly fond of ruthlessly challenging games, but specifically on the premise that they’re fair. Celeste, Super Meat Boy and Sekiro: Shadows Die Twice are all examples of titles that, as rage inducing as they can be, are wholly reliant on skill, and you can always guarantee your inevitable failure due to a momentary lapse in ability. Terror Squid, with all its old-school arcade sensibilities in tow, sits proudly amongst them at the pinnacle of my newly-named “challenging-yet-fair” sub-genre of the equally as newly-named “why was I ever introduced to this oh god I’m addicted” genre. It’s not to say it’s flawless in execution, however, but that’s more to do with the aforementioned “old-school” stylings that lay at its very core.

Terror Squid, as the name would not suggest, is an interesting take on a survival game, with beautiful bullet hell elements thoughtfully weaved in, resulting in a mismatched miracle wholly unlike any other. This beautiful amalgamation of genres grants bountiful gratification and destruction in equal measure, largely thanks to the never-ending stream of bullets that shoot out of your triangular rear to relentlessly travel around the spherical environment you find yourself trapped upon.

With only two skills at your disposal – dash and void blast – you’re tasked with surviving for as long as possible until bars fill up on either side of the screen and then, at any point thereafter, executing a void blast to cause a chain reaction of explosions between nearby bullets. Each consecutive void blast will put you into the next so-called “ritual” whereby the type of bullet fired from your vessel changes, and you rinse and repeat from thereon. The time you have to wait between said bar fills seems to be affected by any overtime spent in a particular ritual, although this seems to fluctuate somewhat.

As mentioned, the unique bullet patterns variate between rituals, ranging from the easy, straight-shooting foreplay found on the initial wave, to pulsing eel-like lines, arcing explosions, and so forth. Finding the right strategy per round, and then finding the way to combine any strategy for the stragglers left from prior rounds, is a delicate art; one that is, at times, frustrating and, at others, rewarding beyond measure. It’s a fine line between those two differentiators – it can come down to a stray bullet from four rituals ago to a misplaced dodge, but, thankfully, the time in which it takes to jump back into a new game is almost immediate – bar the obligatory endgame high score screen – foregoing any potential tedium from starting again.

I’ve managed to not-so-subtly allude to the arcade-like bearings Terror Squid leans heavily into on more than one occasion which, unfortunately, appear to be my biggest gripe. The lack of explanation throughout its mechanics left me in wonderment as to why such a simple factor would go amiss. There’s certainly a lot to respect to the arcade-like inspirations, mind you – clean and minimal visuals throughout keep you focused on the action at hand, and rarely does the concoction of bullets coming at you from all angles overwhelm – but with such a heavy reliance on the inspiration, it brings any baggage also. Titles that focus on short bursts of gameplay such as this are often shallow and, should you not be a high-score chaser, you’ll find yourself low on the gumption required to continue early on. Were enjoyment tangibly measured on character alone you’d find it difficult to put Terror Squid down but, alas, it does not.

Terror Squid has all the pros of a classic arcade game. Mechanically simple but surprisingly difficult gameplay, with a beautiful pick-up-and-play methodology baked in. Unfortunately however, it is a shallow experience if you are not interested in chasing high scores.