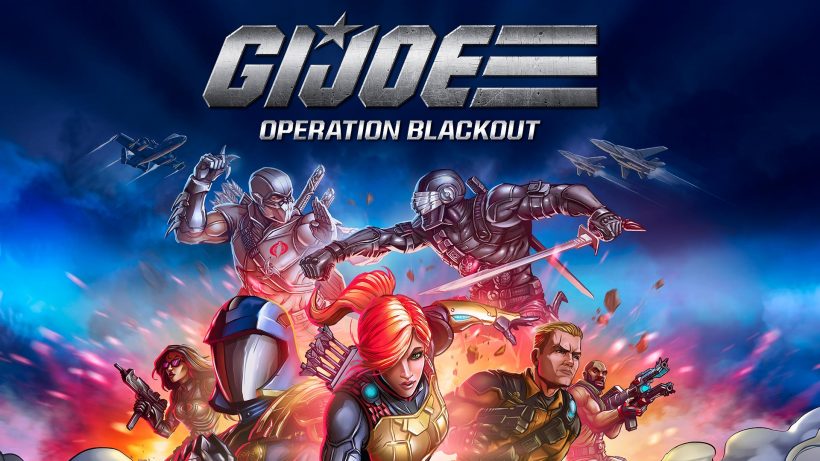 Battles between the Joes and Cobra Command might be legendary to US youngsters, but G.I. Joe as a brand is one kids on this side of the Atlantic weren’t too familiar with. Personally, I was always more obsessed with Action Man, Thunderbirds and Airfix models. I say this because, despite having hardly any attachment, it’s still clear that Operation Blackout intends to be a true love letter to everything G.I. Joe. Its aim is to provide players with blockbuster action in line with the original franchise’s campy tone, yet a shoestring budget doesn’t quite let it be realised.

One area in which it does succeed is its depiction of characters. Operation Blackout is primarily a third-person shooter (playable single-player or co-op) spanning 16 mission across the globe, with half playing out from the perspective of Joe units while the other half lets you play as members of Cobra Command. There are twelve playable heroes and villains featured overall, each with their own unique weapons and special skills. Sci-Fi, for example, is a tech expert who deploys a support turret to lay down suppressing fire, whereas Ninja classes like Storm Shadow and Snake Eyes focus on mobility. What all have in common, though, is their knack for uninspired cover shooting.

Regardless of the weapon you’re using, laying waste to faceless enemies with bullets just doesn’t feel satisfying most of the time. And this eventually becomes a problem when it makes up 90% of the experience and mission objectives run the generic gamut from “protect this” to “defend that”. There’s nothing inherently wrong with this formula, and the bespoke character skills do help offset a lot of combat repetition. What the game lacks, however, is the Triple-A spectacle that higher-budgeted cover shooters use to distract players from such tedium.

The most cinematic Operation Blackout ever gets is the odd mission where you’re in a vehicle, having to dodge obstacles while shooting down turrets and flying targets, yet these are few and far between. Boss fights are also an infrequent occurrence but so often boil down to just repeatedly whittling down their health bar with enemy fire. Fighting dastardly villains like Cobra Commander or the chameleonic Zartan should be a thrill, so it’s unfortunate that developer IguanaBee didn’t take full advantage of their abilities to make these encounters more distinct and memorable.

On the visual front, this is about as barebones as it gets. G.I. Joe: Operation Blackout doesn’t necessarily look bad, but certain levels do have a habit of blending in with one another thanks to some bland scenery. Most are incredibly open to facilitate gun battles between you, your AI or real-life partner, and the legions of enemies, though this does become an issue as I found myself constantly seeking cover to regenerate my shield. The action in Operation Blackout is at its best when you’re first introduced to a new environment like snow, desert or forest, and you can pick out targets of interest. As it stands, the game is a bit too obsessed with military bases.

G.I. Joe: Operation Blackout is by no means a bad third-person shooter; it can actually be a really fun one when played with a friend in local split-screen multiplayer. However, it’ll do nothing to win over British audiences unfamiliar with the IP and continues G.I. Joe’s ropey history with cheap video game tie-ins. Long-time enthusiasts should appreciate the attention to detail given to the universe, but it fails to make any gameplay aspect truly its own.

G.I. Joe: Operation Blackout aims to rekindle the campy military antics of the celebrated American toyline. The result is a shooter that’s serviceable, yet wholly unsurprising in its execution. You can go at it alone, but it’s more fun gunning enemies with a friend.