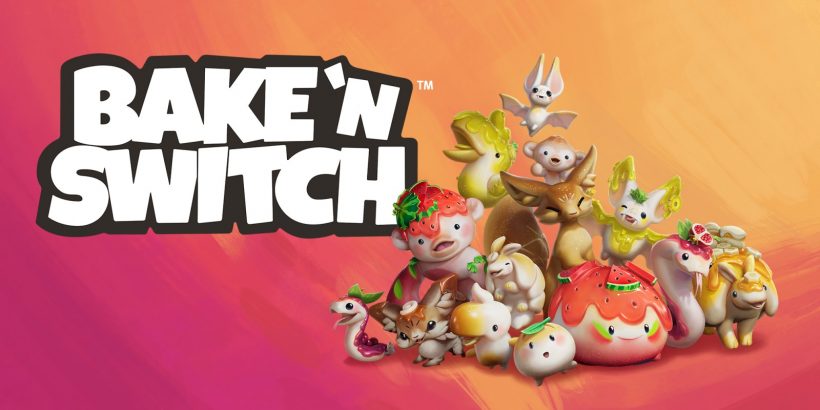 The Nintendo Switch has an array of party games to choose from with Team17’s Overcooked, The Jackbox Party Pack from Jackbox Games, and even Nintendo’s own Super Mario Party among the top games in the genre. Enter Bake ‘n’ Switch, the latest party game from Streamline Games. How does this one fare against the others?

Bake ‘n’ Switch takes place on the world of Fla, the fabled lands of living dough, which the legendary Master Bakers have long left. Centuries ago the evil Mould was defeated and Fla was a glorious place to live, but not anymore. The Mould is back, and with no Master Bakers to defeat them somebody must step up. That’s where a crew of Apprentice Bakers come in — they must try to save the people (or dough?) of Fla once and for all. However, the only way to stop the spread of the Mould is to sacrifice those cute little dough people. It can’t all be good news.

The gameplay itself is very simple. Throughout each level there will be a number of little dough-like creatures. You can pick these ‘doughlings’ up and throw them into one another to make them bigger. You then throw them into a furnace and that’s how you score points. Of course, the Mould isn’t going to let you do it that easily. When Mould appears in the level, it will infect the ‘doughlings’ resulting in fewer points. It can get a little repetitive but that doesn’t mean it isn’t fun.

You are able to choose from a selection of six Bakers; Ginger, Parsley, Rosemary, Sage, Salt and Thyme. All aptly named, as you can see. Each of these characters has a unique style and gameplay abilities that will help throughout your journey. It’s about experimenting with the characters to see what works for you and what doesn’t.

There are also seven types of Dough to compliment your Apprentice Bakers, all with their own purposes and movements.  The Lil’Bun, DoughDough, Doughrilla, Armadough, Bunboa, Fluff Fox and finally, Batlava are all available for baking. They serve different purposes throughout the game: Armadough can smash through objects whilst DoughDoughs jump right into the furnace instead of having to be thrown in. Learning how to use each one will help you gain the most points.

All 100 levels in Bake ‘n’ Switch can be played solo or as a team in co-op, online or local with friends. There are two worlds in which to explore — Tropic Toaster and Serradurra — and the change of scenario is very welcome. You can also play PVP levels or Team versus Team levels which provide a little more longevity in the game. Playing Solo can definitely be a little more boring. Playing online is fun but playing with a group of friends in the same room is the way to go.

The only downside regarding the multiplayer in Bake ‘n’ Switch is that there doesn’t seem to be any way of matchmaking if you’re playing online. You have to invite people on your Friend List meaning if you don’t know anybody with this game, you have no way of playing unless you have people visiting or you play solo.

Bake ‘n’ Switch is a fun game that is slightly flawed by its repetitiveness and online issues. As amusing as it is though, I fail to see why I would purchase this over the likes of Overcooked and Overcooked 2, which have cheaper price points.