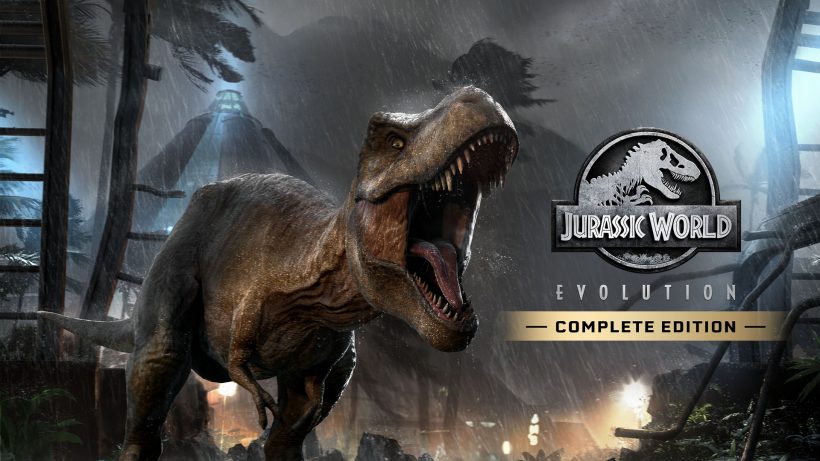 My love of simulation games began with Zoo Tycoon Complete Collection, in which I’m ashamed to say my favourite gimmick was feeding unhappy guests to the dinosaurs. (Forgive me, I was young.) For Jurassic World Evolution: Complete Edition, I decided to be a good little park manager and play by the rules. This Switch edition of the 2018 title includes three expansions, and while there were clearly sacrifices to make this experience work on this console, it pays off in the end.

The Sandbox mode might be tempting right out of the gate, but we can’t partake until we do the campaign. Voiced dialogues walk new players through park management basics: send teams on expeditions to gather fossils, extract DNA for new dinosaurs, apply genes to those dinosaurs, and hatch them in enclosures for the public’s viewing pleasure. By its nature, this operation requires a balance of Science, Security, and Entertainment. These are the three “factions” you’ll be dealing with throughout the campaign. Making money from guests and expedition finds can only go so far: you’ll need to complete contracts for these three competing departments in order to keep your dino-park afloat, and this is no easy job when they have big, expensive asks.

Each spare moment is spent doing tasks small and large, like choosing research projects, building new infrastructure, and customising your hatchlings. Micromanagers will be right at home here, tweaking dinosaurs down to their digestion and colour, changing the prices of merchandise, and planning scenic areas for guests to enjoy. Incompatible species also need to be separated in different enclosures, and with dangerous, gargantuan beasts around, it’s important to have armed security and shelters at hand in the event of… another mishap. Not on your watch!

All the while, you’re zipping around seamlessly with the joysticks and zooming with your triggers, but menus do feel sticky and can take time loading. At one point, the menu got stuck loading, and I couldn’t quit, so I had to restart the game. This was my only major performance issue. However, even as you get up close to simply enjoy the majesty of your dinosaurs, it becomes clear that the graphics have been visibly sacrificed. At first I chalked it up to my vision being fuzzy, but no – things do, indeed, feel a bit blurry and saturated, especially when directly compared to the crisp original version. Still, it’s bearable and above-average compared to competitors.

The dialogue, even after tutorials, is fully voiced and written on-screen, which is especially a delight when Jeff Goldblum dishes out his usual cynical jabs and pearls of wisdom. Indeed, this game plays directly into the Jurassic Park film universe. For example, the “Secrets of Dr. Wu” expansion provides intrigue particularly surrounding that character from the 2015 film, Jurassic World. Fans of the franchise will get a major kick out of this game from the very first cinematic zoom into the islands known as the “Five Deaths,” with the orchestral soundtrack kicking into full swing. Even if you’re indifferent about the franchise, the whole experience does make you feel as if you’re the main character in a film.

When it comes to total playtime, the campaigns alone offer plenty of hours – but there is also a Challenge mode to put your management skills to the test by making you create a Five Star island in a short amount of time, and on a short budget. Completing each of the twelve maps yields new skins for your sweet, scaly friends, so it pays off for completionists and those who like to feel the burn instead of coasting through playthroughs.

After that, we mustn’t forget the Sandbox mode I mentioned earlier. Once it’s unlocked, this alone is evergreen: any time you feel like firing your Switch up to design a custom park, you can – and this time it’s a clean slate for you to romp around in. There are twelve locations to unlock, two of which take place in the infamous year 1993. (The same goes for Challenge mode.) Unfortunately there is no cross-save functionality here for folks who’ve already put dozens of hours into their own parks on another console. Thankfully, there is a visual and comprehensive Help menu – something I appreciate in a game that I’m likely to put down for a few months at a time before binging it in bursts.

Yes, the visuals took a big blow in Jurassic World Evolution: Complete Edition, and I would say that the £49.99 price tag is a bit much – if not for the three included expansions. The lore provided pushes it over the edge, turning it from a decent 3D management simulator into a movie-like adventure, as the story is integrated into the gameplay. If you’re a Jurassic Park fan in general, enjoyed the original version of this game, or perhaps are nostalgic about 2003’s Jurassic Park: Operation Genesis – all the better. However, even newcomers will get sucked in if they appreciate the hallmarks of the simulation genre – and being a mommy to dozens of dinosaurs.