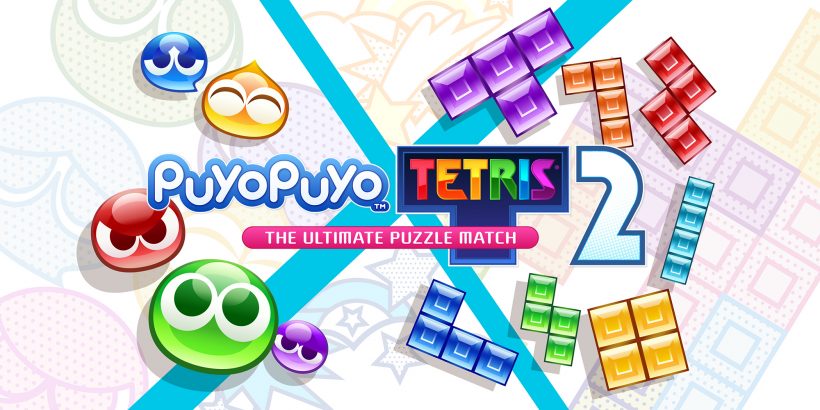 Long before the youth of today ever coined the term ‘git gud’, there were video game franchises that required a dexterity and skill that ensured players had to do just that. In 1989, Nintendo fans were introduced to the world of Tetris with the release of the first-ever console version on the NES. It’s a bonafide classic that’s focused on fast-paced action and quick-thinking and has seen iteration aplenty.

Although not quite on the same scale, the Puyo Puyo series has been testing players mettle ever since its first introduction in 1991. Sharing some similarities, yet retaining their own signature style, the two have combined once more in a direct sequel to that of Puyo Puyo Tetris. Having first released to favourable acclaim across a multitude of consoles in 2014, the Sega team have seen fit to produce another portable puzzler – aptly named, Puyo Puyo Tetris 2.

For the uninitiated, the core gameplay loop of Puyo is much like that of Tetris. Small, round, slime-like creatures fall from the top of the screen and need to be safely navigated to the bottom, taking into consideration the colour combination and the position the player would like them to be in when they land. Matching four or more of the same colours will result in the slime disappearing, points being awarded, and, in the case of more than one chain of Puyo’s being popped, Nuisance Puyo being sent to the opposing team to make things more difficult for them.

The mechanics in Tetris aren’t too dissimilar, with blocks falling down the screen and the player required to place them in ways that will fill a row. If successful, the row disappears, and all the tiles drop down. Completing multiple rows at once results in the opposing player having additional challenges sent their way, including clear tiles that obstruct the player. In both games, the objective is to ensure that your screen isn’t filled to the top first.

When placed side by side, the Puyo/Tetris combination is an exceptional advertisement for the simplicity of successful puzzle games in the modern day. It’s rare that a game can remain largely the same for almost 30 years, yet both of these are a testament to the age-old adage that ‘if it ain’t broke, don’t fix it.’ Played as a standalone game, these are as addictive and engaging as they’ve ever been.

With that being said, there has to be good reason to purchase this new puzzle package. Tetris, and to a lesser extent, Puyo, can be played elsewhere with the same mechanics that make them so enjoyable, and at a fraction of the cost. Thankfully, there’s a whole host of game modes included which provide ample opportunity to get your money’s worth. It’s all dependent on what value you place on them.

The staple mode of Puyo Puyo Tetris 2 is the Adventure mode. An interwoven narrative is told by an eclectic cast of characters as you traverse worlds, battling opponents. The rather bizarre story is shared much like a visual novel, with on-screen text and accompanying character animations as they discuss the events that are unfolding. Every effort has been made to make it engaging, including voice acting and over-the-top reactions, yet there’s little here that will resonate with the masses.

As the main single-player offering, it does provide ample opportunity to hone your skills, and even includes an adaptive difficulty mode. For this writer, it’s difficult to determine how successful this is as there are some battles that are extremely challenging and others that are over quickly. This was further highlighted by the challenges set for you to obtain one, two or three stars, with some much more achievable than others. This could also be due, in part, to the slight imbalance felt when competing against an opposing puzzle practice.

For all its glitz and glamour, the Adventure Mode serves to highlight that most players will purchase this game for the simplicity of the puzzle-based action. Skill Battles highlight this too. Although it’s commendable that the development team have tried something new, the inclusion of character-based skills, item cards and other RPG elements feel at odds with the experience as a whole; Complicating simplicity is tricky to balance.

Where players will likely spend most of their time is in the local and online multiplayer modes, of which there are many. Between the standard Versus mode and the aforementioned Skill Battles, you have Swap, Party, Fusion and Big Bang thrown into the mix too. They all provide rather innovative ways to improve on the design and will make for excellent party pieces when the time comes.

Online multiplayer holds up extremely well too, with a wealth of options to customise the experience for you and your friends, or with those you find in online lobbies. Almost all games with others proved easy to access and smooth to play, making for an enjoyable online offering. It was occasionally difficult to come across an opponent, and a game so heavily reliant on peer-to-peer play can’t afford to not have a strong player base.

Puyo Puyo Tetris 2 is the coming together of two worlds that complement each other very well. Whilst some modes are superfluous, and others reliant on a second player, the perfect combination results in something fairly special.