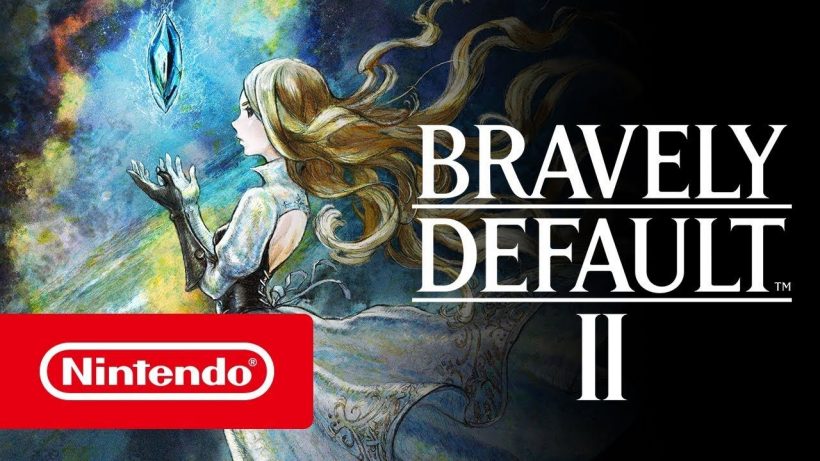 Bravely Default II (actually the third game in the series) is almost upon us! Fans of the franchise — and, possibly, new players too — will be counting down the days til they can get their hands on the latest JRPG from Square Enix, the geniuses behind one of the Switch’s top role-players, Octopath Traveler. For those wondering, Bravely Default II isn’t directly connected to its Nintendo 3DS predecessors: Bravely Default or the confusingly named Bravely Second. It features a completely new story and setting, but fans will recognise some of the gameplay elements and enemies.

The Nintendo Switch recently surpassed the lifetime sales of the Nintendo 3DS by selling almost 80 million units. Given that the original Bravely Default sold roughly 1 million copies, the fact that Bravely Default II is a reboot of the series, if you like, means a lot of new players will have a chance to experience it, without fear of not knowing the story.

Last March players were given the chance to get their hands on Bravely Default II in the form of a demo, featuring 10 hours of fabulous gameplay, allowing players to become acquainted with the cast of characters in the game: Gloria, Elvis, Adelle, and the main protagonist, Seth (who you can rename if you choose). This demo also introduces you to the continent of Excillant, the world in which you will be exploring. You’re given a brief look into the story you are soon to be following — a journey to find lost crystals. You will also gain some rewards when the full game releases, just for playing the demo, so be sure to get it downloaded!

Having played this preview for about a week, it’s fair to say that Bravely Default II takes the best parts of the original and mixes them with new and exciting features. Returning players will be glad to see that the ‘Brave’ and ‘Default’ systems that they loved in Bravely Default are still present here.

For those that don’t know, Bravely Default features a unique fighting mechanic where, as well as the normal ‘attack’, ‘special attacks’ and items that you can use, you can also select ‘Brave’ or ‘Default’. The game features turn-based combat which uses Brave Points (BP) in order to carry out an action. BP will recharge over time but to speed things up you can select ‘Default’ which will instantly gain a BP and put you into a defensive stance. You can have a maximum of three BP stacked at one time. Alternatively, you can select the ‘Brave’ option which spends BP on an action. The more times you use ‘Brave’, the more BP you will use, and the more actions you will have in that turn. It sounds more complicated than it is but it certainly requires some careful thought to use.

Another feature of the previous games that returns in Bravely Default II is the extensive job system. On the quest throughout Excillant, players will collect Asterisks which are magical artefacts that grant access to new jobs. Each character can have their own main job and sub job, which can be chosen and switched at the player’s will. These jobs will determine what moves your characters will possess and unlock as they level up. If you played the demo you would’ve already seen the roles of Freelancer, Black Mage, White Mage and Monk.

The first thing I noticed upon starting Bravely Default II was just how beautiful it looks. It features a watercolour 3D art style with diorama-esque kingdoms that you can pan in and out of. Areas that might look inaccessible, just part of the background, absolutely are accessible; doors that you don’t think you can enter, you can. I often found myself panning out of a kingdom just to look at it, which gave it a storybook feel.

At this preview stage, Bravely Default II seems to be making a lasting impression on me and I haven’t been able to put the game down. I only hope that this continues as I progress through the game but we will know more upon release. A game with memorable characters and equally memorable settings, this looks set to be a lengthy experience, but one that will capture many JRPG fans’ hearts.

With six years since Bravely Second was released, and Bravely Default II being announced over a year ago, it’s fair to say there has been a lot of anticipation surrounding it. It’s only a short wait to find out if the game can live up to expectations set over the last half a decade.

Bravely Default II releases later on this month and we will have the full review here at Switch Player very soon — keep your eyes peeled for that! In the meantime, if you’re itching for something to tide you over until the release, I suggest you download the Bravely Default II demo from the eShop.