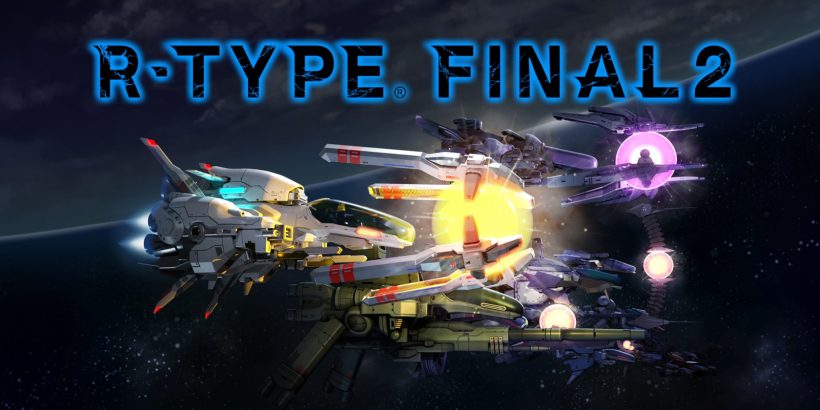 R-Type Final 2 makes a strong case for being the most overproduced shoot-em-up I’ve ever played. This is a genre usually lauded for its ability to do a lot with very little, asking players to repeatedly shoot down waves of alien spacecraft while trying to creatively dodge enemy fire. Such a simple setup has historically been done well using only bits, pixels and voxels, but this latest instalment into the iconic R-Type series says no to that. Instead it quite literally turns things up to 11 and goes big on visual spectacle, almost like it’s making up for lost time. The question is: does the gameplay match these improved visuals, or is it just business as usual under the hood?

It’ll please long-time fans to know that, despite the significant step up in graphics, this is very much the same horizontal-scrolling shooter we’ve come to appreciate. The Bydo hordes are fiercer than ever, and only by blasting them using your catalogue of fully customisable ships can you hope to destroy them and get the highest score. R-Type Final 2 does, however, immediately seek to impress by prefacing the first mission with a short sequence that takes place entirely in first-person view. Shortly after selecting your preferred class of ship, it’s then a thumbs up to your fellow engineer before heading out to wreak colourful havoc.

Much like 2004’s original R-Type Final, this direct sequel gives you an exciting roster of ships to choose from, each with their own unique abilities and cannons. But it takes things a step further. No longer are you locked into a range of predetermined builds, as you can now create your own via the hanger, viewing them up-close later in the R Museum. Beating missions successfully grants you currency that lets you unlock different vessel components which, if pieced together correctly, can unlock further combat opportunities during the heat of battle.

This is something you’ll want to get used to quickly, because trying to complete the game with one of the three basic starter ships is an almost impossible feat. You see, R-Type Final 2 isn’t just old-school in terms of its presentation but also its difficulty, with just a single hit enough to blast your ship into smithereens. As you can imagine, this makes trying to rack up a good score and unlocking better equipment quite frustrating early on. Press on ahead, though, and you’ll be sailing through stages with a craft tailored specifically to your play style.

Speaking of getting stronger, R-Type’s library of power-ups is out in full force here, with special mention going to the series’ trademark ‘force’ ball. This little doohickie works as an attachable ball that you can use in a range of ways, including sticking it at the back for defence purposes, or installing it at the front for some much-needed extra firepower. Most of my time playing, I used it just as a free-roaming device that would float around me, except in boss scenarios where I would just constantly flick it ahead to unleash extra damage. I wish I could say that all of Final 2’s weapons were as flexible as this, but then there’s only so many forms of attack you can manage at once before it gets cumbersome.

Unfortunately it’s when you’ve accrued a lot of power-ups and they’re all shooting out their own specific visual effects at once, that the Nintendo Switch R-Type Final 2 can struggle technically. I never noticed game-breaking frame rate drops or anything else that would affect my current run, luckily, but the trade-off for maintaining this steadiness is that textures can appear muddied, and the screen gets blurrier. There’s simply a lot of visual demand asked of the Switch when shooting sequences reach their bombastic height yet, if I’m honest, it could have been a lot worse. For the most part R-Type Final 2 is a treat for the eyes – especially compared to some other shmups.

Playing the whole game through won’t take you long once you’ve gotten accustomed to each stage’s obstacles, layout and enemy patterns. However, repeating familiar sections using different spacecraft types is all part of the fun when you can feel yourself getting better, and it’s heavily encouraged by way of a separate dedicated mode called Score Attack. This unlocks for each stage, once you’ve completed it, and is the perfect means to test your mettle within familiar territory. And if you aren’t finding it much of a challenge, you can always bounce around between R-Type Final 2’s five difficulty settings.

R-Type Final 2 is a decent continuation of what it means to be a horizontal shooter in 2021, leaning into the elements that always made this classic arcade series great, while throwing in a few extra trimmings. The core of R-Type may not have changed much, but there’s still plenty here for both newcomers and veterans to enjoy. It’s a shame that the odd fuzzy interior somewhat undermines the modern visuals, as it prevents the Switch from being the definitive version. However, this is still the showiest shmup you’ll play this year.

R-Type Final 2 is a bombastic if relatively safe continuation of the horizontal side-scrolling shoot-em-up. It has visual flair in spades and packs in plenty of customisation options, both of which make blasting away endless enemy waves fun.