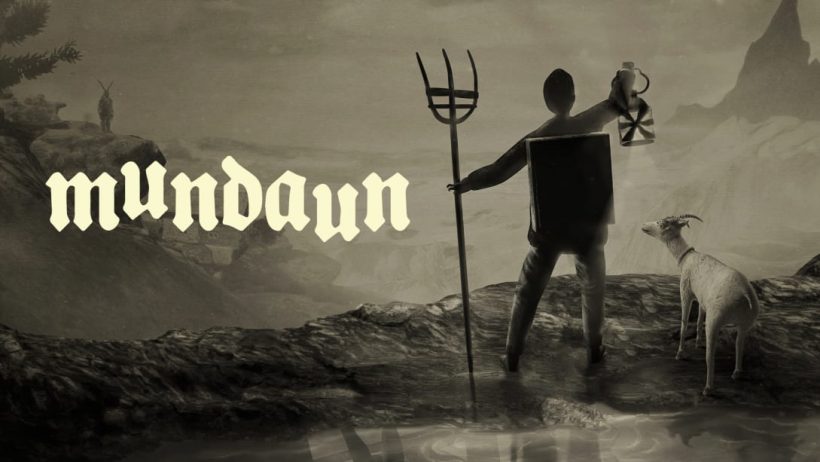 Jeff Bezos, the founder and CEO of Amazon, once said that if you’re going to innovate, you have to be willing to be misunderstood. Among the plethora of famous quotes about innovation, this one stands out as the best candidate to describe this latest indie survival horror title by Swiss developers, Hidden Fields.

Mundaun, a game based on a real-world location of the same name, is a five-hour experience that, for better or worse, wears its innovations on its sleeve. Hand drawn sketches adorn every aspect of the world that has been crafted, with scanned drawings applied to the 3D environment to give the impression that the world has been sketched. It’s murky, dark, and occasionally jarring.

It’s also the game’s unique selling point. See, Mundaun is, for the most part, a tried and tested open-world environment where items need to be collected, puzzles need to be solved, and enemies need to be overcome. There are ample opportunities to traverse the mountain of Mundaun on foot, in cars, or even on a sled, but really, we have seen it all before.

Where Mundaun comes into its own is in those visuals. From the opening scenes aboard the bus headed to the mountainside, there’s a unique atmosphere that stems from the hand-sketched art style. In isolation, it’s a real sight to behold. Slowly interacting with the cutscene offers a chance to appreciate it in all its glory, and it is here that an attachment to Mundaun will either be forged or foregone.

For all its beauty as a passive viewing experience, Mundaun takes some getting used to once gameplay begins. Buildings appear dark and disproportionate, landscapes can be challenging to traverse, and identifying interactive objects throughout can prove difficult at times. All this before we discuss the rather obtuse and oftentimes bizarre problem-solving sequences. In short, there’s a lot that makes Mundaun a fairly inaccessible gaming experience.

With that being said, Mundaun is very much a game that is greater than the sum of its parts. The visuals, if not gripping from the off, grow exponentially as your eyes and mind adjust. Puzzle elements encourage critical thinking and prompt you to venture outside the box. Even the storytelling, which misses a beat or two throughout, engages and enthrals if your attitude to it is right.

The aforementioned storytelling is drip-fed through a variety of media, allowing the player to piece together the events atop the mountain whilst also filling in the blanks. It’s done well, with your imagination allowed to run riot with all the lore on offer — it encourages you to speculate at every turn. It won’t be for everyone, with some odd character interactions and story beats ensuring you won’t know what’s going on for large periods. However, dialogue choice provides the opportunity to affect the story, and multiple endings are available for those who wish for repeat playthroughs.

Where Mundaun begins to show its limitations is in both its problem solving and combat elements. The former requires a fair bit of thinking that is as unnatural as the storytelling itself. Even puzzles that utilise common objects involve interaction in uncommon ways. It could be argued that this is persistent in most problem-solving games, but there were occasions where it felt unnecessarily difficult.

Combat is simplistic, whether you’re using a pitchfork or a gun. Thankfully, enemies are relatively simplistic too — albeit with the occasional twist. There’s enough variety to keep players invested during the playthrough and there’s a couple of excellent mechanics which influence it further. Fear is one such example, with the right ingredients allowing you to increase your resistance to fear. Doing so ensures that you don’t slow down when enemies are close by — a consequence of fear taking hold.

With a rough playing time of five hours, Mundaun is a well-paced horror game that rarely outstays its welcome. The only caveat to this is the lack of handholding that’s prevalent as it can mean meandering around the map unsure of where to go next. There’s also occasions where you’re required to backtrack although, thankfully, not enough to cause frustration. It’s the atmosphere that will keep people playing, and that’s as much to do with the tactful sound design as it is the art style. I was impressed by the minimalistic use of music that accompanies the scares — psychological and jump-based – and, collectively, it makes for quite the combo.

All in all, Mundaun is a game I have a great appreciation for, even if it wasn’t everything I’d hoped it would be. We need games like this to keep the industry moving forward and pushing new boundaries. The visuals, whilst innovative and interesting, hindered my experience somewhat which was a shame, and there were times I found myself aimlessly wandering around as I tried to identify what to do next. With that being said, if you take your time and temper your expectations, there’s a game that many will enjoy.

Mundaun didn’t quite grip me the way I would have liked, however it’s clear to see why it has for so many. There’s an appreciation that stems from bold new efforts, and I recommend seeing if it’s for you.