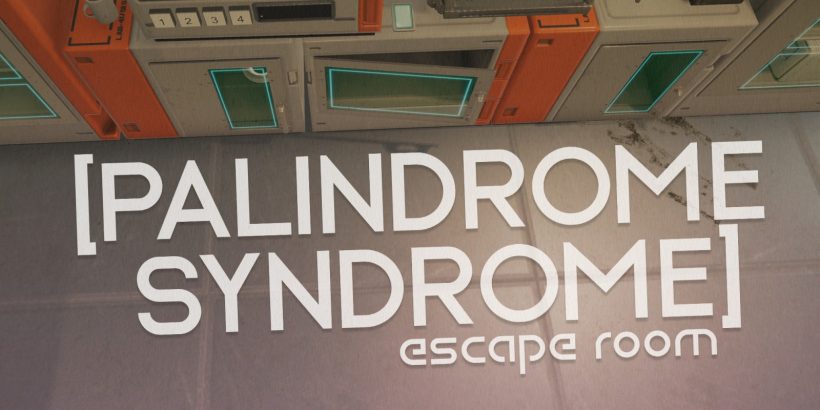 Escape room games have become quite the frequent sight on the Switch eShop of late, with a number of companies turning their hand to the video game equivalent of a fairly modern real-life escapism trend. Chances are by this stage that you have at least some familiarity with the concept of an escape room – you solve a sequence of puzzles in order to get you and your team out of a room, and then you’re on to another room with its own set of challenges. It’s a less dangerous version of a classic Houdini escapism act, if you will.

Palindrome Syndrome: Escape Room isn’t even the latest entry in the genre in the Switch eShop library. It is typical of what we’ve come to expect from escape games. Playing as a character who has awoken on board a spaceship with absolutely no recollection of how they got there, it’s up to you to put the pieces of the puzzle together in order to figure out those mysterious events. Palindrome Syndrome does well for atmosphere, as figuring out puzzles will slowly fill out the story, with an unidentified (and slightly comical-sounding) voice speaking to the player over the tannoy at points to help fill in the gaps. The addition of an equally mysterious third unseen character, Margaret, sees things in the story take on a more sinister tone.

Things look good, too. The realistic 3D visuals are well done and engrossing, and lighting is also a plus, with a lot of 3D games on Switch having been overly dark in the past. But the aspect you care most about with a game such as this is the standard of the puzzles, and on that front, it’s good news. Palindrome Syndrome’s puzzles are varied and challenging, and not challenging to a stupid degree, which is the key bonus. There was only one puzzle in my entire run-through of the game where I was left stumped, and though (for the purposes of the review only, of course) I did have to research it online, the solution was one which I really should have figured out myself anyway. The same puzzle is never repeated twice, though there are a set of three similar ones, but fortunately these three are just about different enough from each other to not feel cheap.

What must be noted though is that Palindrome Syndrome suffers from an issue which a lot of the games of this genre find difficulty with, that being the slowness of movement. Physically moving from one puzzle to the next hardly seems close to being as smooth as it should have been, and there’s also the added annoyance of the inaccuracy of the pointer. Engaging with any particular puzzle relies on you hovering the pointer over the interactable spot which represents quite a small fraction of the puzzle itself, and bearing in mind that just about all of the puzzles are all in one place, there seems little logic in the decision not to be able to simply walk up to the area of a puzzle and then press A in order to interact with it, rather than fiddling around trying to select a particular point just to get started. It’s a minor gripe, sure, but it’s an avoidable one, and one which could easily be amended.

Ignoring that, though, the escape room genre has proved to be a guilty pleasure for reviewers like me taking in games which last a few hours at most. Palindrome Syndrome is one which maintains this positive sentiment, and while it does feel very short indeed, there’s a nice little bit of story and atmosphere work here which could fill two or three hours of your afternoon.

Palindrome Syndrome is a competent if short puzzle adventure. Compact and not too difficult, it’s tough to get lost or stuck with this one, but you will be finished with the game in two or three hours. It’s one to pick up when on-sale.