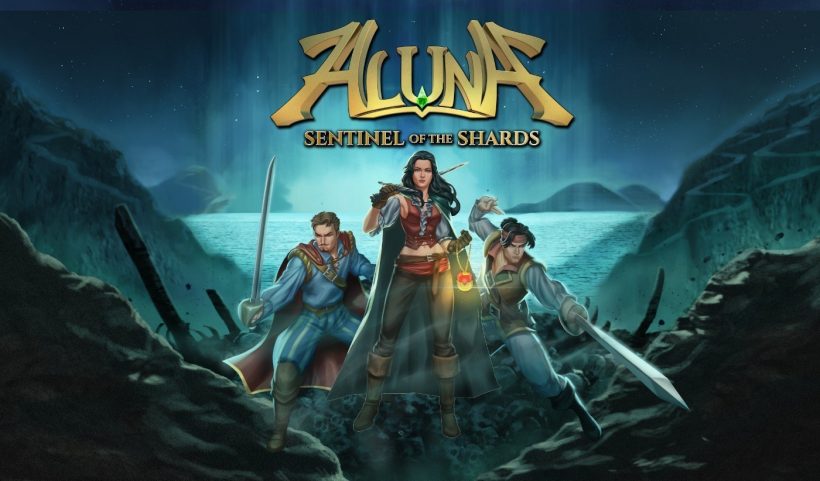 It’s not very often we see a game based on Aztec culture but that’s exactly what we get in Aluna: Sentinel of the Shard. Featuring a half-human, half-goddess protagonist, this RPG has a lot going for it — on paper. Sadly, the actual game doesn’t deliver as it should.

In Aluna: Sentinel of the Shard, players take the role of the aforementioned Aluna, the daughter of the Pachamama — better known as “Earth Mother” — the goddess of the Incans. Now dead, Aluna is on a mission to scour the Incan Empire in search of some powerful shards that are said to contain the heart of her mother. Of course, this journey is not going to be an easy one and there will be enemies to defeat along the way.

The first thing you will notice about Aluna: Sentinel of the Shard is how outdated its graphics are. The character models lack any detail and the environments don’t offer much to look at either. It did leave me feeling like I was playing a game from several years ago or a re-release of an older game and that isn’t ideal for a game released in 2021. The game does feature a fully voiced cast which was enjoyable but it sometimes lacked any personality.

Aluna: Sentinel of the Shard does have a comic book art style in its cutscenes which was really refreshing to see as they look great. It’s a strange contrast, though, as it would have been nice for that kind of style to be used in the gameplay.

Sadly, it doesn’t get any better from here as the game’s combat is extremely dull and weightless. When attacking, it doesn’t actually feel like you’re hitting anything — and sometimes, you aren’t, which became more and more frustrating. Surrounded by a group of enemies, I would often only be doing damage to a single enemy at once, whilst being attacked myself by many. The combat system has little to no depth to it with an uninspiring skill tree.

Often, the best approach was to equip a ranged weapon and spam the attack button until everything was dead. Playing the game this way made it super easy but it also made it super boring. It’s not very often I have to force myself to play a game but unfortunately, this was one of those games.

The AI in Aluna: Sentinels of the Shards isn’t too clever either. Many of the enemies I encountered either just crowded around me attacking and moving in the same manner or standing completely still not attempting to do anything. All enemies have a distance from which they will follow you, after that they will retreat and heal themselves but a lot of the time they didn’t do this anyway. It’s just really inconsistent.

Let’s talk about the ever-dropping frame rate. Throughout my time with Aluna: Sentinel of the Shards, I didn’t once encounter a stable framerate. It was constantly dropping, causing my gameplay to become stuttered and jaggy. This again left me feeling more frustrated than anything and ruined the experience almost instantly.

I hope that the developers will work on the problems that the game has but, for now, there are so many other top-down RPGs that are so much better.

Aluna: Sentinel of the Shards

Aluna: Sentinels of the Shards sadly doesn’t offer anything of interest. Its uninspiring story, gameplay and combat leave the player wanting more than what they got which is a shame because it has so much potential.