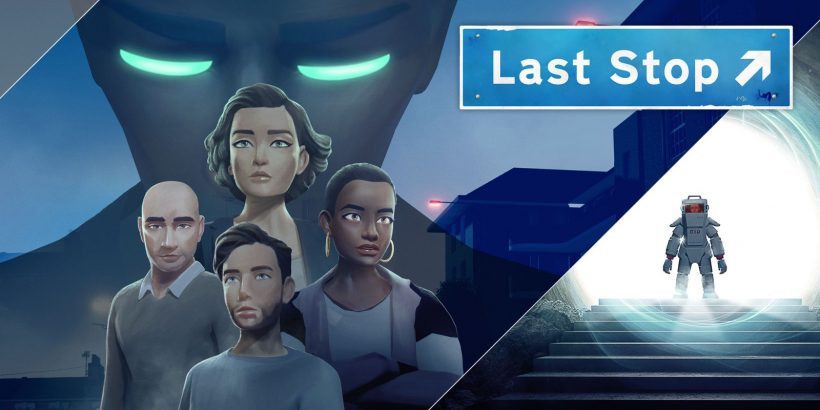 Developed by Variable State and published by Annapurna, Last Stop is one of the latest narrative-focused games to come to the Switch.

Presented as a single-player third-person adventure set in present-day London, Last Stop comes with a unique narrative structure that is built on a familiar game format. It is unique in the sense that it basically presents a short supernatural anthology with three seemingly separated narratives that eventually get interconnected. The game format used for you to play these tales, though, may be quite familiar, as it reminds of the titles developed by Telltale, such as The Walking Dead or Minecraft: Story Mode.

Last Stop is a somewhat limited game when it comes to mechanics. In fact, you will play and enjoy it for the narrative mainly, because most actions available at each moment are related to the dialogue options that you can select. In addition to that, you have a few quick-time events in certain scenes, but they are very simple and limited, and rarely will result in a state of failure or a halt in your progress. Even the dialogue options are more of a style choice than something that will actually change the outcome of each story. Last Stop does have some branching options, but those come way later in the campaign.

The anthology structure of the game brings both good and bad things to the table. For one, it allows Last Stop to tell three narratives that are very different in themes, tone and style. Paper Dolls, for example, is centred on John, a middle-aged single dad who ends up having his mind swapped out with his younger neighbour Jack in a strange event. As you follow the two contrasting characters dealing with the fact that they have to live an entirely different life, you witness a kind of well-humoured and sometimes goofy narrative about the clash of generations.

Domestic Affairs couldn’t be more different than that, as you follow the day-to-day of Meena, an extremely serious-looking woman who struggles to maintain the life-balance between her work (which feels similar to the bureaucratic government institution found in Control), her almost overlooked family, and even some extra-conjugal relationships that promise to stir things up. While Paper Dolls’ comical approach can make you think about something more on the lines of a sitcom, Domestic Affairs is much more tense and complex.

The third narrative of Last Stop, on the other hand, is more of a ‘teenager-style series’ with a focus on youngsters meeting supernatural stuff. Think of it as a mix between Stranger Things and Chilling Adventures of Sabrina (or, actually, Twilight Zone, which works as a reference for the three stories altogether). In Stranger Danger, Donna and her friends Becky and Vivek get in real trouble after following a mysterious stranger, who – according to their observations – is responsible for the disappearance of multiple people. As it is with narratives of this type, the drama is not only about the paranormal stuff, but also the problematic relationship between Donna and her family, not to mention the love triangle with her friends.

As I mentioned before, this anthology approach comes with the perk of presenting very different narrative styles in a single package. However, it also comes with a few drawbacks. For one, there’s the structure you need to follow to progress within the game. Each one of the stories is divided into six chapters, which works almost as multiple episodes for a series. The thing is: you always need to play the current chapters for the three characters in order to unlock the next batch. So, you need to play every chapter one to unlock the second, and so on. While this helps to keep things fresh, as you’re jumping between different narratives, it also limits you on moments where you’re not enjoying one of the narratives for one reason or the other. Did a chapter end in a cliffhanger, and you can’t wait to continue? Well, you need to play the two others before that.

While that is a minor drawback that you quickly get used to, there’s one really huge problem that is specific to the Switch version. In a general sense, Last Stop presents an enjoyable, stylized art style, which is enhanced in some scenes thanks to some interesting camera placement and scene composition. Unfortunately, though, part of that charm is ruined by a very unstable image quality. Some scenes (especially those featuring wider landscapes) become extremely blurred, featuring a huge loss in image quality. At some points, it becomes almost impossible to distinguish where exactly your character is, or what their facial features and reactions are.

You can still enjoy Last Stand’s narrative as it is on Switch, but when you watch the summaries that appear at the beginning of each chapter (which are all pre-rendered), you start to wonder if it was really worth getting what is probably the worst version of the game available. If you can overlook that problem, then you may enjoy a very interesting supernatural anthology that is unique in its own terms.

If you can ignore heavily downgraded graphics for the sake of playing a game on the go, Last Stop can present you with an anthology of three different narratives that are fun, dramatic, and weird in very unique ways.