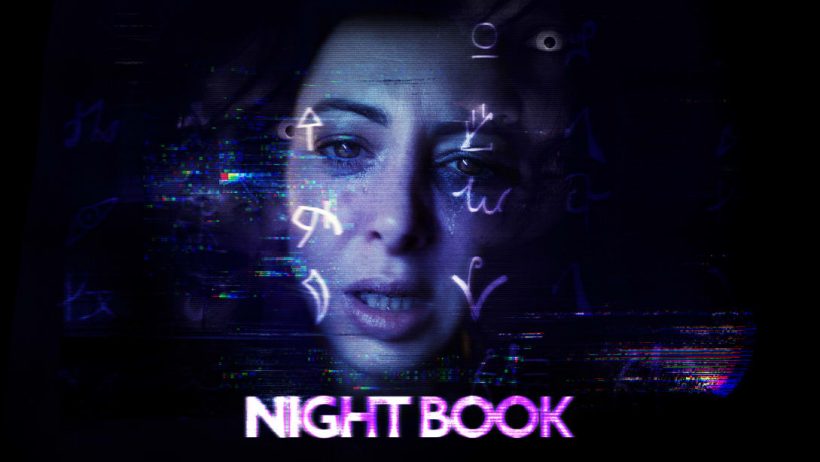 Your fingers race across the keyboard as you try to finish the last of your work: ten Excel spreadsheets down, only seven more to go. Luckily, you work from home now, so at least there’s no more hour-long commute standing between you and your evening meal.

Glancing at the antique wooden clock perched on the back corner of your desk, you groan at the same time as your ravenous stomach. The traitorous timepiece says you still have an hour before the end of your shift.

If you decide to ditch work early to prepare dinner, go to the last paragraph.

If you decide to be diligent and finish your work, proceed to the next paragraph.

Choose Your Own Adventure books have been around since the late 70s. These stories allow the reader to make decisions that control the fate of the characters in the story.

It’s no surprise that this medium would make its way into the film (Bandersnatch) and video game industries as well, both being forms of storytelling after all. Night Book is a full-motion video (FMV) game that plays like a movie and, throughout, players must choose what the main character should do.

Night Book does a good job of maintaining a suspension of disbelief. The game loads up and we see a computer screen. Cameras belonging to the protagonist’s home security system pop up, giving players the feeling of being a bit of a voyeur into the life of the main character, Loralyn.

Flashing between the various rooms in Loralyn’s flat, the security system shows us a cozy living room, a practical kitchen, a spare bedroom, a room with an old man banging his head on the wall…

While Loralyn struggles to balance her work, a sick father, a painful pregnancy, and a fiancee who’s halfway around the world on a business trip, she accidentally releases some angry spirits into her home. It’s up to the player to decide how Loralyn will deal with everything, and inevitably who lives and who dies.

The first thing that needs to be mentioned is the game’s rating: PEGI 16. There are several endings that result in the death of the characters, and — as a spooky occult game — the deaths are a bit gruesome. There is a warning as you boot up the game that there are depictions of suicide and violence, so if topics like that are a trigger for you, steer clear.

However, blood and guts aren’t spraying everywhere, it’s much more a thriller than a slasher film. If you are a fan of the spooky vengeful spirit genre of horror, this is the experience that Night Book will provide to you.

Almost exactly like a visual novel (without all of the reading), at certain critical moments a choice will pop up on the bottom of the screen; players will have a few moments to decide on what action Loralyn should take. Should she be direct or lay on the guilt trip? Should she lock the door, or not? The choices feel a bit arbitrary, sometimes it’s obvious what will happen, and other times it feels like the result of your choice comes way out of left field. This makes keeping your loved ones alive quite difficult.

There is a bar above every choice that counts down the few seconds you have to decide, and this does add pressure to each decision and makes it feel more serious and exciting. You can turn this feature off in the settings, but doing so really can take the fun away.

At the end of the game, after the credits roll, a results page will show players what they did and what ending they received.

Night Book does not lack replayability: fifteen endings, and each character has several different statuses as well (for example: dead or alive). This page of results is motivating, if only for the reason that it tells you there are other ways the story can turn out, and thus inspires players to see all of the endings.

The replayability factor might be high, but the game itself is rather short. Don’t make too much popcorn to sit down and enjoy this one (unless you plan on replaying it multiple times in one sitting). Don’t go into it expecting a full length feature film (like Bandersnatch), or you will be disappointed.

The story of Night Book, in all its FMV glory, is well acted. There are a few big(-ish?) name actors that you’ll spot if you happen to be a big movie/TV buff. Loralyn is portrayed by Julie Dray (Avenue 5), and one of the side characters is played by Colin Salmon (who the more nerdy might recognize from Resident Evil: Retribution).

All of the actors do a superb job, and do so with so little. Because the premise is that you are seeing everything through Loralyn’s security camera feeds on her computer, the actors have only a tiny space (akin to a Zoom call) to work with. Kudos to the actors, and the director, for successfully telling a creepy story using this medium.

Because the game is FMV, the ‘graphics’ are about as lifelike as can be. The music is sufficiently suspenseful and does a great job at enhancing and heightening the tense and fearful moments. Night Book is also extremely affordable considering all of the work that must have gone into it; a bit short, but replayable: a quick thriller that you control.

Creepy, disturbing, and just a little bit cheesy, Night Book is sure to provide a few fun evenings. If you’re a fan of choosing your own adventure, this game will get you playing and playing again to try and get the best ending.